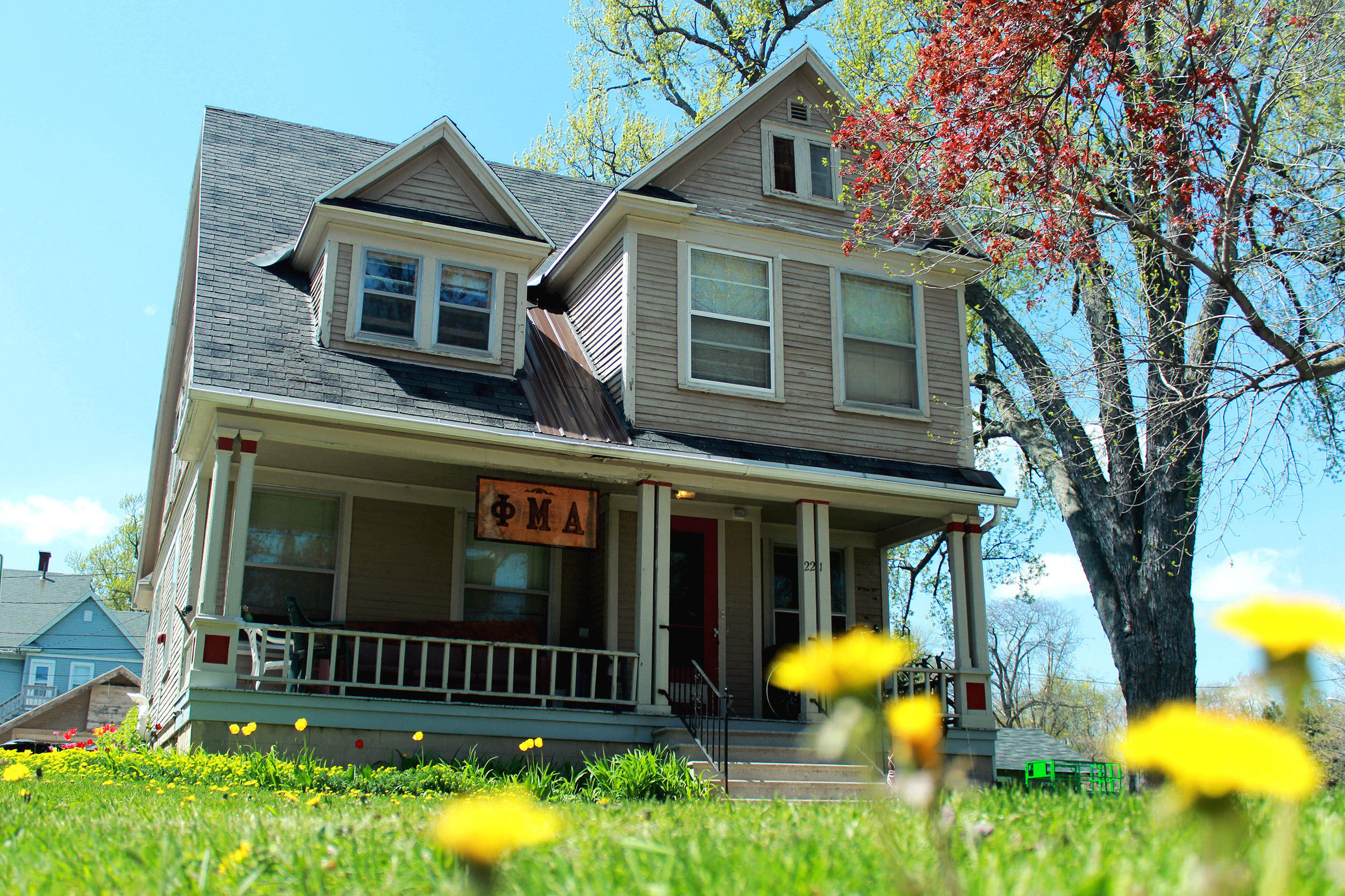 Lawrence University Community Council’s (LUCC) new group living legislation finally came to fruition as the Group Housing Selection Board reviewed group living applications on Thursday, May 6. However, there were significant challenges to efforts to reduce the effect of bias on final outcomes. As a result, many complaints and several formal appeals were filed in the days following selection.

“The decision to combine them streamlines the process, makes them easier to compare, and allows compact lengths to match up,” explained sophomore, LUCC General Secretary and member of Residence Life Committee Madi Gardner. “It’s more efficient,” she said. “I think that’s something LUCC is striving to work toward in all aspects.”

The policy also extends group living to groups not formally recognized by LUCC. This makes any group of students eligible for Group Living if they are committed to fulfilling the criteria put forth by the Residence Life Committee. Despite this significant change, only one unaffiliated group, an all-female group made up of members of Delta Gamma called Anchor Loft, actually applied for group living.

Junior and Residence Life Committee Vice Chair Evan Class cited a lack of advertising as part of the reason for the lack of unaffiliated groups applying. “We absolutely missed putting out proper advertisement for new applicant groups and that’s something that I’m really hoping will change next year,” he said.

Junior Abby Shea attempted to apply for group living for a Panhellenic group. “By the time I realized that my group would be eligible for group living, most people already had other plans,” she explained. “I really think group living would have been great for my group, but unfortunately it did not work out.” 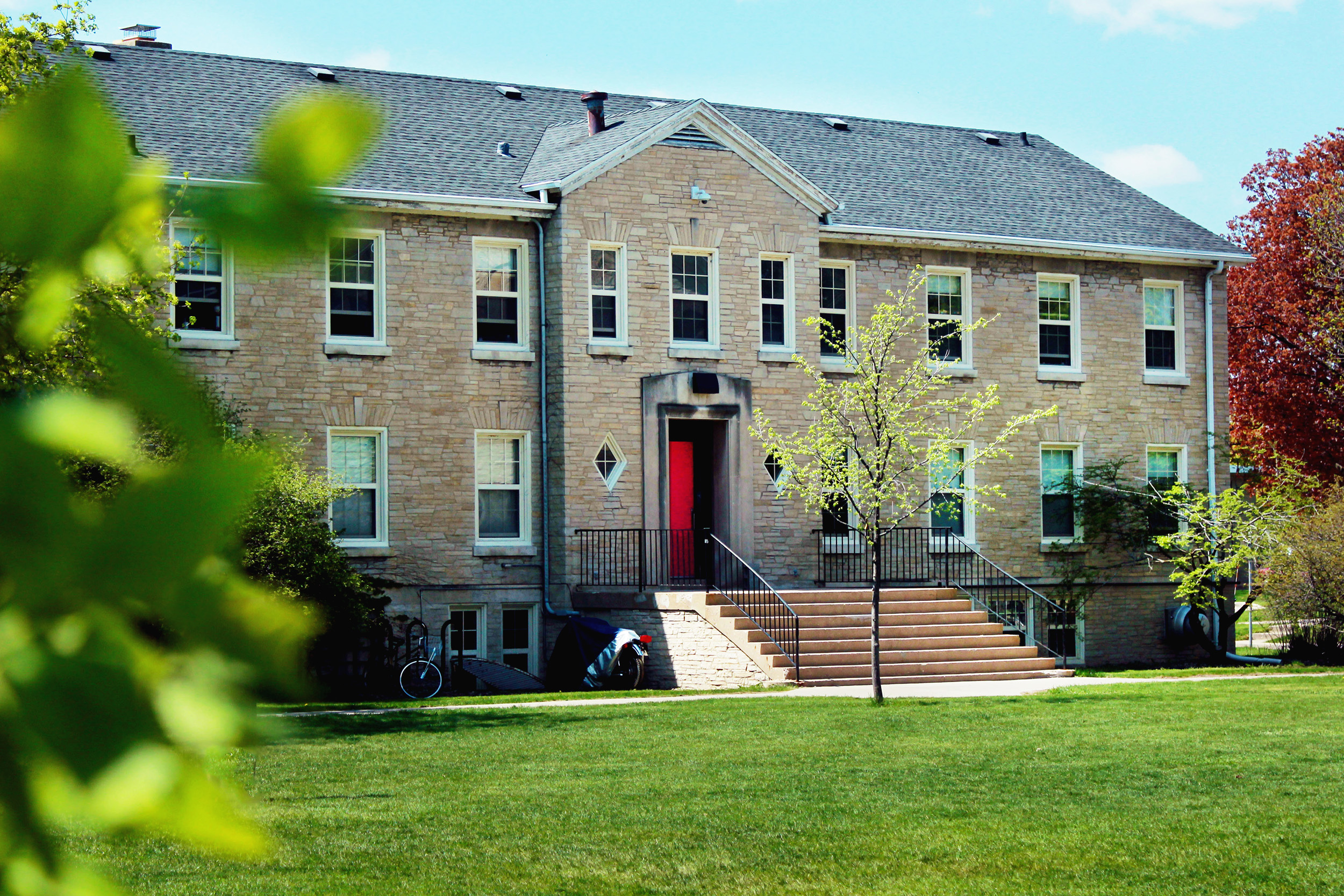 Sophomore and Residence Life Committee Chair Dan Thomas-Commins assured that “we certainly will be reviewing the legislation to make sure that it’s equitable to all groups that we want to be eligible to apply.” Thomas-Commins suggested that the language of the legislation might not be accessible to groups with less experience with the past group housing application process.

In addition, the legislation shortened the awarded compacts to either one or two years, which will result in groups reapplying more frequently. More frequent evaluations of each group’s merit is hoped to result in greater contributions of group houses to campus culture.

To apply, groups were required to choose a Residence Life Manager (RLM) who attended mandatory Safe Space training. Each group also needed to fill a roster completely for the houses or lofts for which they were applying. The application of a selected group was required to demonstrate a commitment to the values put forth by the Residence Life Committee.

All other selected houses received one-year compacts. These include Outdoor Recreation Club (ORC), McCarthy Cooperative House, Swing Dance House, Sigma Phi Epsilon, Phi Mu Alpha Sinfonia and the newest addition to group living, Cultural Food Club. Sinfonia, like Greenfire, has been relocated to the Colman Lofts. Cultural Food Club will also be in a Colman loft. All other groups will remain at their current address.

Because students make these group housing decisions, preventing bias from creating unjust outcomes is key to ensuring a fair process. In order to limit bias, the affiliations of board members were scrutinized throughout selection. LUCC’s Residence Life Committee appointed two students. Junior and LUCC President Max Loebl recommended another three. These recommendations were reviewed by the Steering Committee and approved by General Council.

The last four members represented each class year and were chosen randomly from a pool of approved applicants. About a third of those who applied were rejected due to biases foreseen by the Steering Committee. “This was limited because Steering doesn’t necessarily know everyone’s involvements and it’s hard to know everyone’s biases,” commented Loebl.

Because the Residence Life Committee is small, the committee had very few options to choose from when deciding who should be appointed. Similarly, LUCC recommendations were not checked for bias with the same systematic electoral process used to choose class representatives.

Bias played a role in the housing selection process, though. After reviewing applications and interviewing each group, individual members of the selection board scored each group according to a rubric with specific criteria relating to groups’ applications. The criteria evaluated the groups’ plans to serve campus and the greater Appleton community, as well as the merits of programming for which the group was planning to use the space.

“While we have a rubric, it is only intended to guide discussion; the members on the selection board still are able to put down whatever score they want,” emphasized Gardner, admitting that the scoring process was not objective.

The scores for each group were compiled and each house was ranked from highest to lowest score. Gardner said, “Immediately there was a clear divide; we had three groups that were on the bottom and then there was a big jump in scores.” After seeing this large discrepancy, Gardner noted that discussion centered mostly around why each of the lowest scoring groups deserved a group living space.

Sophomore and LUCC Public Relations Secretary Hitkarsh Chanana, who represented LUCC on the Housing Selection Board, noted that “in that high pressure situations when you’re discussing all the factors, you get a crazy amount of information, and it’s hard to organize all that information in such a short amount of time and make a fair decision instantly.”

Chanana suggested that it may be beneficial to extend the selection process over a period of days. “I feel like there needs to be more time in between discussing, getting all of that information, trying to then organize it and then making a decision about a house.”

Several appeals were made regarding the decisions of the board. Gardner made one of the appeals in regard to a blind 5-4 vote. After more discussion, two board members requested to change their vote, but this motion was denied.

“I felt that for someone not to be able to change their vote is unfair and to have that effect the outcome of the decision is wrong,” explained Gardner. “I had a lot of issues with that process,” she said.

Gardner’s appeal was not brought forward, as the new legislation specifies that only members of applicant groups are allowed to submit appeals. Thomas-Commins and Class said that this is something they may want to change in the future.

Because of Loebl and LUCC Vice President Jo-Hanna Rifai’s affiliations with groups that also made appeals, Sigma Phi Epsilon and Delta Gamma, respectively, both were unable to make decisions as to which appeals were to be brought to the Executive Council Meeting on May 9. As set forth by LUCC protocol, Residence Life Committee reviewed appeals instead. Only one of the five appeals made in regard to the outcomes of the selection was brought forth in the Executive Council Meeting and voted upon.

As a result of the Executive Council Meeting on May 9, appeals by the only group denied housing, Anchor Loft, were accepted. As a result, Group Housing Selection Board will be required to meet again. To correct bias, four members were removed from the board due to their affiliations with Delta Gamma or due to biased remarks made during the first session. Thomas-Commins has confirmed that alternates will fill the vacancies.

Lawrence University Community Council’s (LUCC) new group living legislation finally came to fruition as the Group Housing Selection Board reviewed group living applications on Thursday, May 6. However, there were significant challenges to efforts to reduce the effect of bias on final outcomes. As a result, many complaints and several formal appeals were filed in…