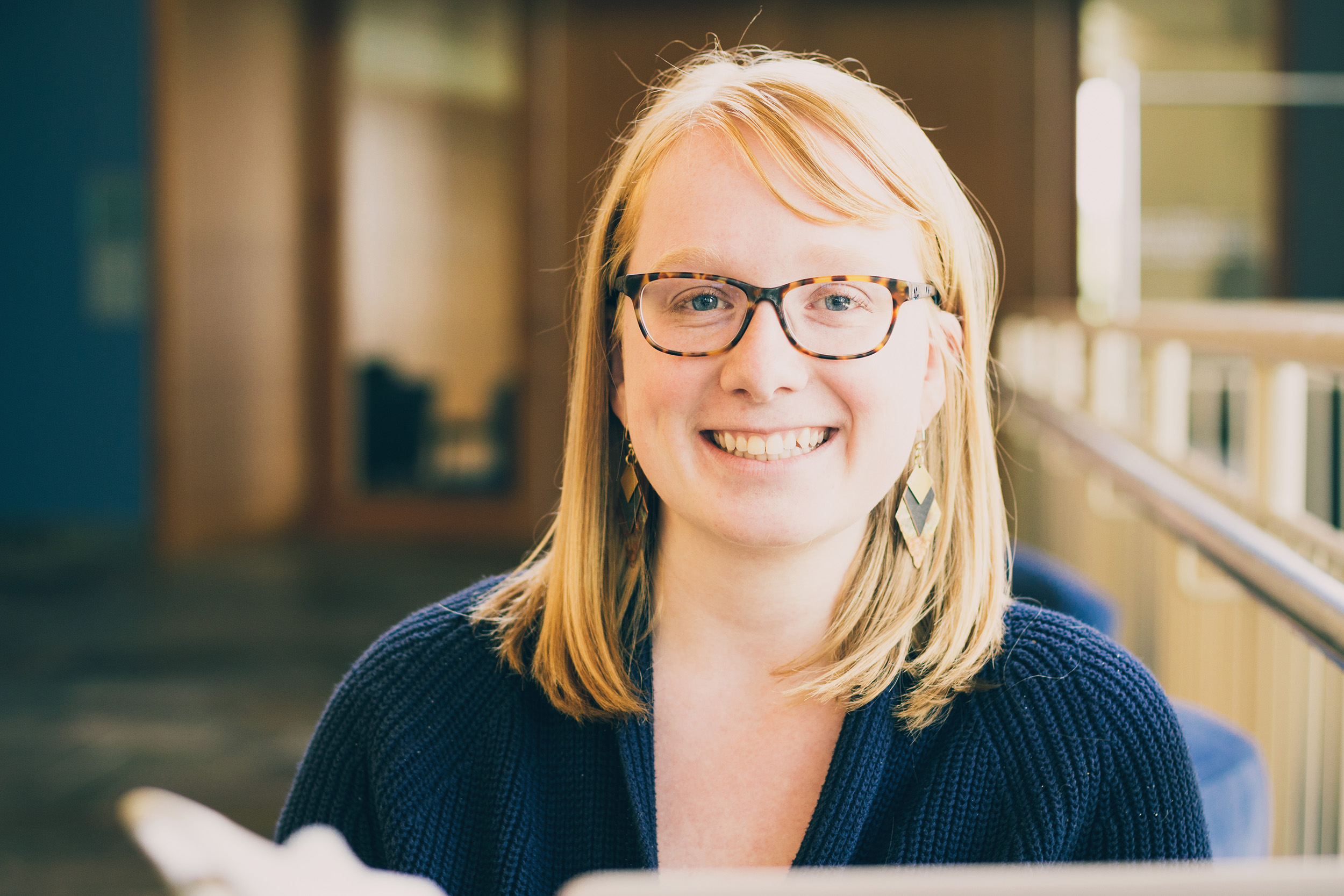 With graduation quickly approaching, our time with the class of 2016 is getting short. This column will feature a different senior each week for the rest of the year to give us a better idea of what members of our senior class are doing after Lawrence and how they got to where they are today. This week’s senior is Mackenzie Rech, who will begin working as a senior business analyst at Optum, a healthcare consulting company in Minneapolis, in September.

“This is so weird, I feel like I’m always interviewing other people,” Rech said as our interview began. Until this term, Rech was one of the news editors of The Lawrentian. For the most part, Rech is looking forward to leaving the interviews behind to start working full-time at Optum. “Once I’m done with training, I’ll be assigned to different projects, so I’ll work with a team for different clients,” she said. “I hope I like my job, and I’m excited about it, but I have no idea. I’ve never had a full-time job. I don’t know what to expect.”

Uncertainty is nothing new for Rech, as she has learned to expect and thrive in it. “I didn’t declare my major until my junior year,” she said. “I have more figured out than I did three years ago, but there’s still a lot of uncertainty. I think people who know absolutely what they want to do are wrong, or that will change over time. I think there’s some statistic that people will change careers at six points in their life.”

Rech credited Career Services and patience as being two intrinsic tools in finding her first career point. “It’s definitely a long process—from coming to Lawrence and choosing a major, to figuring out what you might want to do and to actually securing a job after graduation,” she said. “Starting early and just being patient and open-minded is important, and being willing to learn about a lot of different things.”

The process began when Rech decided on an economics major and English minor. Rech said she had considered math for a while, because she had always done well in high school. “Then I took Calc[ulus] III and it was so hard. During one of those midterms I had to leave the room and go cry because I was so stressed.”

Math was out the window until Rech discovered economics: “Econ[omics] requires a lot of math, but it’s not super complicated, and it’s grounded in things that actually occur in the real world, which is cool,” she said. “It’s definitely a challenging major, but it’s really rewarding to work out the problems.”

Rech originally decided on the english minor because she enjoyed the content, but, like a true liberal arts student, she saw the connections between the two subjects. “Doing the English minor helped me a lot with econ[omics], because there’s a lot of econ[omics] majors who are really smart and can solve the problems, but can’t articulate them,” she said.

Overall, she feels that a liberal arts education has prepared her for the challenges she will meet with her new job. “If you go to a liberal arts school, you might not have a specialized skill right when you get out of college, but you don’t really need that,” she said, explaining that the first few months of her job will be specialized training anyway.

“Besides, it’s stupid to get a specialized skill from college and then not use it. If you’re deciding a major when you’re 18, it’s really rare you’re going to be doing that for your career.”

Though Rech is excited about this new phase, she said she will miss the community at Lawrence most of all. “It’s really easy to see your friends here—they’re in the café, or sitting outside the info desk or on the couches in Greenfire. It’s harder to make those relationships in the real world because you’re not in such close quarters,” she said. However, there will be many Lawrentians in the Minneapolis area to ease the transition. “Do you know Will Fraser and Fez? I heard they were featured in this section,” said Rech. Fellow senior Zach Martin will even be part of her group at Optum. “They like hiring gingers,” she said.

For any undergraduates nervous about knowing what they want to do after Lawrence, Rech says to remember, “you’re not committing yourself to doing anything forever.”
In terms of whether or not she feels Lawrence has truly prepared her for this next step, Rech said, “I’ll let you know in a few months.”

Photo by Hitkarsh Chanana With graduation quickly approaching, our time with the class of 2016 is getting short. This column will feature a different senior each week for the rest of the year to give us a better idea of what members of our senior class are doing after Lawrence and how they got to…