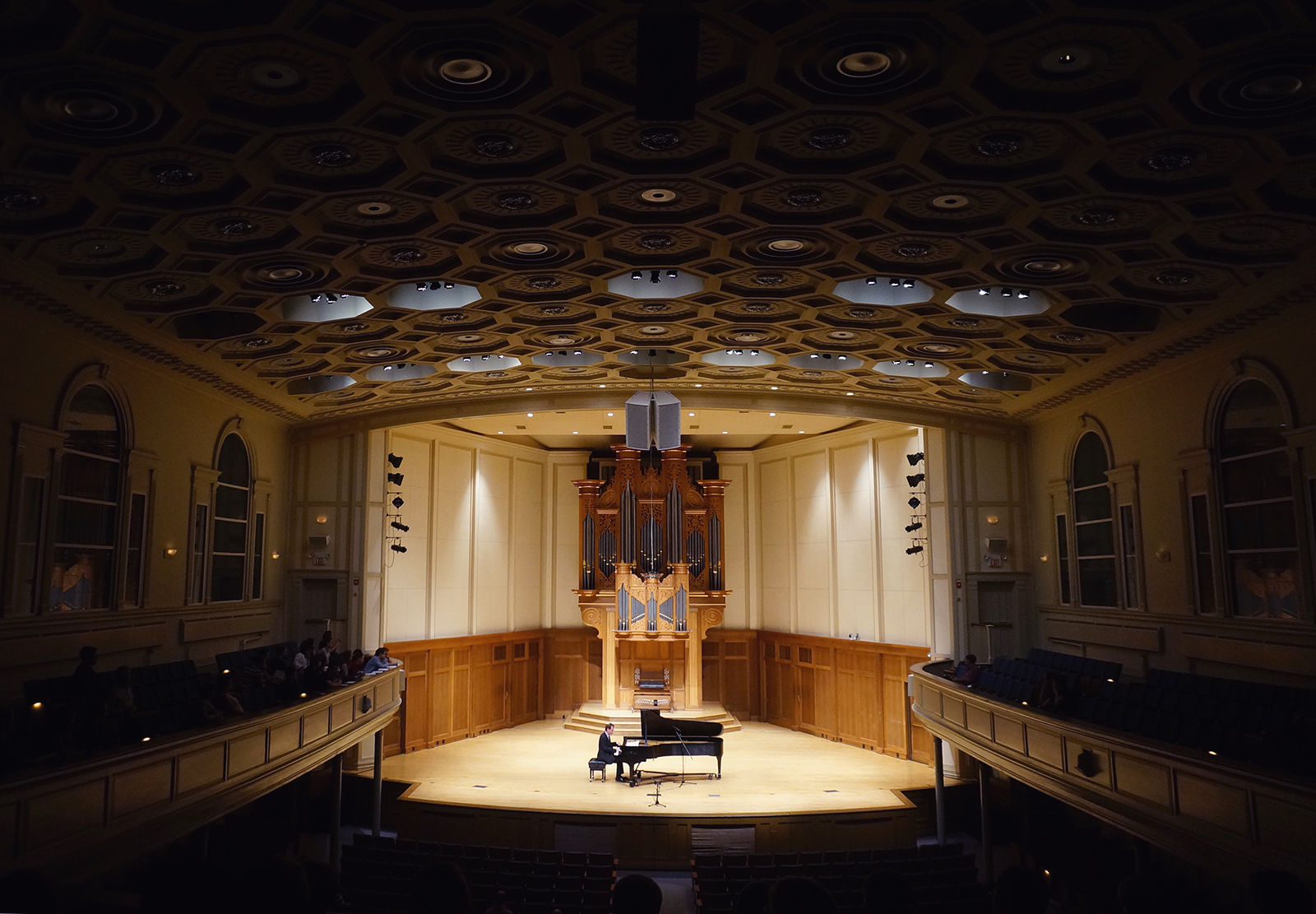 On Sunday, Sept. 18, Associate Professor of Music Michael Mizrahi treated Lawrence student and faculty concert-goers to an exploration of concert dance music in different musical time periods in the Lawrence Memorial Chapel. He played five pieces that demonstrated how certain elements of dance music changed or stayed the same between the 18th and 21st centuries.

Mizrahi chose to begin with no introduction: after a bow and nod to the audience, he sat down and began to play. Most of the audience sat above and behind him in the balcony, positioning themselves with the best view of his fingers on the keyboard.

Mozart’s “Fantasy in D Minor, K. 397” was Mizrahi’s first selection. His playing was sometimes calm, sometimes vigorous, and the constantly-changing music gave him room to show off a variety of technical and emotional skills. He played the piece from memory, stringing together the Fantasy’s dance-like sections as if he had only just decided which would come next.

After he reached the end of the Fantasy, Mizrahi rose to brief the audience on how the dances of Mozart connect to the next piece, “Suite for Piano, op. 25” composed by Arnold Schoenberg in the 1920s. Teaching from the stage seemed to be very important to Mizrahi; he enjoyed making the lessons accessible to those who are less comfortable with advanced music terminology.

“Suite for Piano,” despite its drastically different 12-tone style, was composed in the same form as a baroque suite, with movement names such as “Gavotte” and “Gigue.” The minuet movement was a standout, which highlighted how a familiar musical form could house odd notes.

Next, Mizrahi waited for the audience to settle down before beginning J.S. Bach’s “English Suite No. 6 in D Minor, MWV 911.” This piece also included the standard dance form movements such as “Allemande” and “Sarabande.” Each named movement has a specific rhythm or style, which can be recognized throughout different style periods or instrumentations.

Bach’s famous solo violin and cello suites feature many of the same dances.

After intermission, it was time for the more contemporary pieces, featuring excerpts from operas by Philip Glass and a preview of a piece by Lawrence’s own David Werfelmann ‘06. Mizrahi did a beautiful job bringing out the familiar elements in this less-familiar musical context.

Both pieces exemplified the dance theme in different ways: Glass’s hypnotizing ostinato rhythms hinted at a different sort of motion, while Werfelmann’s traditionally-named dance movements took us on a journey through his unique harmonic style. “Suite a l’antique” was a great choice; the usage of a piece written in 2016 cemented the deep dance-based connections between all five pieces.

Assembling a meaningful and interesting musical program is an important skill. Mizrahi showed us all how playing artfully while keeping the overall concert theme in mind can have a large impact on the feel of a concert.