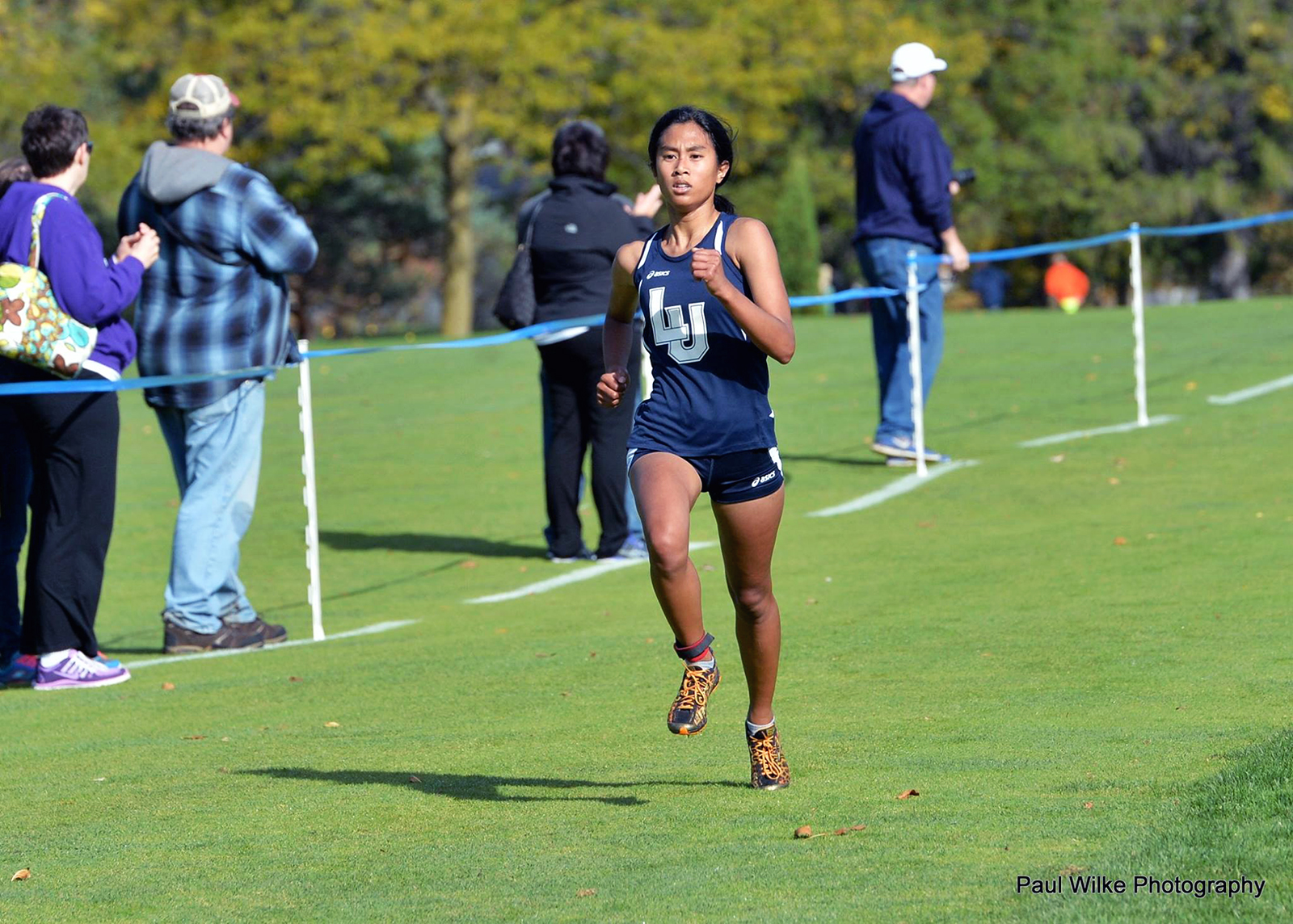 Hannah Kinzer, one of Lawrence’s top finishers at the Brissman Lundeen Invitational, finishes a race.
Photo courtesy of Paul Wilke

This previous weekend, the Lawrence Cross Country team travelled to Rock Island, Illinois to compete in the Brissman-Lundeen Invitational hosted by Augustana College. Augustana marks the halfway point of the team’s season. There were a variety of performances throughout the field of competition, despite unfriendly weather conditions, including heat and humidity.
Augustana is a very large race that brings around 40 teams with approximately 400 individuals per race.

“Most of the athletes were feeling pretty beat once the race was over, but that didn’t stop most of our athletes from achieving great things,” sophomore Josh Janusiak stated. Several members of the men’s and women’s team adjusted their goals due to the weather. “Many of our teammates approached this race with plans to go faster than usual for the first couple miles and then, hopefully, just hang on without passing out, and most were pretty successful despite their memories being altered near the end, but that’s what the heat will do to a distance runner,” Janusiak commented. Janusiak’s light-hearted comment refers to one teammate who has no memory of finishing the race. Despite not remembering, she did in fact finish, crawling across the finish line.

“The Augustana meet is a golden opportunity for our cross country team mainly because there are many strong teams and individuals to compete against,” Janusiak said. “There is clearly a lot of potential on both the men’s and women’s teams, given the race we had in such conditions.” With the season being at the midpoint, most of the runners have pretty tired legs, due to long, grueling workouts, tailoring to the fine-tuning of the competitive aspects of each race for the individuals running. The team has started to decrease their mileage, while still upping the intensity of training in preparation for the bigger meets. “Coach Fast and Assistant Coach Atkins are being especially sympathetic to us in this tougher training period by offering us bountiful support and chocolate milk after our tough workouts,” Janusiak stated.

The cross country’s team’s next meet will be their only home meet at Reid Park on Saturday, Oct. 8, at 10 a.m. Come and show your support as the men’s and women’s team as they partake in competitive races.