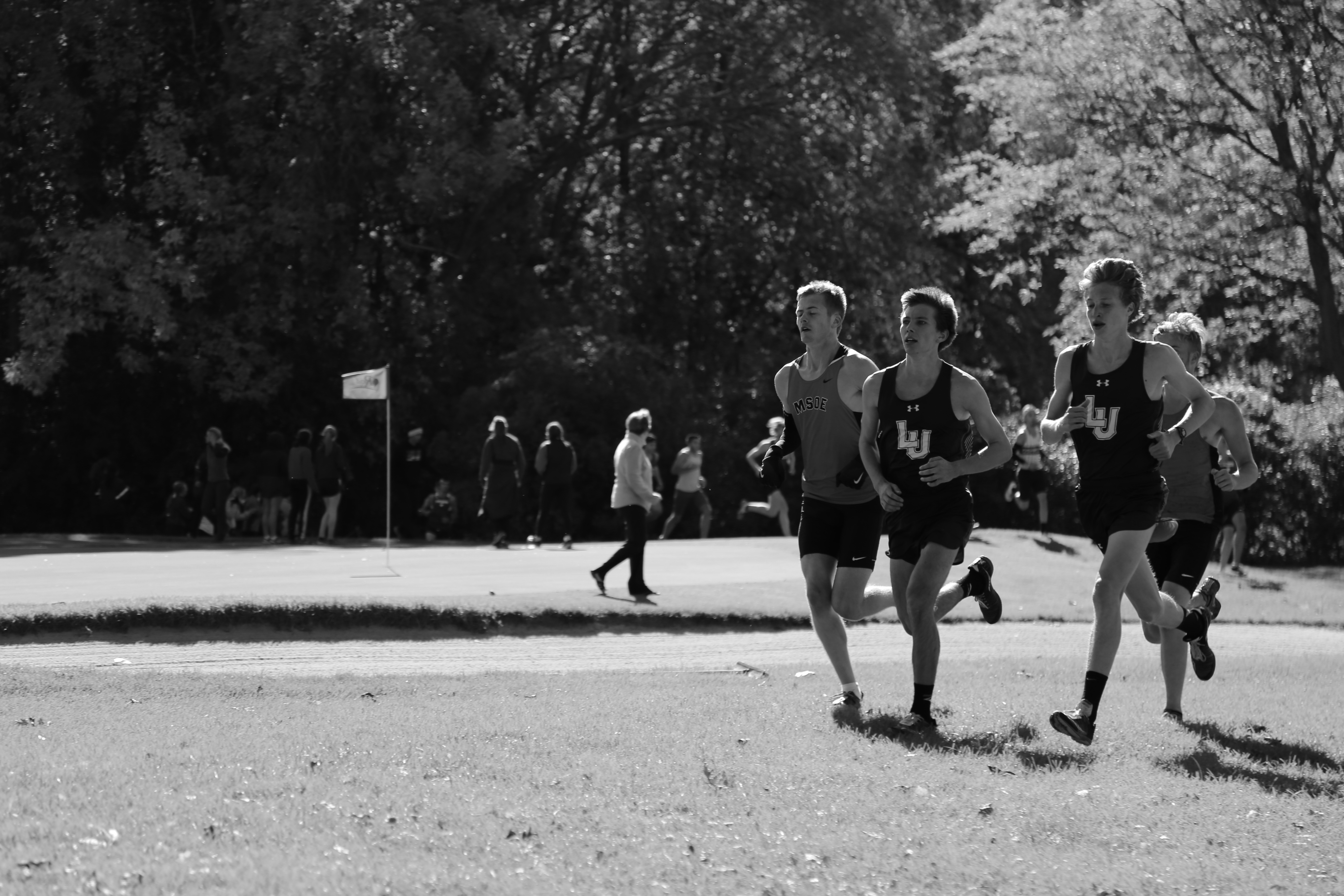 Janusiak and Kortenhof have been frontrunners all season.
Photo by Victor Nguyen

This previous weekend, Lawrence’s Cross Country Team travelled to Beloit, Wis. to participate in the Midwest Conference Championship meet and returned with several accomplishments in their hands. It was held at the Beloit Club Golf Course during a warm and humid spell that is unusual for October. “The course was beautiful,” sophomore Josh Janusiak commented, “It was well-groomed and there were many colorful trees and lots of space with slight rolling hills, which appeared to be much larger near the end of the race.”

Conference is a very stressful time for many athletes due to high expectations, which impacted some runners on Saturday, but overall there were still several performances that were exciting for the Vikings. On the men’s side, Janusiak came out as the conference champion after a very strategic race, with a time of 25:42.6 for the 8,000-meter run. He finished 27 seconds before the second-place runner. Freshman Joe Kortenhof, placed sixth in the race, making him an all-conference runner, with a time of 26:37.2. He was also awarded the Midwest Conference Freshman of the Year honor, which recognizes the freshman who places highest in the conference meet. Sophomore Ben Schaefer ran a time of 27:17.5 and took 21st, while senior Max Edwards was 33rd with a time of 28:05.7. To finish out the scoring for Lawrence, junior Ethan Gniot placed 34th with a time of 28:07.9. The men’s team placed fourth overall in the meet.

Janusiak’s Conference Champion title is his first, and Lawrence’s first since 2011 and ninth runner to accomplish this in history. “It has been my goal throughout the whole season to win the conference meet and I am very proud and excited that everything lined up for the big day,” Janusiak stated. He started out the race quickly with Kortenhof, then built a slight lead over the next pack of runners, before turning that slight lead into a 30-second difference and holding a tough pace for the last couple of miles. “I was mostly taking in the excitement of feeling good during the meet and absorbing the great cheering from the coaches, spectators, and women’s team,” Janusiak added.

The Conference meet was where the Vikings showcased their talents and the outcome for each individual proved that their hard work was well worth it. With the momentum from this race, Lawrence will take the top seven runners from the conference meet for both the the men’s and women’s team and will be heading to the NCAA Midwest Regional Championship in Oshkosh on Saturday, Nov. 12.