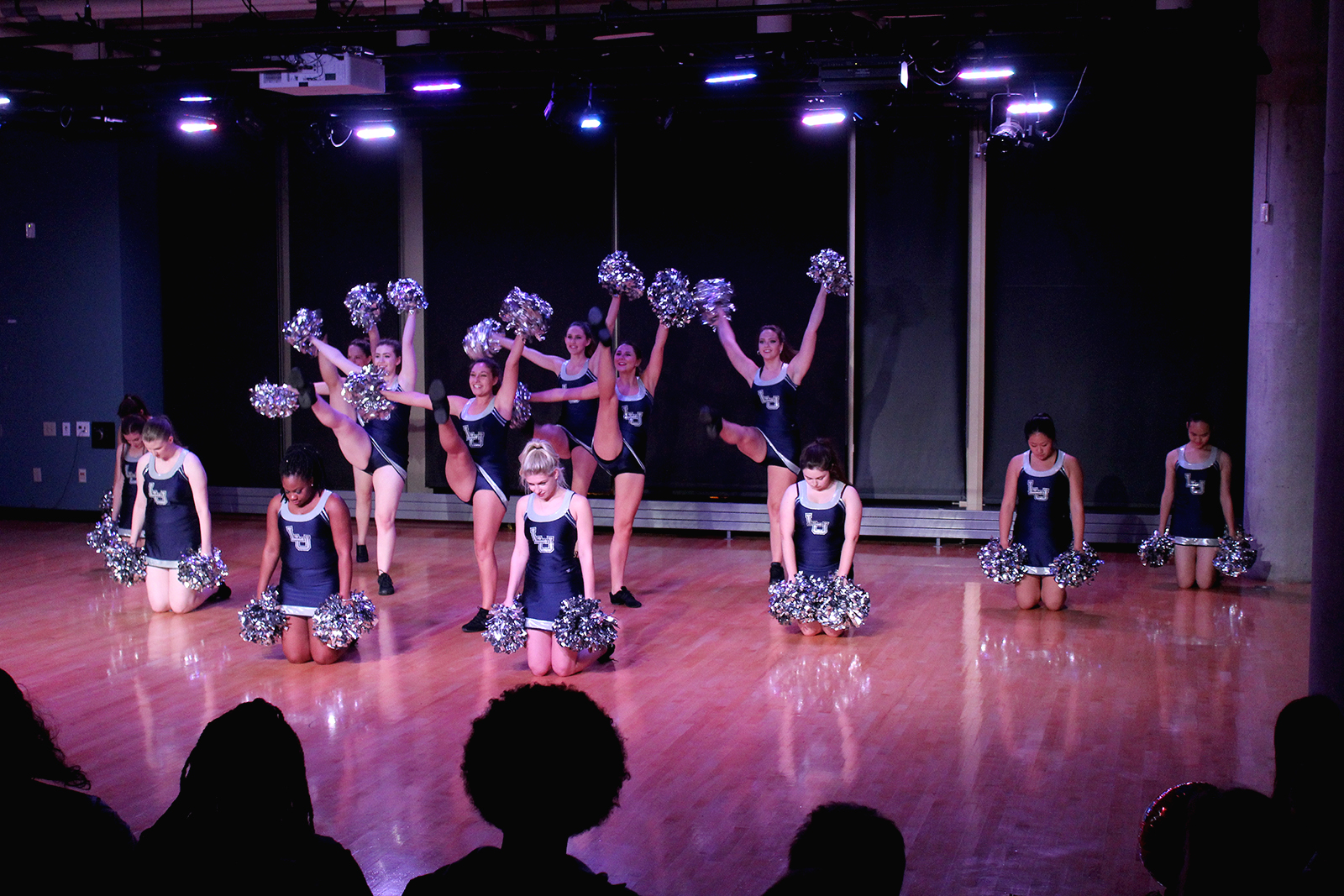 On Friday, Nov. 4, the Melee Dance Troupe presented their Fall Dance Show, titled “Rejuvenation,” in the Esch-Hurvis Studio. In addition to Melee’s own dancers, the show featured the Lawrence University Dance Team (LUDT) and LU Ballet. Together, the three interwoven groups presented a diverse program of dances for a crowd of friends and family.

Senior Simone Marentes, senior Abby Shea and sophomore Tessa Singer, dancers and members of the Melee board, introduced the program and explained how rejuvenation was chosen as a theme: Melee has undergone changes of leadership and creative direction, and this show represented the beginning of a new era for the group.

The first piece was an improvised Irish step dance by sophomore Grace Reif. She tapped and clacked her feet on the ground, making visual and musical patterns as she moved. Although the Irish dance shoes she wore were traditional, the rhythms she made on the floor sounded very modern.

The next piece featured LUDT’s choreography to “Shout Out to My Ex” by Little Mix. They arranged themselves in two groups onstage which interacted with each other, sassily acting out lines of the song. The smiles and positive energy onstage excited the audience.

After that, four Melee members performed a dance to “Elektro Cardiogram” by Kraftwerk. They formed a cluster in the center of the room and expanded and contracted time with the strange electronic beat. The piece featured some careful footwork and intricate group coordination.

Later, junior Amanda Leonard performed a graceful ballet routine to “Dance of Death” by violinist Andrew Bird. By this time, the sun was setting, and Leonard moved through the sunbeams as they poked through the curtains. She explored the tension in the piece of music, reacting to its mood and atmosphere.

When creating a dance routine, Melee Dance Troupe, LUDT and LU Ballet focus on studying movement rather than simply creating a list of steps. Their lessons in efficiency and agility can be applied to daily life.

The Lawrence University Dance Team performs in the Fall Dance Show, “Rejuvenation.” Photo by Kiran Mufty On Friday, Nov. 4, the Melee Dance Troupe presented their Fall Dance Show, titled “Rejuvenation,” in the Esch-Hurvis Studio. In addition to Melee’s own dancers, the show featured the Lawrence University Dance Team (LUDT) and LU Ballet. Together, the…