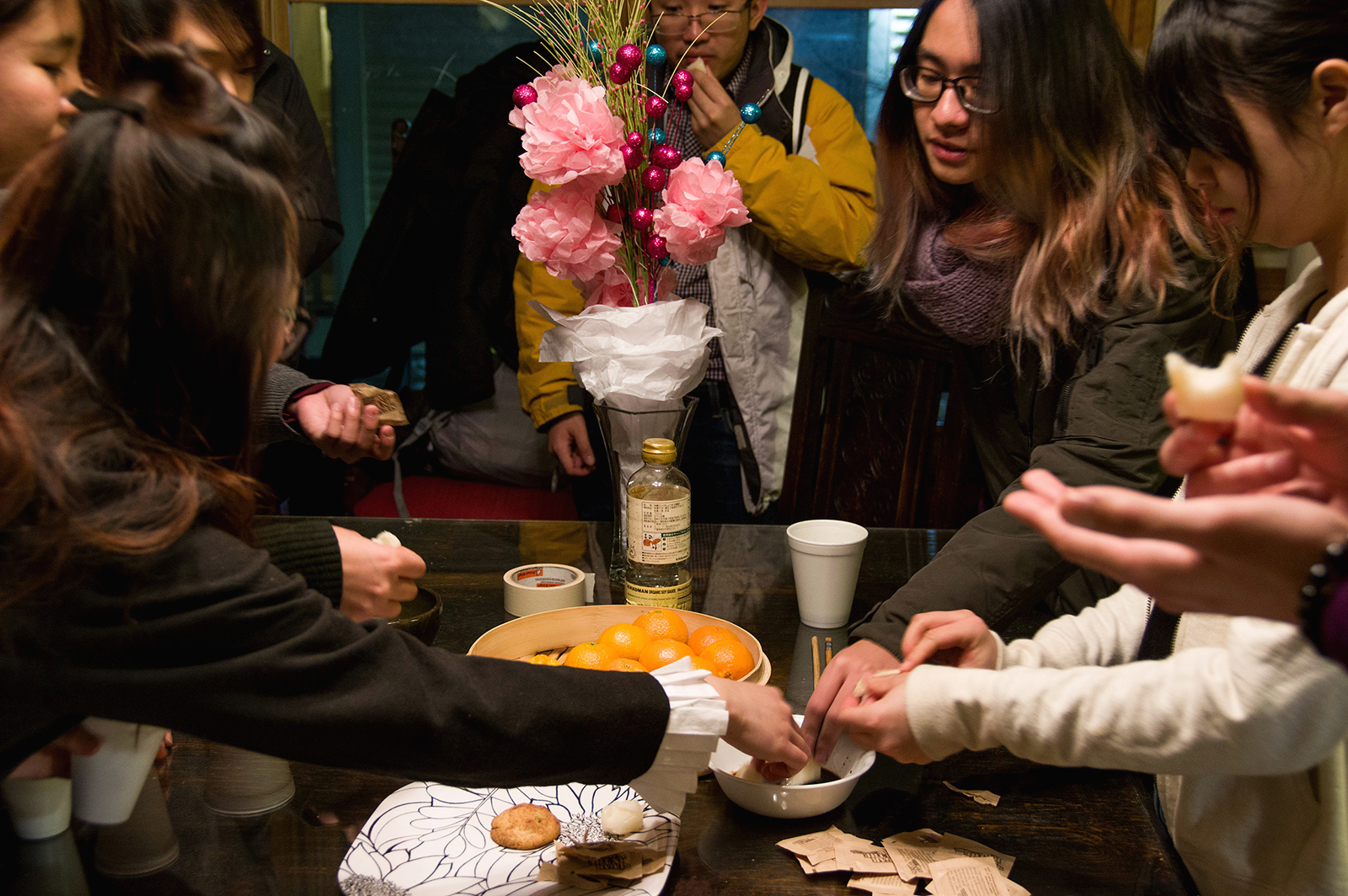 There is no better way to start off the new term than in the company of close friends. Attendees of Waseda’s Japanese Coming of Age ceremony took this sentiment to heart on Jan. 6. The ceremony honored Japanese students transitioning into adulthood this year by presenting them with gifts and words of wisdom from friends in front of a small audience. This ceremony dates back from over one thousand years, and continues as a time to celebrate the new responsibilities and lifestyles that come with adulthood, even here at Lawrence University.

Both four-year full-time students and exchange students from Waseda University participated in the event, which was held in International House and sponsored by the Waseda program. Amongst those honored in the ceremony were sophomores Yuta Hayashi and Kazuma Noguchi, Waseda University sophomores Tatsuya Yarita and Miyu Ozono, and junior Ashley Dary.

The ceremony is part of an annual Japanese tradition, which takes place on the second Monday in January. The celebration honors the Japanese youth who will be turning twenty over the course of the year. While Coming of Age Day has only been a recognized holiday for the last 70 years, writings detailing in its ceremonial practice have been found written as early as the late Asuka Period, supposedly in 714 A.D. Records of this ceremony suggest it originally took place on Jan. 15, which was usually the same day as the first full moon of the year.

Originally, there was no fixed age for this ceremony. For men, adulthood was based on height. If a boy had grown to be 136 centimeters tall, they were then considered an adult, usually making them between 10 and 16 years old. Similarly, girls were considered adults anywhere between the ages of 12 and 16. Nowadays, it is widely accepted in Japan that twenty is the age of entrance into adulthood.

In Japanese culture, twenty is a very important age. At twenty years old, one is considered an adult, both in society and before the law. One is allowed more privileges and personal liberties, similar to turning 21 in the United States.

“It’s a huge deal to turn 20,” said Noguchi. “You can do whatever you want-drinking, smoking,” explained Hayashi, another participant.

Besides the added perks, 20, in Japanese culture, is also an age with many more recognized responsibilities, which have been shifted and redefined many times throughout history. It was not until 1876 that the Meiji Government defined the age of 20 to be the legal age of adulthood for both men and women. Furthermore, it was not until 1948 that the Japanese government chose to recognize the ceremony as an official holiday.

The choice to define Coming-of-Age Day as a holiday came about in response to life after WWII, where much of Japan’s rebuilding was dependent on the young people of the nation. So in the hopes of inspiring confidence and spirit in the lives of the youth, the very first official festival for all of those who had turned 20 in the previous year was held at the Warabi’s Youth Association in 1946. Since then it has spread to communities all over Japan.

In Japan, the ceremony is an important and more formal public event attended by many people. Participants even wear a special kind of kimono. “It’s a very big ceremony,” said sophomore Vicky Liang, who came to the ceremony in support of a friend. “They have their family [and] their friends come.”

The International House’s Coming of Age Celebration started off with a formal speech recognizing the life of those Lawrentians who, now at the age of 20, are considered to have entered adulthood. Afterwards, the atmosphere of the event shifted and the room was full of food, music and community. The experience, however, was slightly bittersweet for some because they could not spend the special day at home with their friends and family in Japan, as is the custom.

Ozono received a short video from her family during the ceremony as a special surprise. Typically, the ceremony would involve spending time with her loved ones back in Japan, and participating in the ceremony alongside others her age. “I can’t go because I’m here”, she said. “I’m a little sad for that.”

In spite of being so far from home, the ceremony still held great value to those involved, who were not able to attend the traditional ceremony at home.

“It’s really nice to have the ceremony here at Lawrence because it’s definitely something that your parents want to see,” said Dary. “Being over here, away from my family, it’s sad that my parents can’t see me like this, but it’s nice to have it celebrated by close friends.”

The event may not have been exactly like the ceremony as it is celebrated back in Japan, but spending time among close friends was definitely appreciated by all. “It is very, very fun”, Ozono said of the whole event.

After the ceremony, attendees spent the rest of the time enjoying the company of good friends, listening to music, and enjoying snacks, including mochi and tea. Even though the customs and criteria of Coming-of-Age Day have changed time and time again, it continues to be celebrated not only in the communities within Japan, but all over the world. International House at Lawrence is always hosting events that stem from traditions found all over the world, so take advantage of this opportunity to learn and to experience new traditions different from your own.