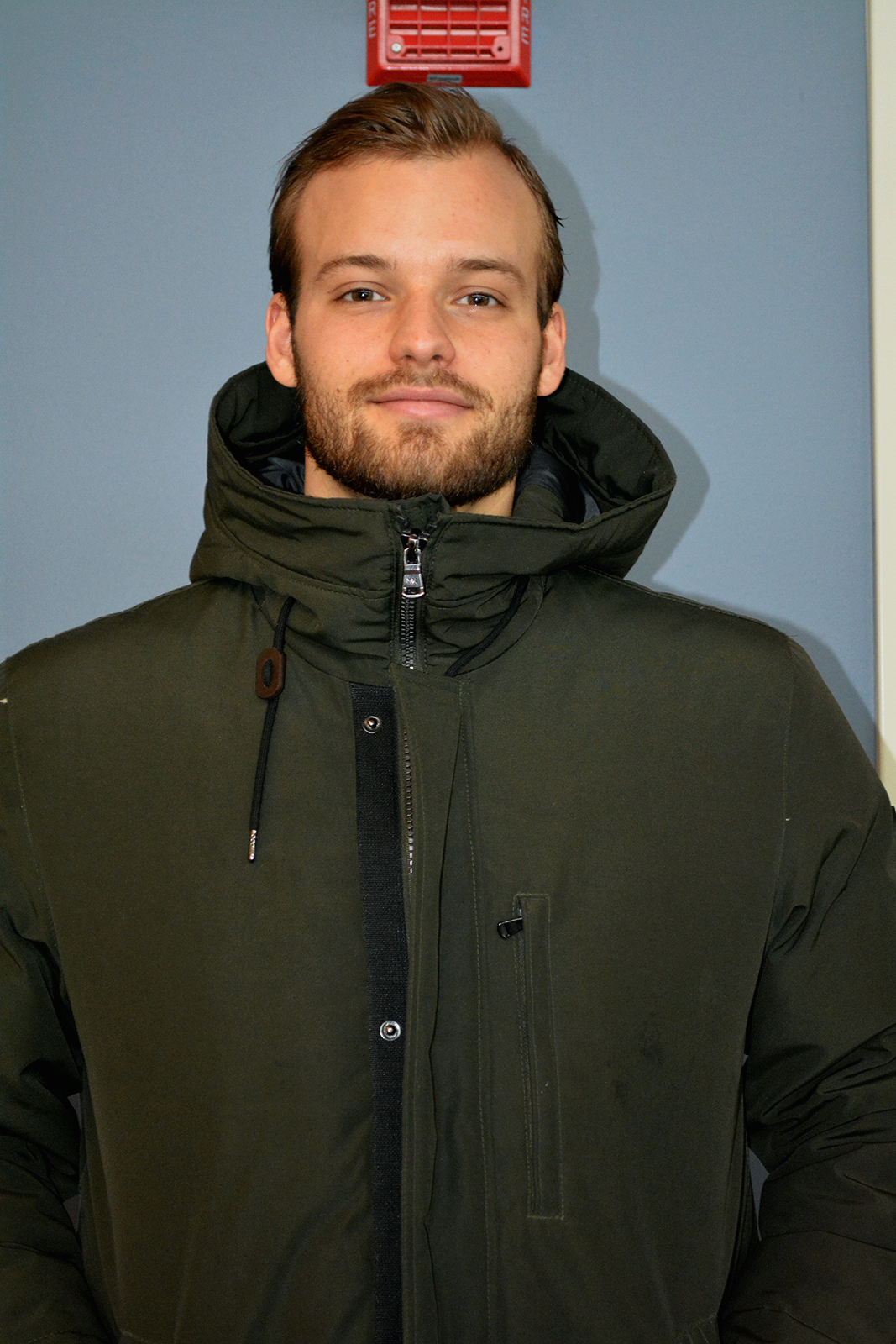 Today I got to talk to with senior Mattias Soederqvist. Over break Soederqvist, goalie for the Men’s Hockey Team, won Defensive Player of the Week for the sixth time in his career. Soederqvist stopped a season-high 42 shots to help the Viking beat the sixth-ranked Auggies. This was Lawrence Hockey’s first win over a ranked team since defeating St. Scholastic in 2014.

Shane Farrell: How is the enthusiasm for hockey here in the Midwest compared with back home in Sweden?

Mattias Soederqvist: I’d say it’s bigger here and in the U.S. overall. Sweden is a relatively small country where people mostly care about soccer. However, we usually do pretty well in international tournaments!

SF: You played for the Indiana Ice before coming to Lawrence, what was that experience like?

MS: It was a great learning experience for me. I was there for six months and learned a lot about myself. I moved straight from high school over to the U.S., and it definitely was a little bit of an adjustment period. Looking back it’s one of the better things that happened to me, even though it was tough at times back then.

SF: You are almost half way through the season, how do you feel the team is performing?

MS: We have a great team this season. We have all the components we need to be really successful, and I am excited for the second half!

SF: Do you have plans to play hockey after college?

MS: I am going to give all I have here for now. I have three months left of my college hockey career and I don’t want to focus on what is coming after. I have a couple of different job offers, and have also applied to grad school so we will see.

SF: During the game against Augsburg you stopped 42 shots, a season high, were you happy with your performance?

MS: It was a big win for all of us. I was happy with my performance, but as always in ice hockey, it was a team effort. We were persistent and kept to our game plan all night which paid off in the third period.

SF: How big of a win was it beating a ranked Augsburg team?

MS: It was definitely great to get a win of that caliber heading into break. It showed that when we do things the way we all have agreed to, we can beat anybody.

SF: Do you feel proud of winning NCHA Defensive Player of the Week six times over the course of your career at Lawrence?

MS: I do. As a goalie your job is to give the team a chance to win every night, and winning league awards like that show you did your job. It is nothing that I think about a lot, but it is definitely something I feel proud of.

Today I got to talk to with senior Mattias Soederqvist. Over break Soederqvist, goalie for the Men’s Hockey Team, won Defensive Player of the Week for the sixth time in his career. Soederqvist stopped a season-high 42 shots to help the Viking beat the sixth-ranked Auggies. This was Lawrence Hockey’s first win over a ranked…