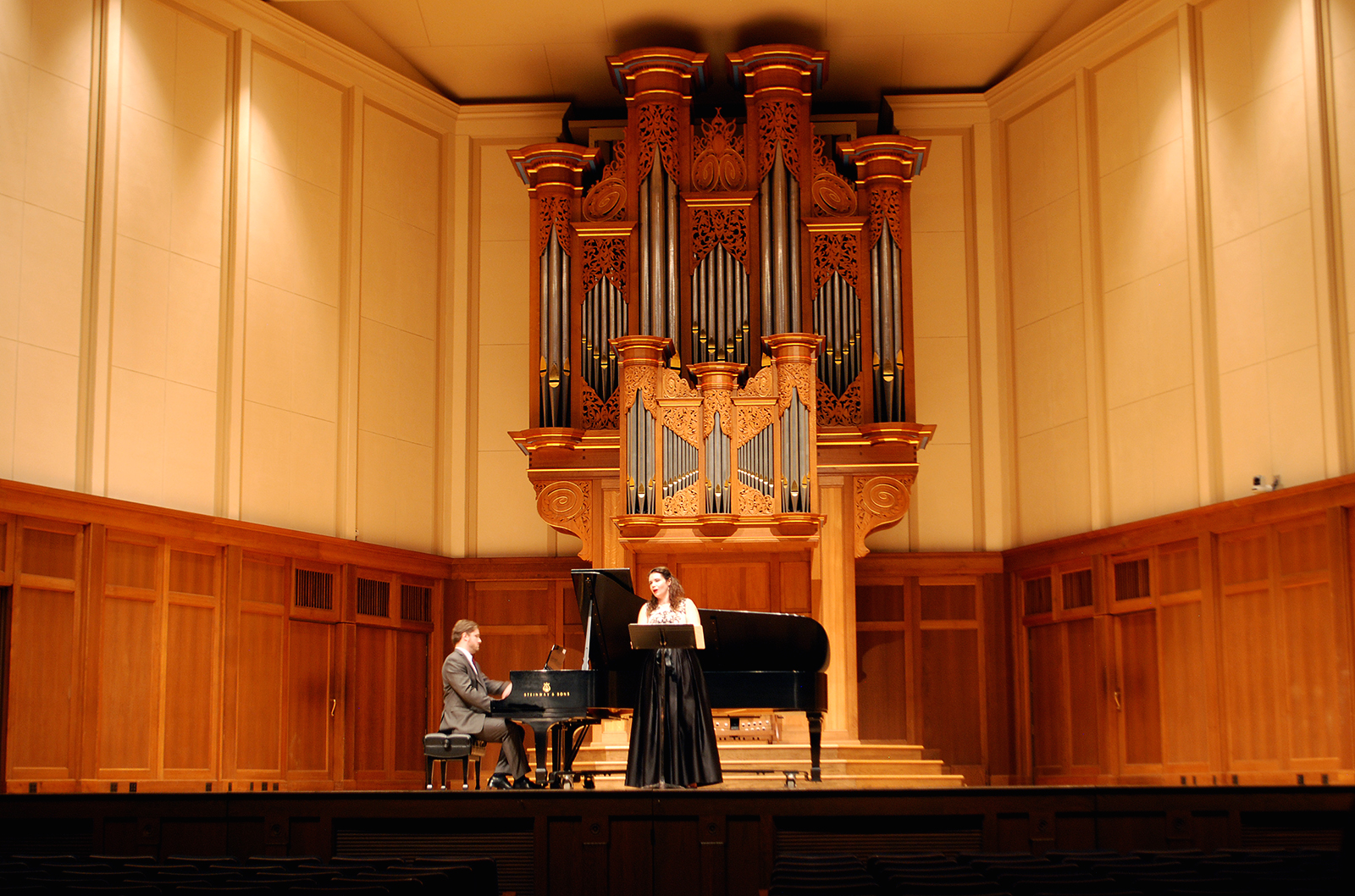 Alumni Funderburk and Benter perform in the Lawrence Memorial Chapel

On Friday, Jan. 13, Lawrence alumni Lacey Jo Benter ’09 and Brent Funderburk ’09 returned to the Lawrence Memorial Chapel to perform a guest recital. Benter, a soprano opera singer, was accompanied by Funderburk on piano. Since graduating from Lawrence, both musicians have made their mark on the music world in a big way, and this fact was well displayed throughout the recital.

Before the performance commenced, Benter informed the audience that the chosen pieces were very close to her heart. This fondness was evident through the emotion and passion that filled the Chapel as she sang. The first piece, “Wesendonck Lieder, WWV 91” by Richard Wagner, contained five different songs and was performed entirely in German. Before each song started, she read an English translation aloud to provide context and meaning.

Benter was entirely engaged in every word that she sang. Her dramatic body movements and intense facial expressions connected with the audience on a personal level. The accompaniment on piano was generally somewhat simple, yet was played with a gentle reservation that was moving. It allowed Benter to show off her impressive vocal range and stunning vibrato. She sang German with exquisite pronunciation; each line was delivered impeccably.

After a brief intermission, Benter and Funderburk continued with five short songs by Jennifer Higdon. These pieces were “Morning Opens,” “Falling Deeper,” “breaking,” “In Our Quiet” and “To Home.” The piano accompaniment here was much more contemporary and complex, and Benter showed off her resonant and alluring voice yet again.

Right before the last piece, Benter realized that she did not have the sheet music for the song with her on stage. She ended up using Funderburk’s music and stood behind him for this song. This physical closeness brought the two musicians closer together in a beautiful way, and this last piece, “In Our Quiet,” was my favorite song of the night. The crowd clapped their approval as the recital came to an end, and Lacey Jo Benter left the stage with an agreeable wink to the audience.