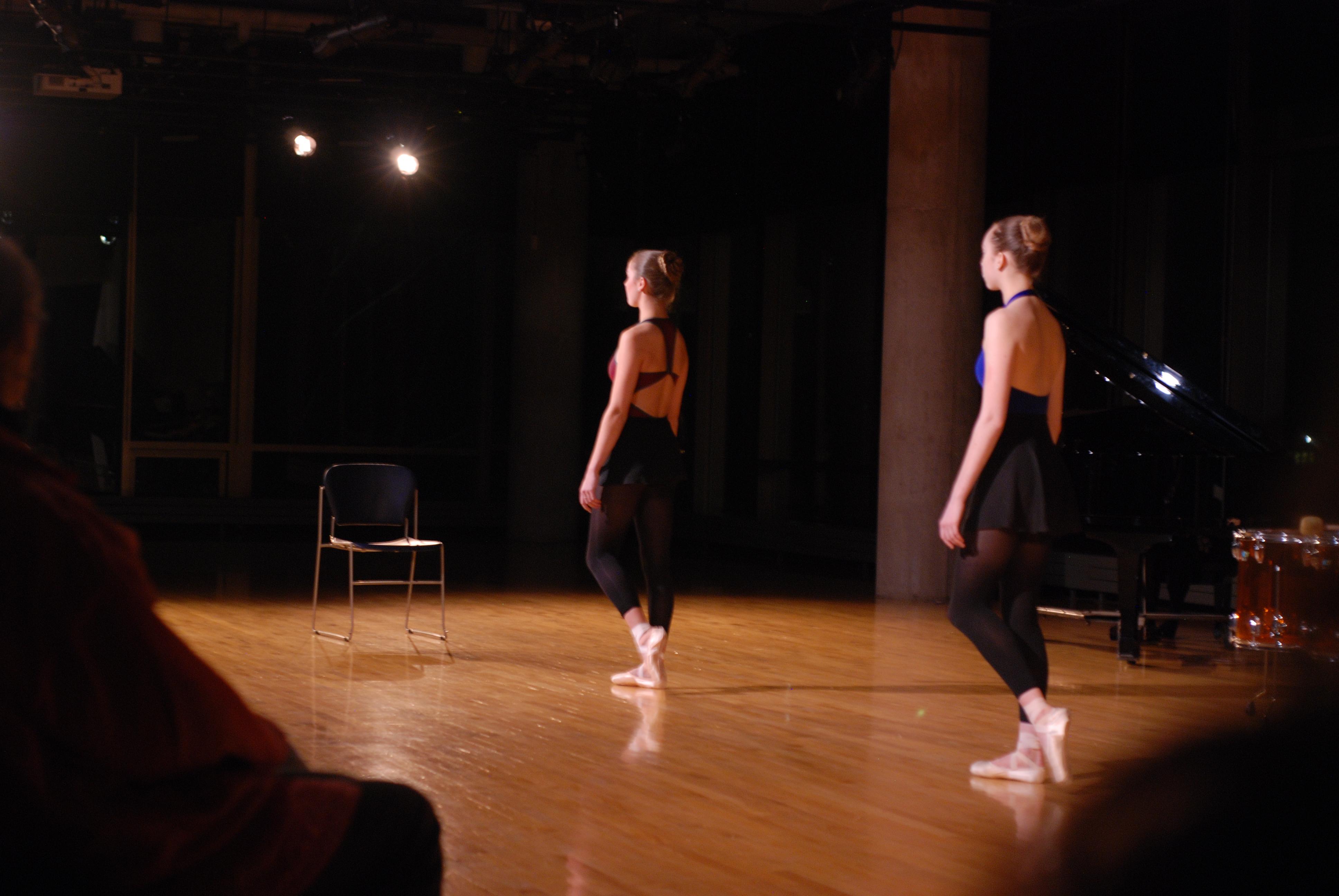 Dancers perform in “Another” as a part of Lawrence’s 2016-2017 Dance Series.
Photo by Angelica Hurtado

“Another,” part of Lawrence’s 2016-2017 Dance Series, is a multi-disciplinary performance exploring the relationship between dance and improvised music composition, directed by Milwaukee-based performance artists Dawn Springer and Jon Mueller, who are interested in reimagining older performance styles in a contemporary setting.

The performance took place in Esch-Hurvis Studio in the Warch Campus Center on Wednesday, Jan. 25. Everything was arranged around a grand piano in the center, a drum set and lap steel guitar were set off to the side and space for the dancers was reserved near the front.

After a brief introduction from Instructor of Dance Margaret Paek, who coordinated the guests’ visit, the performance began. The first gesture of the piece was from one dancer, who began to pop up and down on her pointe shoes, nearly jumping in place. As the second dancer began to imitate the motion, the first switched to one involving raising and lowering her arms.

As the dancers cycled through gestures, the musicians entered inconspicuously one by one. They built an ambient sound space around a four-note major-key melody played on the piano. The drums rumbled gently in the resonant room. The guitar played very sparingly, accenting the sounds of piano keys and pointe shoes once every few minutes.

Although the musicians were improvising, the dancers’ routine was mostly predetermined. Springer’s choreography was elaborate; when they were not holding ballet poses, the dancers jogged in loops around the musicians, nearly colliding. Sometimes the whole ensemble came to a stop and restarted. Sometimes the pitter-patter of pointe shoes was the only sound to be heard.

I came to realize that all of the moving people formed a sort of composite instrument. There was a process of actions and reactions from the performers that became increasingly predictable as they learned each other’s tendencies. “Another” lasted for about 40 minutes, and that length was a statement of its own, especially since the density of activity was relatively low.

In a question-and-answer session afterward, Springer said that to her, “Another” is all about the passage of time, “the moment of uncertainty where you are waiting for the next thing.” Mueller emphasized that he was interested in “setting up a situation where there is very little to hold onto.”