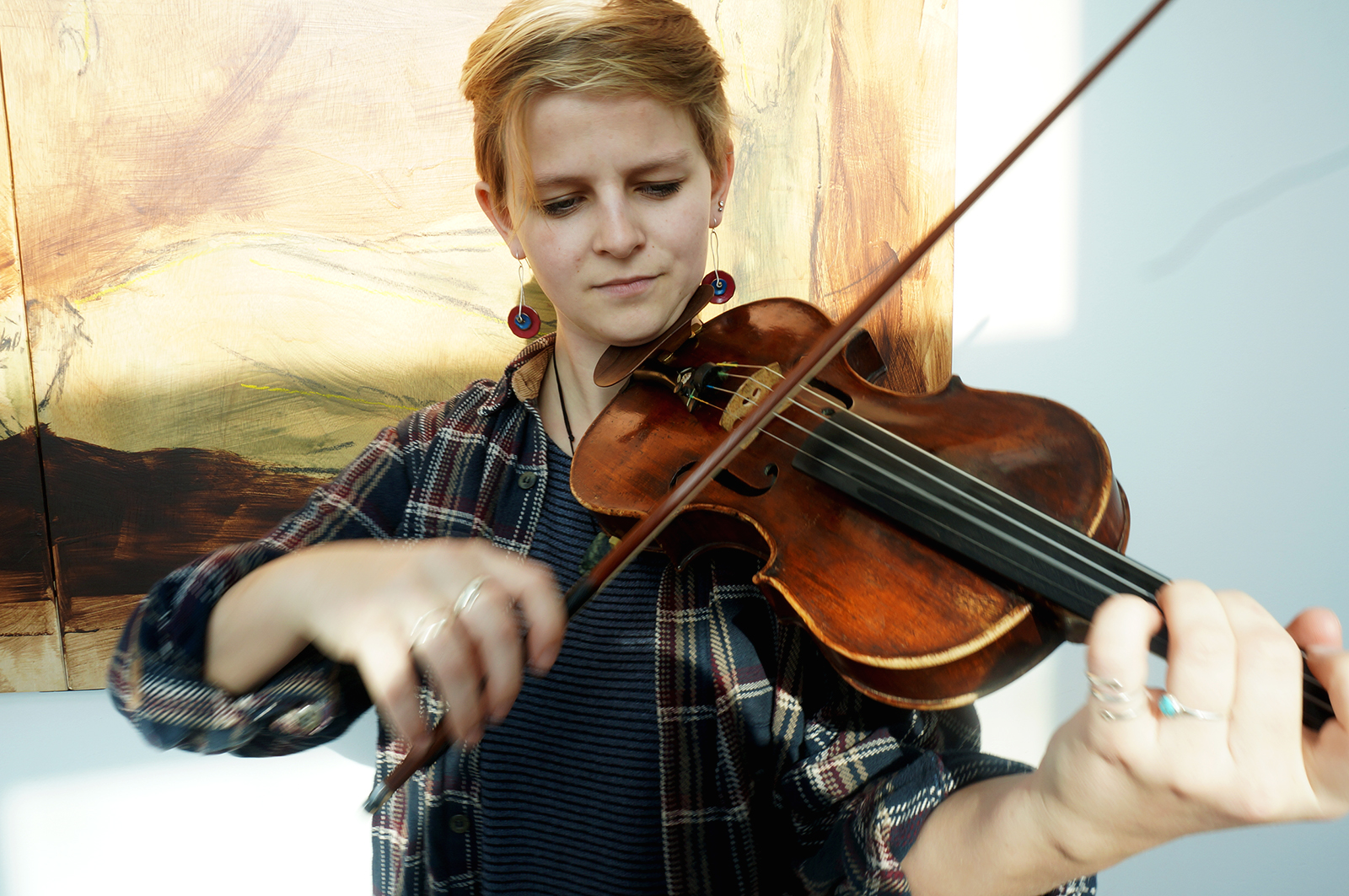 When asked about her interests in both geology and violin, fifth-year senior Isabel Dammann says, “I have really enjoyed having one foot on each side of College Ave, so to speak. I am thoroughly involved in the Conservatory, but also have a fantastic community of geologists whom I can geek out about rocks with.” Pursuing a Bachelor of Music in violin performance, Bachelor of Arts in geology and a minor in environmental science, Dammann agrees that Lawrence’s double-degree program has helped her explore both areas of study while also allowing her to travel abroad and be a part of many different clubs and organizations on campus.

“I feel like the double-degree program has allowed me to use all parts of my brain and to balance my time so I do not get burned out on either music or geology,” Dammann states. She also points out the irony of the five-year program being the most “liberal-artsy” because she is able to study both the arts and sciences, though in reality she says that the rigor of the program makes it very difficult for her to take many electives. “Even with five years in school, I can probably count on one hand the classes I have taken that were not required for either of my majors or my minor. That said, I would not have done it any other way.” Two classes which stand out to Dammann are The Entrepreneurial Musician with Dean of the Conservatory of Music Brian Pertl and Improvisation with Instructor of Music Matt Turner. “Both these courses challenged me to broaden my musical potential and to think critically about my goals as a musician in ways I had not before.”

Since coming to Lawrence, Dammann has been fortunate to be involved in many different ensembles and music groups which have helped broaden her horizons. Playing classical violin with the Suzuki method since she was four-and-a-half years old, she has found a new love for fiddle music and improving upon other non-classical styles at Lawrence. Dammann is part of the Broken Mandolins, a folk-string band which also includes seniors Nick Nootenboom, Allison Brooks-Conrad and Raleigh Heath. She is also a part of the Lawrence Symphony Orchestra (LSO), where she recently served as concertmaster; Fiddlers of Lawrence University (FLU), which Dammann currently leads; the Heavy Metal Ensemble of Lawrence University (HMELU); the Improvisation Group of Lawrence University (IGLU) and she has made a few appearances performing with the Jazz Band and Cantala women’s choir.

“Another musical influence during my time at Lawrence was my study abroad experience with (believe it or not!) the Earth and Environment in Italy program through ACM,” says Dammann. While initially music and geology do not seem to be an obvious pair for a double major, Dammann explains how her time in Italy has also enhanced her musical career. “Nearly everyone on my trip was a musician [to] some degree, and I have never felt more pure joy playing music than when I did fiddling and singing with those incredible people around the pizza oven on a Friday evening.” While Dammann hopes to pursue a career connecting both of her interests, she states, “I am still just as undecided about what I would study in graduate school as I was in picking a single major at Lawrence.” Dammann will be applying to a couple geology-related outdoor education positions and has plans to move to the Twin Cities next year with her boyfriend, where she hopes to have the opportunity to play in fiddle jams and a variety of bands. “Or,” Dammann says, “maybe I’ll pursue my lifelong dream of opening a recycled crafts boutique… who knows where the wind will blow.”