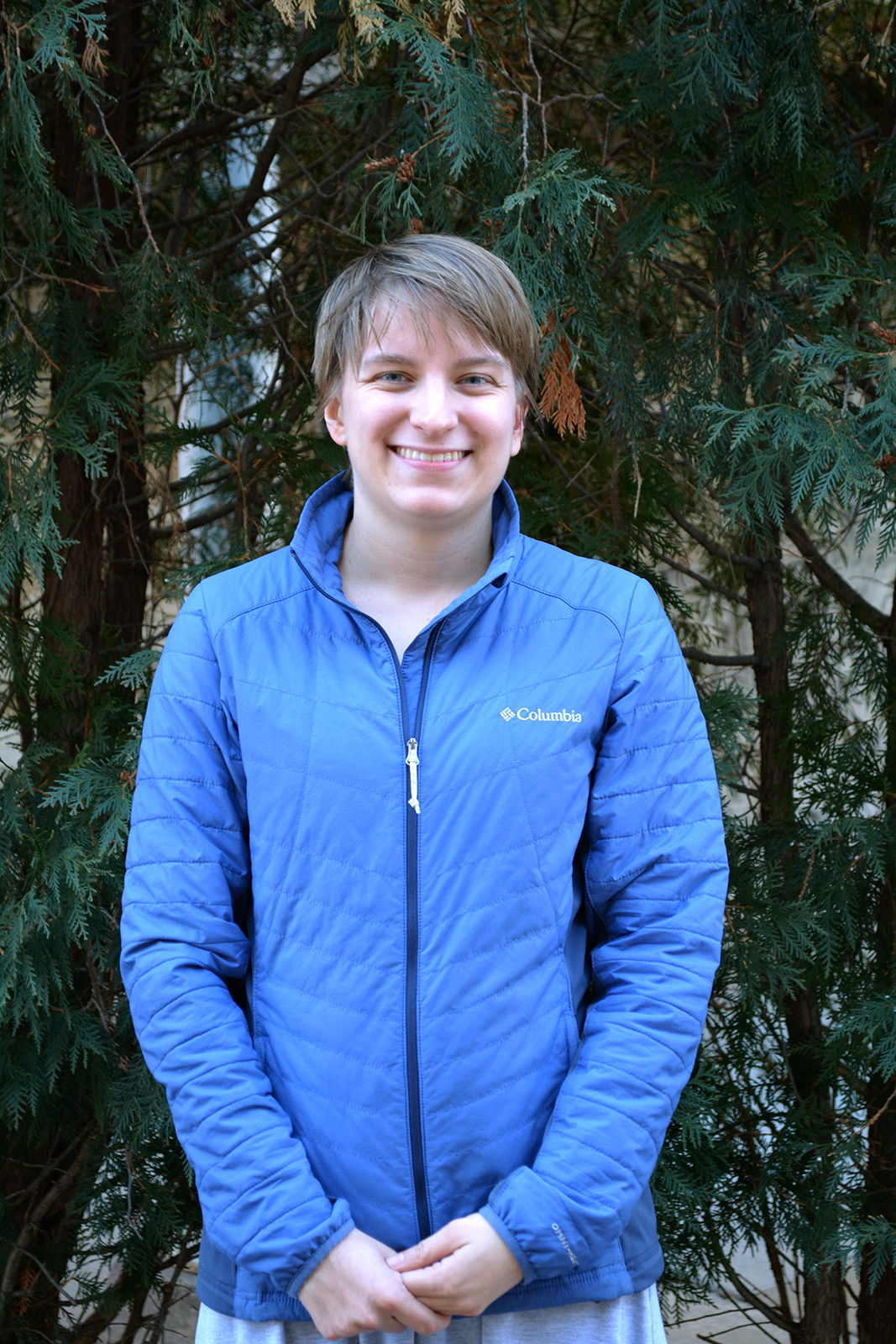 This week I got the chance to talk with Amy Hutchings, a senior on the indoor track and field team. Amy has been a consistent point winner for the Vikings and is a very versatile runner. This year Amy has run the 800, 400 and the 4×400.

SF: How does a team win in track? How are points scored?

AH: A team places first at a meet by earning the highest amount of points as a collective. Individuals are given a designated amount of points if they finish first through eighth in their event. My understanding is that usually first place earns about ten points for their team. What is awarded to an individual decreases as they get closer to eighth place (one point).

SF: How did you get into track and field?

AH: I was a cross country runner, as well as a member of the track team, in middle school. I took a brief hiatus from track to try soccer in high school. I was fast on the field, I did a lot of running after the ball and after opponents—more so than making contact with the ball and scoring points. During practices I would often let my mind wander, and get distracted by the thought of running with some of my friends from the track team. Junior year, I realized exactly how much I missed running. Around that time, I was also applying to colleges, and I realized I wanted to run cross country at the collegiate level. That decision came with an expectation to be a part of the Track and Field team as well. I have never regretted it, though it was a hard transition at first. Track is incredibly different from cross country. Instead of all running the same distance, people were suddenly off propelling themselves over a bar with a pole, or throwing a big heavy thing as far as they could, or barreling over hurdles at top speed. I had to adjust to mid-distance, which my Coach thought was the best fit for me. 800s were my jam. And I was lucky enough to be a part of the 4×8 for my entire high school experience. Since then, I’ve dabbled with the 800, 400, mile, 4×1, 4×4, and, though only in practice, javelin and steeple.

SF: What is the training like for mid-distance runners?

AH: We train a lot like the distance runners, except with different workouts. Each individual has a max mileage which we hit a certain percentage of each week. Even though most mid-distance runners don’t run more than a mile for competition, we still do longer runs on the day after a meet to maintain our endurance and “shake-out” our muscles from the day before. We also have a lifting routine that we do a couple of times a week. As far as the women’s mid-distance team itself goes, it’s a pretty unique dynamic. There aren’t very many of us—this year there’s three of us right now for indoor (shout-out to Kate and Christina). This means we usually build a pretty close relationship to one another. I particularly enjoy that. As a mid-distance runner, I get to spend time with the distance runners for a bit (either on our warm-ups and cool-downs) every day at practice, and at meets I usually do at least one event that some of our sprinters get to do as well. I feel like mid-distance ties those two otherwise very different running groups together.

SF: What is a favorite memory from your track and field career?

AH: I don’t know that there is anything quite like getting to see someone return back to the track after an injury. The other day, as we were doing our workout, we got to see one of our freshman 800 runners do some sprints for the first time since getting his cast off. You could feel the excitement shared by everyone out practicing. The transition back to full-blown practice and racing is difficult—mentally and physically. But if you have team that supports you, and is excited about your return, it makes everything a little bit easier. My freshman year, I had to make that comeback from an injury, and my one of my favorite memories to this day is from the first, short run I got to do with my team again.