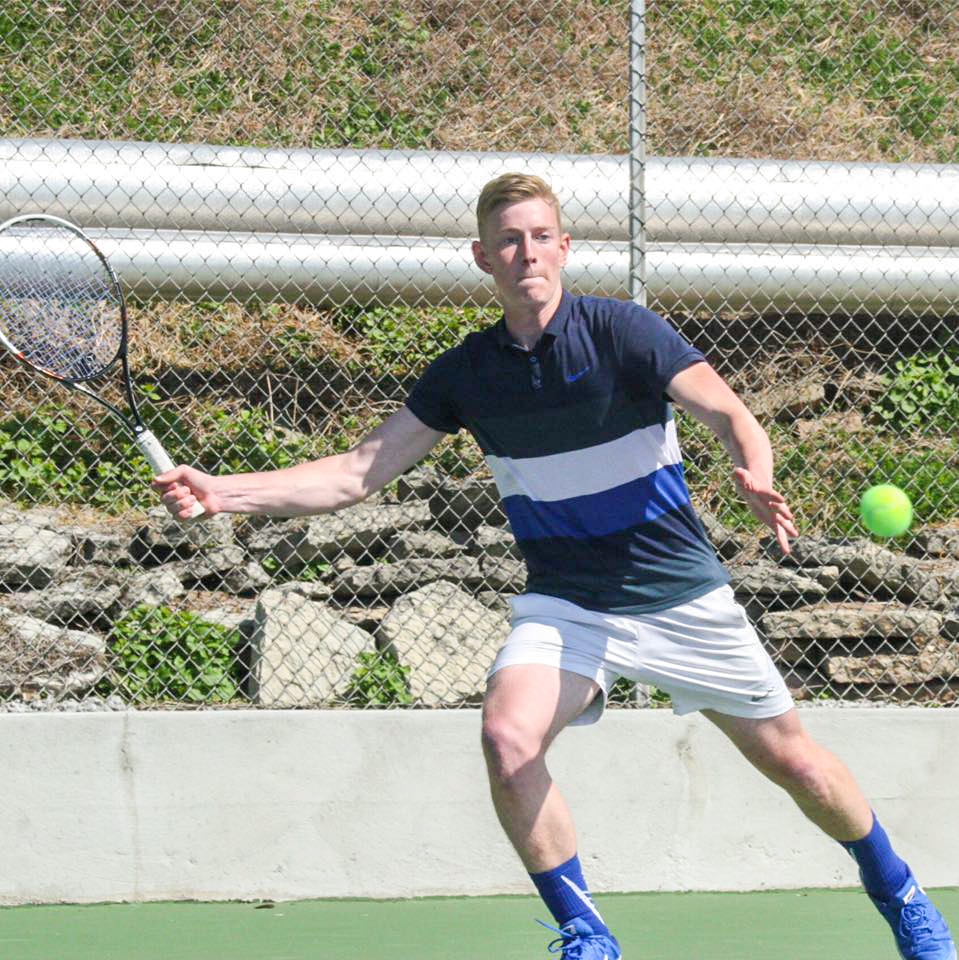 Junior Bill Schuman-Kline is a captain of the men’s tennis team. Schuman-Kline is currently ranked number one in doubles with his partner, senior David Jumes, in the Midwest Conference. The men’s tennis team is currently 6-8 overall and 7th in the conference, but with only two conference matches played the Vikings can rally and compete for the top spot.

Shane Farrell: With five freshmen, you are a relatively young team. What has it been like with the influx of young guys?

Bill Schuman-Kline: It’s been an adjustment period for sure, losing four seniors and getting five freshmen, so it’s just put more pressure on us captains to lead and mentor the freshmen. It’s made us have to work to create a team environment and try to make everyone into a close-knit group.

SF: As a junior captain, how have you stepped up leading the team this year versus last?

BSK: Last year, I didn’t have to take on much of leadership role, so this year I’ve had to step up as a leader and organizer both on and off the court. Working over the summer as a tennis coach definitely helped prepare me for this leadership role.

SF: Do you have a certain leadership style?

BSK: I think my leadership style is louder and blunter than others. While I do try to lead by example, if someone acts up or does something detrimental to the team, I’m going to be the one to let them hear about it and tell them it’s not okay.

SF: With all the young talent, are you looking forward to next year or just focusing on this year?

BSK: For me, it’s mostly about this year, though we do want to set up the program for success in the future. I’m trying to make our only senior, David Jumes’, last year a great one and send him out with a conference berth and doubles title.

SF: Why should people being interested in tennis and come out and support you guys?

BSK: People should be interested because even though we’re young, we’re a very strong team. We’ve got a great shot at making the conference tournament for a second straight year, and we also have a good chance at winning some flights at the conference tournament. Also, the courts are just a five minute walk from anywhere on campus, so we’re easy to watch, whether it’s for five or 50 minutes!