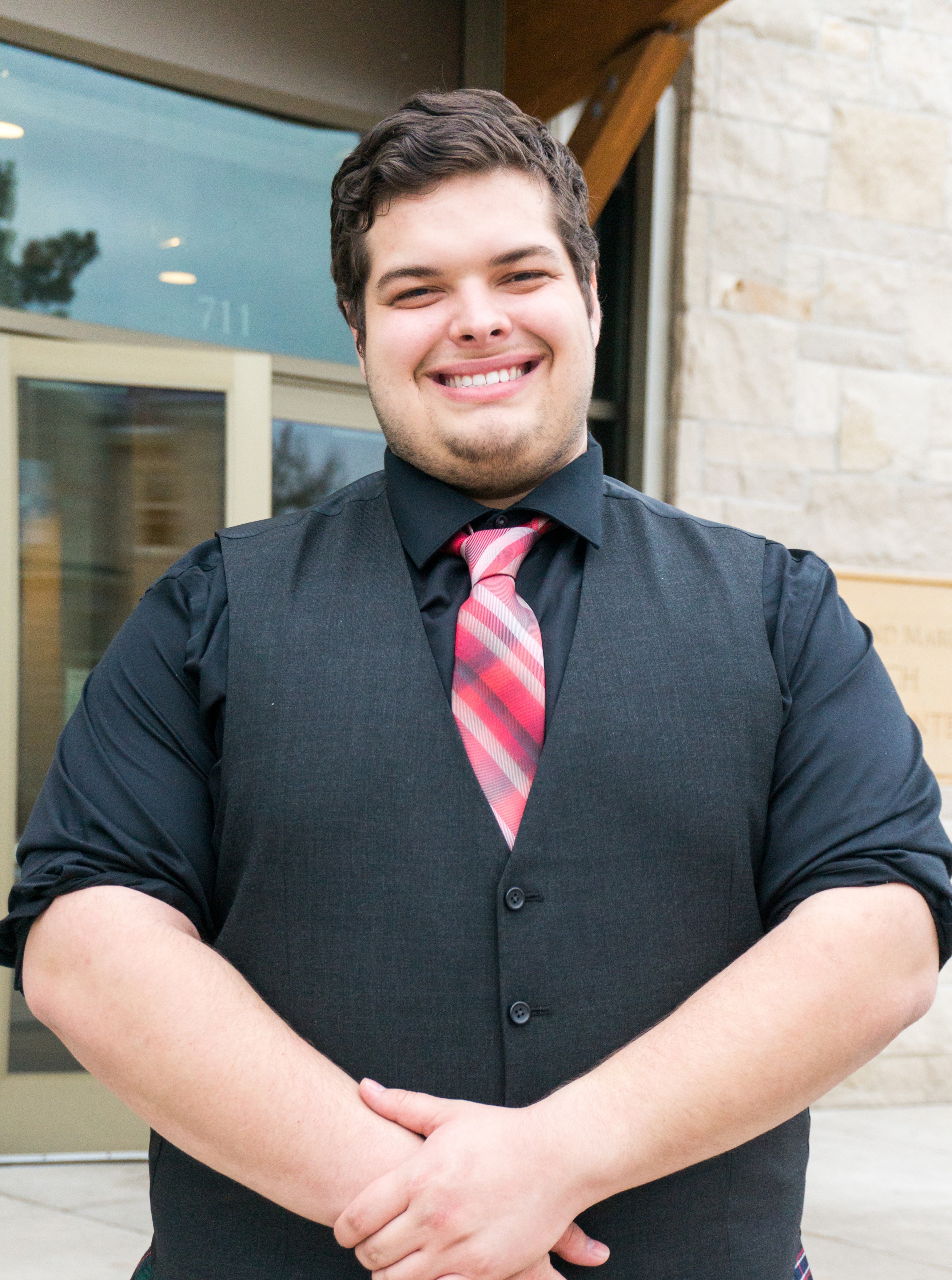 Senior Jacob Dalton’s passion for theatre began early. His first acting experience occurred when he starred in the play “Pirates of Penzance,” capturing the lead role at just ten years old. Inspired by parents who encouraged him to further his craft, Jacob participated in acting competitions in both middle and high school and attended Interlochen’s Art Camp for four summers, thrice for musical theatre and once for creative writing.

Now, as senior graduating with a theatre arts major and a creative writing minor, Jacob has starred in a total of 13 plays at Lawrence. He will also play the lead role in the theatre department’s rendition of “Gint” by Romulus Linney this term, which will serve as his senior experience for his theatre arts major with an acting focus. As for his creative writing minor, Jacob says he has been writing stories since he was a kid and that, after coming to Lawrence, “I realized I could fit [the minor] in, and said ‘why not?’”

Besides acting and remaining heavily involved in theatre at Lawrence, Jacob has also served as the president of the Delta Tau Delta fraternity and as both a student class representative and Student Welfare Chair for the Lawrence University Community Council (LUCC). Jacob remarks that it was difficult to keep up with these extra-curricular activities and succeed in his academics with all of the play rehearsals, but it was ultimately worth the challenge. In fact, keeping up academics — in addition to excelling at theatre — was a goal that brought Jacob to Lawrence in the first place, since having context for his work is, to him, a very important part of creating good art.

One of Jacob’s highlights of acting at Lawrence occurred when he played the role of Skelly, a wrongfully murdered outcast in Lanford Wilson’s Pulitzer Prize-winning play “The Rimers of Eldritch” during his sophomore year. Though this role had only a four-and-a-half minute monologue — a small feat compared to the eight-minute monologue Jacob delivered last term in the lead role of Ginsberg in the opera studies’ production of “Hydrogen Jukebox” — Jacob remarks that the experience was both difficult and enlightening for him. As he puts it, “I had never been cast as someone so different from myself before.”

Jacob gratefully acknowledges the role that all of the professors in the theatre department have played in helping him succeed at Lawrence. “Having supportive teachers and directors has seriously improved my skill set through these four years,” he says.

After graduation, Jacob will work as artistic director on a product launch for a technology business in Washington, D.C. He says he will miss the people of Lawrence most of all when he graduates and also notes that he will miss the readily-available opportunities here, since out in the real world those can be harder to come by naturally. To any who are interested in theatre, or any passion for that matter, he says, “Do not be afraid to audition or get involved.” Jacob proves that with hard work, dedication and a willingness to take advantage of available opportunities, one can pursue their passions to a whole new level at Lawrence and beyond.

Photo by Taylor Blackson. Senior Jacob Dalton’s passion for theatre began early. His first acting experience occurred when he starred in the play “Pirates of Penzance,” capturing the lead role at just ten years old. Inspired by parents who encouraged him to further his craft, Jacob participated in acting competitions in both middle and high…