A profile of SOUP 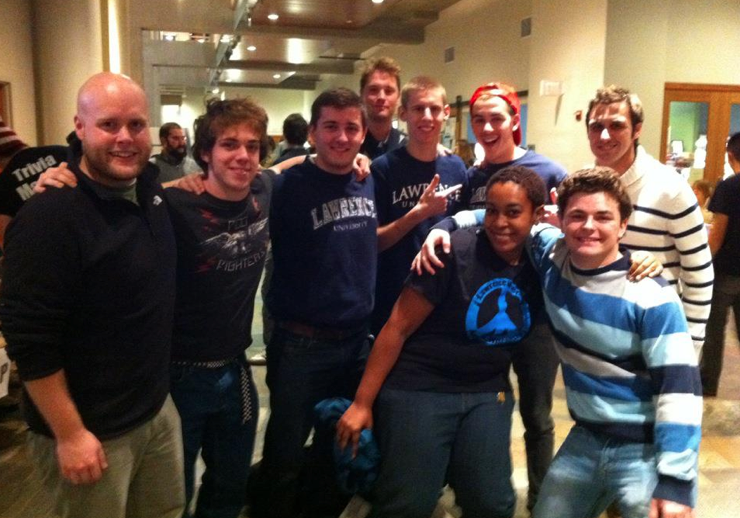 Even if you’ve never heard of SOUP, the Student Organization for University Programming, you’ve probably been to at least one SOUP-sponsored event on campus. SOUP is a student-run organization in charge of student programming at Lawrence. They host a variety of events including movies, comedians, artists and performers.

This year, SOUP has moved its comedy series into the café, which has been extremely well-received so far. SOUP hosts a comedian a few times each term. For these occasions, the café is turned into a comedy club, complete with food delivery service.

J.R. Vanko, SOUP co-chair, spoke to the success of the revamped comedy series. “The first time we did it, we packed the café. It really draws people in and brings students together in a new way.”

They already have another comedian lined up for next term and hope to schedule a second one soon. And that’s not all they have under way for next term.

Weather permitting, the coffee shop series may also be held outside. Also, they will definitely be hosting Grocery Bag Bingo again next term, which has been an overwhelming success.

Vanko added, “We also collaborate with other organizations on campus and help them with funding in order to provide more opportunities for students.”

For example, SOUP worked in collaboration with the Office of Multicultural Affairs in order to put on the Mardi Gras celebration. They will also be co-sponsoring Fatbook for Greenfire’s Earth Day festivities.

SOUP traditionally also contributes to LUaroo by acting as a co-sponsor for various student artists. In doing so, their goal is to encourage and support the continued growth of the student music scene on campus.

When asked what he’s gained from his involvement, Vanko said, “As a member of SOUP, I have gained the ability to work as part of a team, be innovative and I have learned a lot about how to handle professional relationships. When we have guests come to campus, we have to understand how to be professional while working with them. Communication skills are huge. And then event planning and coordination is also a huge part of SOUP.”

He added, “We try to empower our members to take leadership events in order to help them grow and take a little more ownership in SOUP and what we do. We actively try to put them in roles that put them in charge of events.”

And then of course, there’s SOUP’s biggest event of the year, appropriately called Big Event. April 6, SOUP will bring Gym Class Heroes to campus. The concert will be held on the second floor of the Warch Campus Center. The venue will be complete with jumbo screens and professional sound and lighting. Tickets will be sold for $5 each.

“This year’s SOUP has really tried to amp up programming to cater to students’ interest. We’re stepping up our game with Big Event this year to make it something really special for students. While we can’t cater to everyone’s needs and interests, we’re really trying. We really want to get the Lawrence community excited,” said Vanko.

He added, “SOUP solicited twelve different artists before we decided on Gym Class Heroes. It was a collaborative decision based on the opinions of those in SOUP as well as those of the larger student body.”

With events like Gym Class Heroes right around the corner, SOUP is definitely busy and welcomes new members at any time. SOUP is an organization run by students for the pure benefit of the students, so take advantage of the opportunity to contribute to the Lawrence community in a big way.

SOUP meets every Tuesday at 7 p.m. in the Arthur Vining Davis conference room. Anyone interested in joining is welcome to attend.