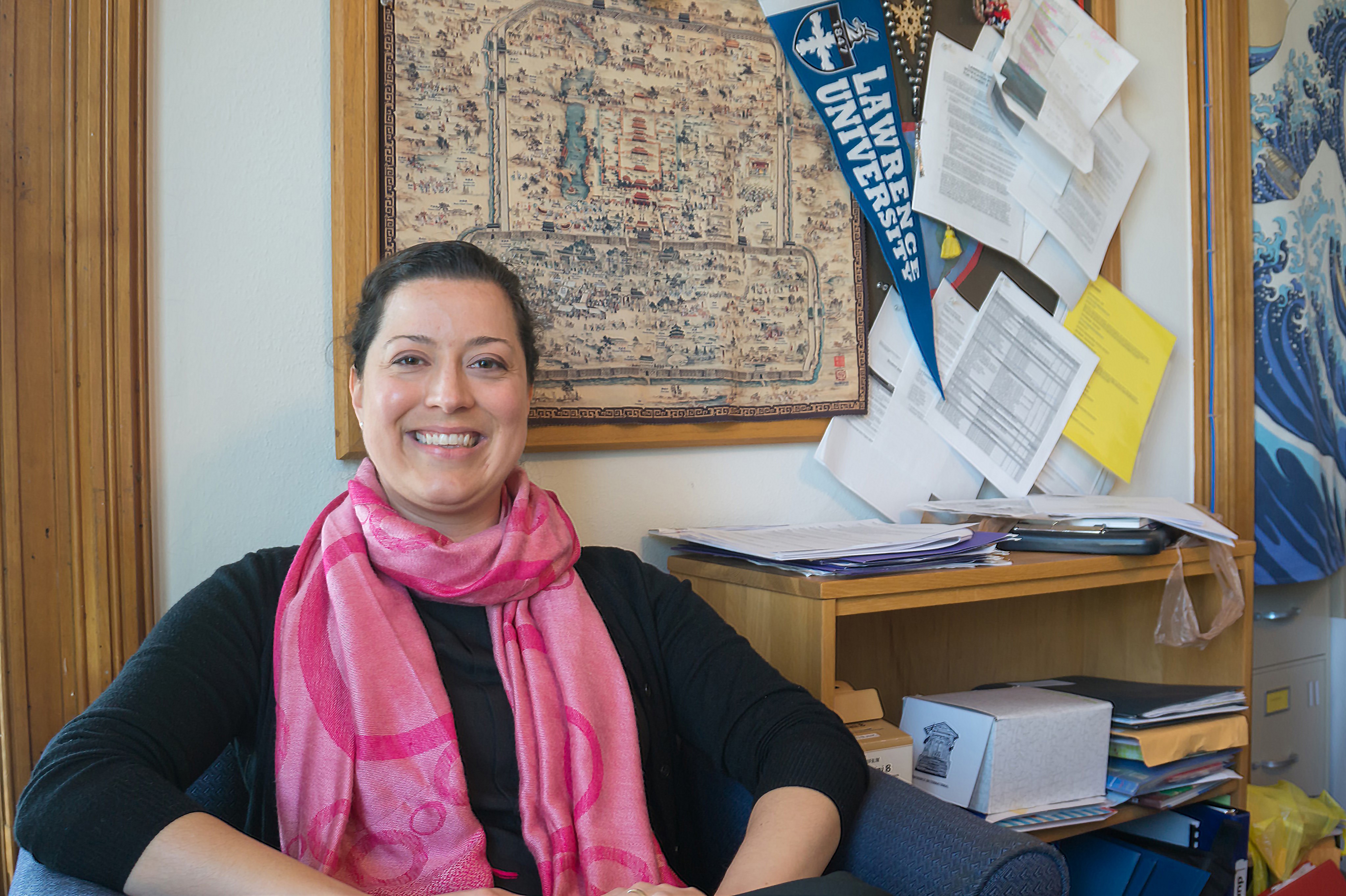 Lawrence University’s approximately 1500 students are all characters that make the campus community a multi-talented and energetic place. But, beyond the knowledge and creativity, every student also brings a unique perspective depending on where they call home. The Lawrence population is composed of students who live just a few minutes away, others who spend over 24-hours in an airplane and many who are simply somewhere in between.

International students currently make up about 11.6% of the Lawrence student body, and that percentage increases to 16.3% when including any student with a global background, meaning dual citizens, permanent residents, global nomads and third culture kids.

McSorley has held her position as Director of ISS for the last four years and said that it is her ‘dream job.’ After working as a student in the Center for Global Education during her undergraduate years at Edgewood College, McSorley was inspired by the idea of having a job specific to the global education field. She went on to graduate with a Bachelor’s degree in Communications and Spanish, and decided to get her Master’s degree in International Education.

McSorley is the top-level immigration official for international students at Lawrence, which sounds quite intimidating in some respects. But McSorley also spends plenty of time doing a variety of other, less-menacing tasks, which also fall under her role as Director of ISS.

“I feel lucky that my job could be anything from calling a governmental office, doing research about a special immigration benefit that someone might be eligible for, talking about culture shock or the best way to get involved on campus or helping with a roommate question,” McSorley said. “It’s never boring!”

McSorley’s favorite part of her job is the questions she receives from students. With a diverse representation of international perspectives and backgrounds, McSorley says she enjoys being able to investigate weird and random regulations based off of complicated questions that students have about research that they have done specific to their international situations. “Sometimes [students] think of questions that I haven’t ever thought about,” commented McSorley.

McSorley considers herself a ‘specialist in referral.’ As a mentor and source of support for international students, McSorley often spends time referring students to specific resources and opportunities depending on their needs. McSorley says that the other staff members at Lawrence can be counted on to be cognizant about certain challenges that international students might face, allowing for a larger staff support system than just ISS. “I really do see everyone at Lawrence as being willing to support all of our students,” she said.

McSorley loves that her office is not far from the river, allowing her to take the occasional walk when she has time during her lunch break. The trail, which wraps along the Fox River shoreline, is a nice spot to enjoy nature while still being fairly close to downtown Appleton.

McSorley also appreciates spending time in her garden or outside, as well as going to musical theater performances at the Performing Arts Center. Her spouse and cat are very important to her, as well as her other family members within the Appleton area. Working at Lawrence has allowed her to be close to her family while doing the job she loves.

Lastly, McSorley has had the opportunity to do some traveling around the world, which is something she says is an investment that allows her to find beauty and uniqueness in all different places, for all different reasons. Living abroad has allowed McSorley to understand how hard it can be to put yourself out there in a new environment. “It is hard to move to a new place, and learn new things in a new language,” she commented.

Regarding the Lawrence Difference, McSorley believes that students at Lawrence are unique because of the energy and intelligence which they pour into every aspect of their lives. “Students are doing amazing things whether it’s in their major, doing research or finding these amazing jobs after they graduate,” she observed. The effort and initiative that students take in order to find opportunities and realize their goals is what McSorley believes is the distinguishing characteristic of Lawrentians.

As a resource to students of global backgrounds, as well as domestic students on campus, McSorley is always willing to provide an open ear. As McSorley put it, “I would say to all Lawrence students; if you feel like you need a referral specialist or you want a source of support, I hope everyone feels free to come visit me.” Even though she may be considered a Hidden Figure among many of the domestic students at Lawrence, the international community knows how important McSorley is to the success of international students on the Lawrence campus.

Director of International Student Services Leah McSorley in her office in International House. Photo by Larissa Davis. Lawrence University’s approximately 1500 students are all characters that make the campus community a multi-talented and energetic place. But, beyond the knowledge and creativity, every student also brings a unique perspective depending on where they call home. The…