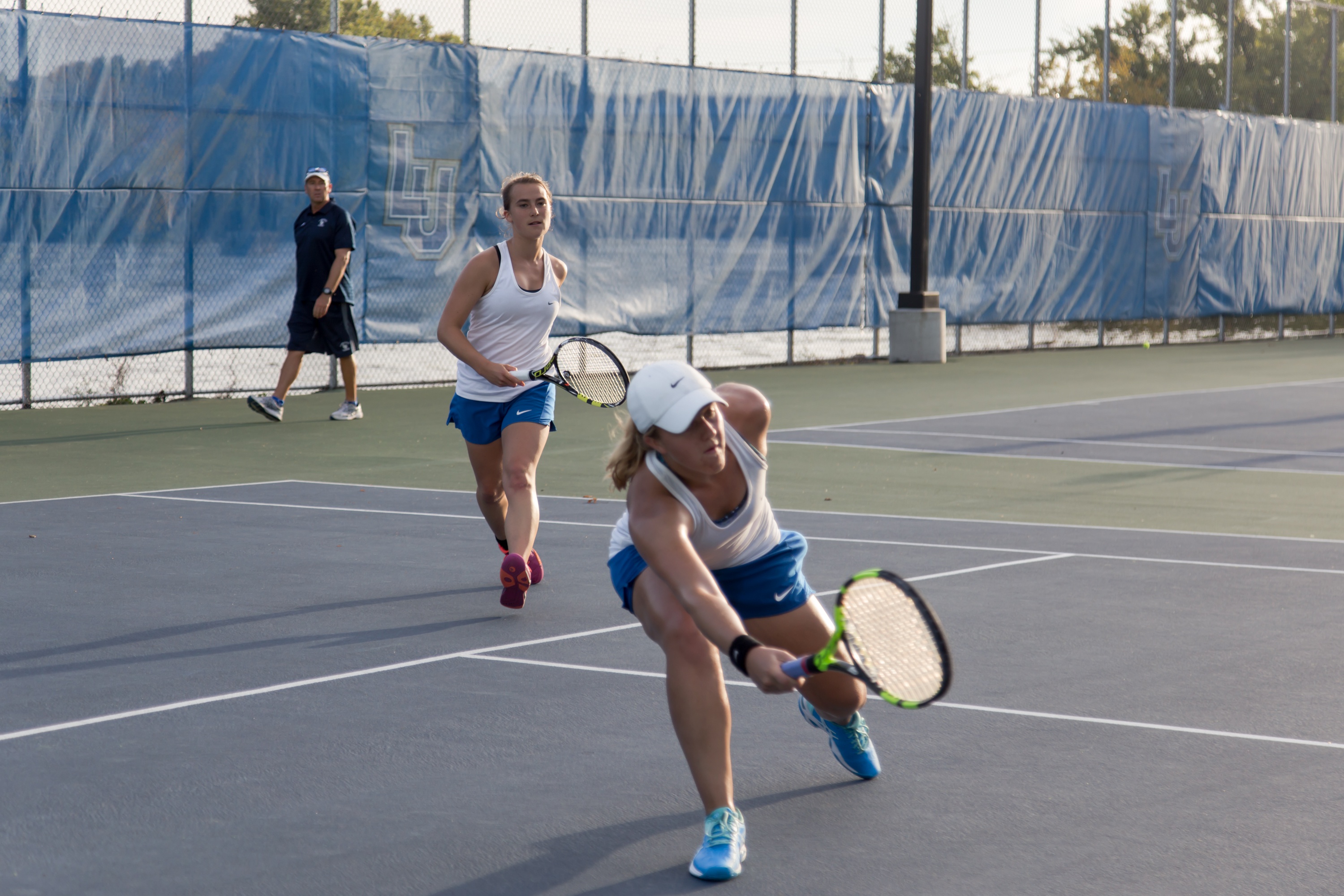 The Vikings tennis team has had a busy week, taking to the courts three times in four days. While the Vikings did not face any conference opponents, the matches still help set the tone for the Viking’s season moving forwards.

On Thursday, September 21st, Marian University traveled to Appleton to face the Vikings on the Lawrence courts. Lawrence had a strong showing in the doubles competition, building a 2-1 lead to start the day. Lindsay Holsen and Katie Nottberg won the No. 1 doubles with a score of 8-3. El Goblirsch and Tillie Teske won the No. 3 doubles match by a score of 8-6.

After the strong start in the doubles, Lawrence faltered in the singles matchups. Apart from Holsen’s win at no. 1 singles, the Vikings went without victories in the second part of competition. Overall, Marian won the day with a score of 6-3.

On Sunday, September 24, the Vikings faced UW Stevens Point and MSOE. This double header was played in Stevens Point.

Against the Stevens Point Pointers, the Vikings struggled to make headway. The pointers swept the doubles competition. Not to be shut out, Holsen and Goblirsch claimed victories at no. 1 and no. 3 singles, respectively. Overall, the Pointers claimed a 7-2 victory.

The Vikings fared better against MSOE. MSOE came into the match undefeated, but were ultimately not able to resist the Lawrence Vikings. In doubles play, Holsen and Nottberg were victorious at the No. 1 spot, while Goblirsch and Teske found victory at No. 3. The same four Vikings put up Lawrence’s wins in singles play. Holsen won the No. 1 singles, Nottberg the No. 2, Goblirsch the No. 3 and Teske the No. 4. Together, this came to a 6-3 total to break MSOE’s win streak.

The Vikings have been kept busy, facing opponents from all over Wisconsin in the span of a few short days. However, there truly is no rest for the weary. The Lady Vikes next take the court against UW Oshkosh at home on September 26. On Oct. 8, Lawrence will be on the road, favoring both Grinnell and Cornell. On Oct. 14 and 15, the Vikings will compete in the conference championships. With the season beginning to wind down, get out to see the Vikings play before their season ends!