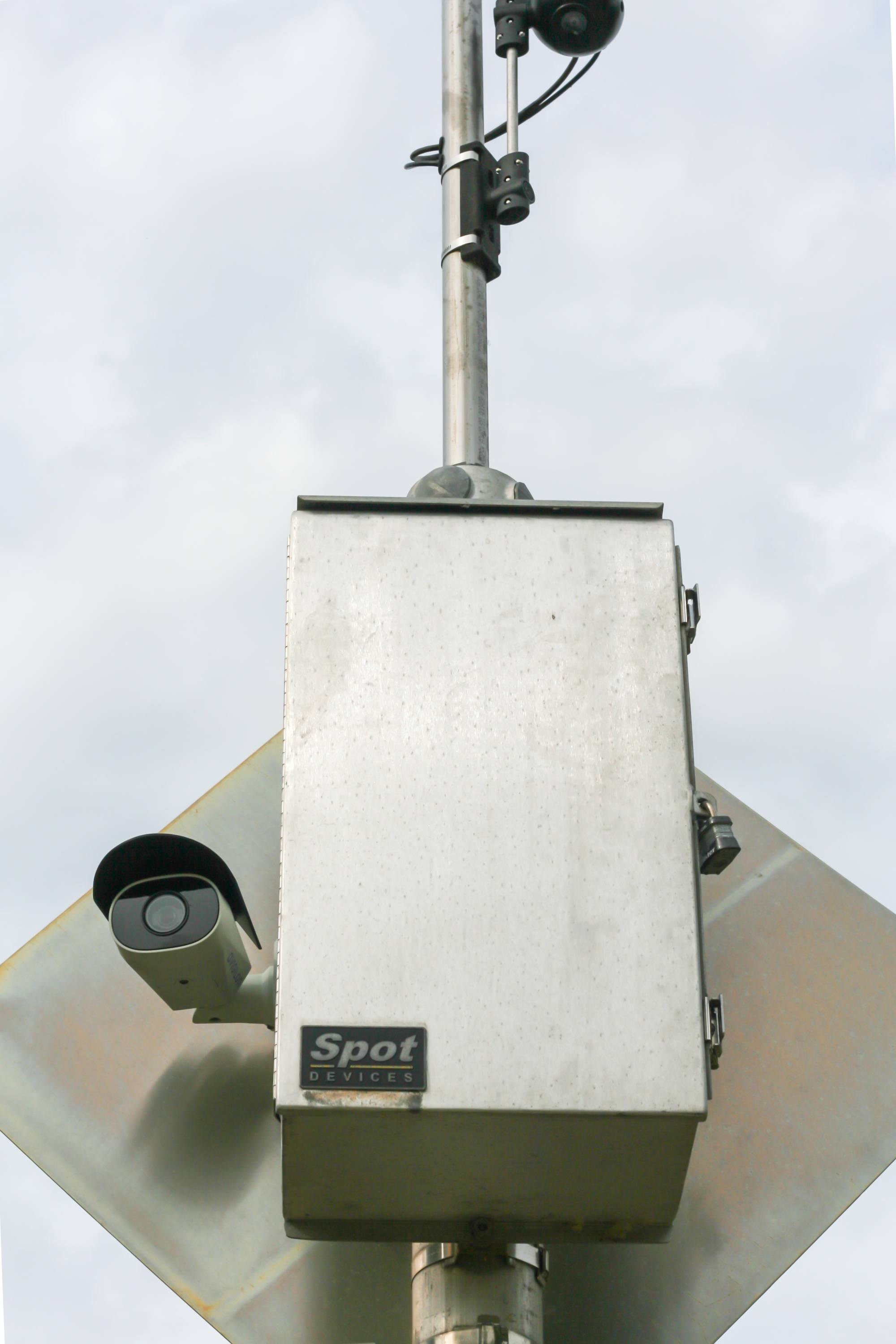 Many students on campus are all too familiar with incidents involving rude catcalls or slurs from cars driving by the College Avenue crosswalks. The Lawrence administration, constantly working towards creating a safer campus, has recently installed security cameras in collaboration with the city of Appleton at the crosswalks in response to this continual issue.

The College Avenue security cameras are an example of a response to an increasingly-thorough initiative to counteract incidents that are a threat to or directly affect students’ safety or comfort on campus. Communication regarding these issues is taken seriously and valued by the administration, as indicated by Dean of Diversity and Inclusion Kimberly Barrett’s explanation of the installation. A growing dialogue around safety made this issue a priority. Barrett stated, “One of the recommendations which came out of our first community conversation on safety was that we need more high-definition cameras on [College Avenue]. I came back and shared that with my colleagues, and I think that added a sense of urgency to the need that was already there in terms of general safety.” Community conversations on safety are only one amongst several resources in place for people’s concerns to be voiced.

Issues regarding catcalling on College Avenue is taken seriously into account by the Administration. Director of Human Resources Rochelle Blindaur described the Administration’s response to Bias Incident Reports, a form which students can fill out online and submit anonymously in response to any incidents they witness or are affected by. A regular compilation of reports is made and reviewed by a committee, which Blindaur is part of. “I don’t see specific report details,” she explained, “but we see, as a committee, the themes and how many [reports] we have.” Barrett’s role is to step in on issues which require more immediate action. “As the Chief Diversity Officer,” Barrett said, “of course I have a variety of responsibilities, but one, of course, is to provide redress as it relates to discrimination or instances of bias, even behavior that doesn’t quite rise to anything that would break a rule or a law but is problematic nonetheless.”

Blindaur detailed some of the courses of action which take place in these instances: “In some cases, it’s reaching out to a faculty member because something happened in class or was said in class [which made] a student uncomfortable. Sometimes it’s between two students, and so we try to mediate a conversation. It just depends on what it is. If it’s not an immediate issue that [Dr. Barrett] felt needs to be addressed immediately, then we would wait for the committee to discuss and take further action and talk about it as a group.” Responding to the bias incident reports gives the Administration a good idea of physical locations, such as College Avenue, where issues tend to arise with regularity.

Bias Incident Reports are also a relatively new step in the administration’s work towards improving campus safety. Set up only in 2016, Barrett described the increase in reports filed over the years, noting, however, “The first year, I don’t know that people knew as much about [the reports] and we hadn’t really finalized the procedures.” Once the procedures were more thoroughly set up, an announcement was made encouraging students to make use of this resource. Though numbers of reports have indeed gone up, Barrett again accounted for the nature of a newly-developed system, saying, “I think that people are more aware and are using them more, and I think we’ll have a steady 10-12 [reports] a month.” While clearly an evolving method of tracking bias, the Bias Incident Reports are a key tool in working with the City of Appleton to prevent these issues.

Being able to keep track of incident reports in this way also helps Lawrence work with the City of Appleton on projects such as the surveillance cameras to ensure better safety for students. “Many of us on staff have been working with the city on some of the things that are happening to students and other staff and faculty regarding people feeling safe and secure on campus,” Blindaur said in a positive report of city cooperation with Lawrentian safety initiatives. “College Avenue is city property, [so] we need their cooperation on anything that we’d like to see done. This has been a couple of years in the working, and the mayor has been very supportive of making sure that anything that we’ve been requesting, or things that we’ve actually sent to the police to look into and be investigated, is being done very carefully and diligently.”

The surveillance cameras, installed earlier this term, can help students to “feel more safe and comfortable, but we actually can [also] track down the more particular citizens in the community that maybe are direct threats,” Blindaur concluded, touching on the emotional, as well as very practical uses of these new additions to campus. Barrett mentioned that there had been no new bias incident reports, at least in the vicinity of College Avenue, filed since the cameras’ installation. While it is to be hoped that this is a result of the added risk of being identified on camera, Barrett admitted, “It’s probably too early to tell, but certainly I hope they continue to have a deterrent effect.”

Any student who is victim of a bias incident or who has witnessed one should not hesitate to report it by simply searching for “Bias Incident Report” on the Lawrence University homepage, or by finding it under the Office of Diversity and Inclusion webpage. Once filling out a report, one may choose to remain anonymous or, if desiring direct action, has the option of requesting a one-on-one meeting. Additional information on Bias Incidents can be found in the Diversity and Inclusion Annual Diversity Report pamphlet online.

New surveillance camera installed on the cross walk signs on College Avenue. Photo by Hannah Burgess Many students on campus are all too familiar with incidents involving rude catcalls or slurs from cars driving by the College Avenue crosswalks. The Lawrence administration, constantly working towards creating a safer campus, has recently installed security cameras in…