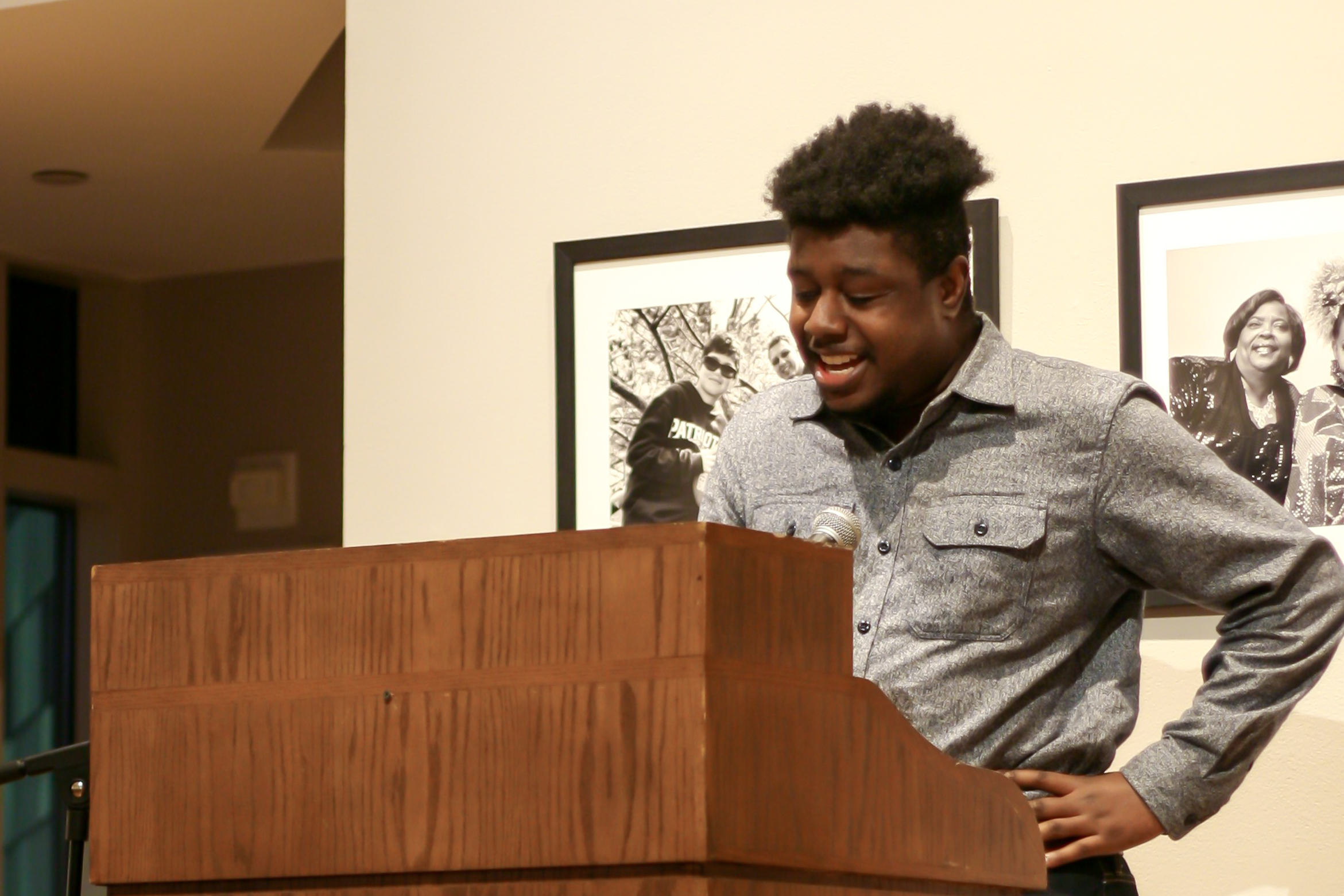 This past week, the Lawrence University English Department hosted a number of events open to the general public. On Oct. 11, poet Derrick Austin gave a reading to a packed room at the Wriston Art Galleries. The following day, alumna Callie Bates ’09 gave a reading of her new book to an audience of students and community members as a part of the Fox Cities Book Festival. Both writers were introduced to the audience by Lawrence professors, and stayed after their readings to answer questions from audience members in regards to how their life experiences shaped their writing, what inspired them and the process of writing and being published. These events gave the public access to inspiring artists, while also providing Lawrence students with interactive and informative experiences to enrich their classes.

Assistant Professor of English Melissa Range brought Austin to campus for a public reading as well as to visit her poetry classes. The poet read to a room filled with students and community members, choosing selections from his book “Trouble the Water,” as well as introducing new poems and works in progress. Austin remained in the gallery for some time after the reading to explain the references and imagery of his poems, the path to becoming a poet and what inspired and motivated the works. Associate Professor of English David McGlynn brought Bates to campus who remained in the Appleton area for the Fox Cities Book Festival.

“David McGlynn and I have stayed in touch since I graduated,” explained Bates, “and once my book came out he invited me to come down and do something for Lawrence, and Collette [Lunday Brautigam], who works in the Library, is involved with the Fox Cities Book Festival, so she worked with them and they invited me.”

Having recently published “The Waking Land,” Bates read its prologue as well as a sneak-peek of the sequel to a full lecture room in Main Hall. “It’s kind of emotional actually,” she said. “It’s really great to see everybody again and crazy to be giving a talk when last time I was here I was a student.”

Bates’ return to Lawrence illustrates the success of a former student and helps current students find inspiration. The English Department brings many of these authors and poets to campus in order to enrich students’ learning, as well as to benefit the community at large.

McGlynn outlined the importance of bringing authors to Lawrence students, as seen in the case of Bates’ visit to campus. “I try to find writers who will give something to the students,” McGlynn stated. “More than I care about their work being something that this student is going to love or that student is going to love, I really am thinking more about how this person is going to come and be generous and open with these students.” In the case of Bates, this choice was made especially easy by the fact that Bates is a Lawrence alumni from McGlynn’s first class at the university.

Range also described important characteristics in these literary guests. “I try to think about [whether] the students would resonate with peoples’ work or not. There are lots of great poets who I probably wouldn’t invite because I think maybe their work just wouldn’t speak to Lawrence students,” she explained, adding “I try a lot to bring women writers and writers of color because I think that’s always good and we need that on campus.”

Clearly, having authors such as Bates or Austin on the Lawrence campus helps to enrich the learning experiences of students, especially those in the English Department. Creative writing students in classes such as McGlynn’s or Range’s are able to take classes to a new level by interacting directly with the guests, in class settings as well as with special writing weekends at Björklunden.

“If a writer comes during a term that I have an advanced course,” McGlynn stated, “then the advanced students, the writer and I go and spend the weekend at Björklunden, which is always a lot of fun.” He elaborated that the writer and students “really focus on some formal instruction and then a lot of informal conversation.” Range also brings advanced classes to Bjorklunden, and has student workshop with poets.

Range spoke to the importance of sharing and creating poetry: “I think even if the poetry is sad or angry, I think poetry is always a force for good. It’s positive because we’re making something, so even if we’re angry, we’re politically upset, or we’re really sad, we make the poem and we’ve done something constructive.”

While students in the creative writing classes get more one-on-one interaction with these guests to grow as writers, the Lawrence and Appleton communities benefit from these visitors as well. Range emphasized the importance of speakers such as Austin, not only guiding poetry students, but speaking with a community, explaining that the constructive nature of poetry. He said that poetry is “something that I think is great for students to see, but I also think it’s great for the community to see and to have access to. I would hate it if poetry was thought of as this snobby thing that is off limits to people.”

McGlynn also includes the wider community in events involving authors, especially in relation to the Fox Cities Book Festival. “We try to play some part in that in one way or another,” McGlynn explained, adding, “Usually that means that we have either a writer that’s on the book festival list that we have come to Lawrence and we kind of carve that person out as the one that Lawrence is going to host, or I’ll invite someone and we hook them into the book festival one way or another.” Whether through providing in-class expertise and advice, or sharing with the broader community, Lawrence University’s English Department brings variety and inspiration to campus.

Poet Derrick Austin performs poems “Trouble the Water” and some brand-new work in the Wriston Art Galleries. Photo by Hannah Burgess. This past week, the Lawrence University English Department hosted a number of events open to the general public. On Oct. 11, poet Derrick Austin gave a reading to a packed room at the Wriston…