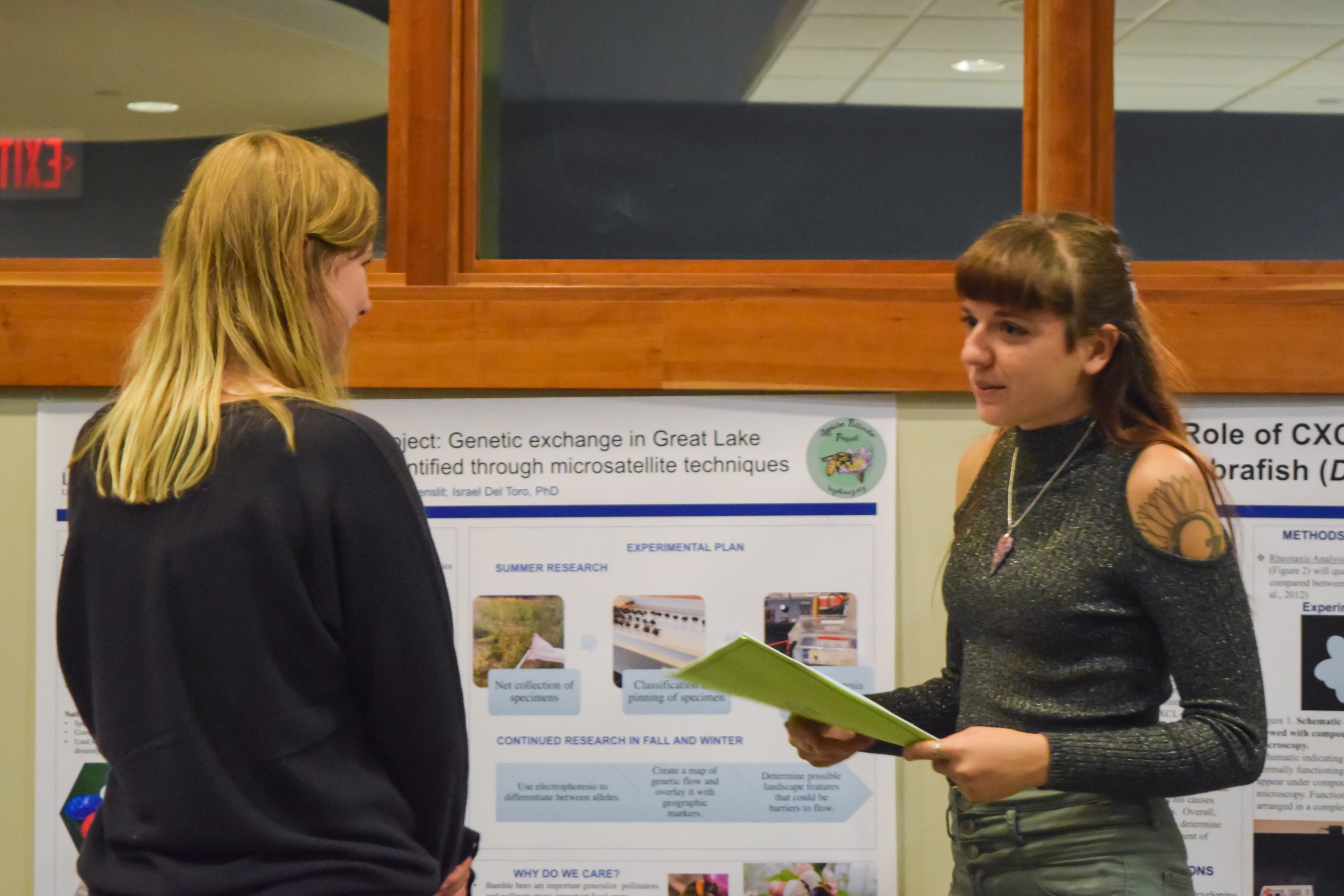 On Thursday, Oct. 12, Lawrence held its annual Major and Research Symposium. It was held in the Warch Campus Center, from 7 p.m. to 9 p.m. The Major and Research Symposium is an opportunity for students who did summer research at Lawrence to present their work to other students. It’s also a chance for students who haven’t picked a major or are just interested in exploring more options to learn about the majors offered here.

Many majors offer some sort of research option, and these can be explored here at Lawrence with faculty members. While some students do research during the school year, most who do research stay on campus for a majority of the summer and work then. The groups usually consist of one or two students and a professor, but depending on the research more students may be able to work.

32 groups presented their summer research. Topics were widespread. In addition to many other outstanding research topics, there was Quantum Control Simulations on Cesium-133 Using Electromagnetic Waves by Julian Garrido, working with Associate Professor of Physics Jeffrey Collet. The work focused on making a computer program to simulate moving a Cesium atom from one energy state to another. The end goal of this line of work is to achieve fine control over changing energy states of atoms, which would allow people to construct a superior quantum computer.

In biology, there was In Vitro Characterization of the Interactions between Human Angiogenin and Heat Shock Factor 1 by sophomore Sophie Dion-Kirschner, working with Associate Professor of Biology Kimberly Dickson. They studied angiogenin, a ribonuclease that works in the early steps of cell growth and migration in the formation of new blood vessels. Their focus was on the relationship between angiogenin and the heat shock factor 1 in interactions with other proteins. Find students who studied over the summer and ask them for details on their work for more information, and be sure to check out the Research Symposium next year for the new ways Lawrence students are pushing back the frontiers of knowledge.

Students filtered between white posters covered in scientific knowledge for the first hour and a half, stopping to examine and question when they recognized a concept or a person. Some made their way back to the major information room, where there was a table for most of the majors with information about courses and job options. Some of the tables had someone to talk about the major and answer questions. Set against the wall was a topographic map projected onto a tray of sand. Changing the sand layout changed the topographical map projected down onto it. Programming and geology combined made a formidable selling point for the geology department. There was also information on minors and interdisciplinary opportunities, and live music for most of the symposium.