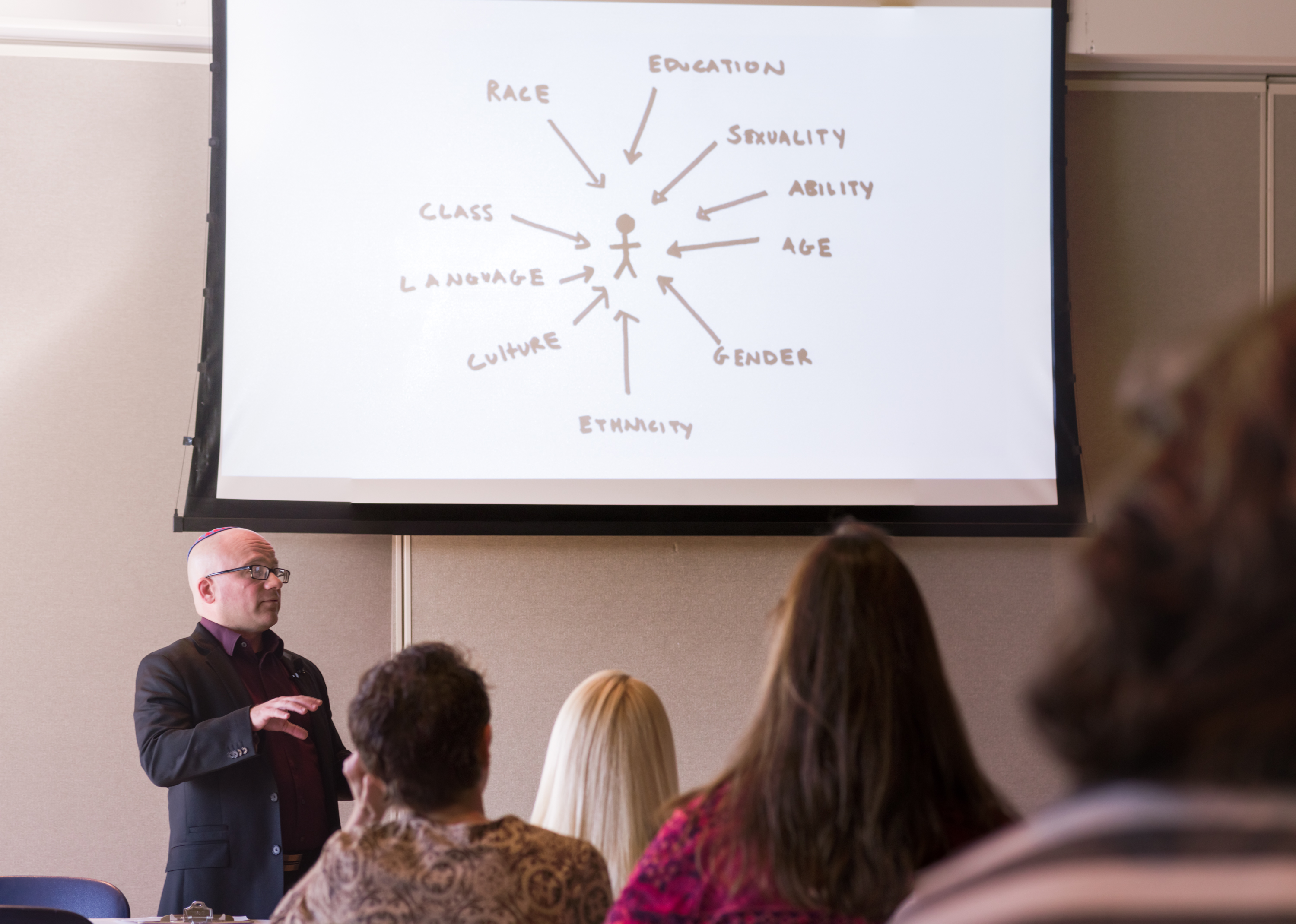 To teach about anti-Semitism and how it exists in progressive movements, Post-Doctoral Fellow of Jewish Studies Elliot Ratzman presented the second lecture in the Cultural Competency Lecture Series. He presented his lecture, “Understanding the Subtleties of Anti-Jewish Oppression and Jewish Privilege,” on Wednesday, Oct. 18 at 11:30 a.m. in the Esch Hurvis Room.

“The racial-political status of Jews is ambivalent. Ashkenazi Jews enjoy the privileges of whiteness, but have been, and are, threatened with forms of anti-Jewish oppression—antisemitism—that persist,” said Ratzman.

Ratzman also specified which problems Jewish people still have, and which they do not in most circumstances. He specified that they no longer have barriers to employment and education, no constraints on where they can live, and also do not have to worry about violence by law enforcement. This, according to Ratzman, is what gives Jewish people privileges that other minority groups in the United States do not have.

With this in consideration, Ratzman explained some different ways of how to be an ally. A couple of ways are opposing vulgar anti-Semitic claims and understanding the complex history surrounding Jewish people. Also, to fight for justice for Palestinians, but understand that Jewish people may have conflicted feelings surrounding Palestine.

“There are ways to criticize the State of Israel and bring Jews—especially progressive Zionists—into coalitions for justice in Palestine without dismissing Jewish claims about anti-Semitism,” stated Ratzman.

The next lecture in the Cultural Competency Lecture Series will be held on Thursday, Nov. 16 at 11:30 a.m. in the Esch Hurvis Room. This next lecture, “Powerful Ways to Respond to Microaggressions, Stereotypes & Isms” will be given by Professor Elizabeth De Stasio and Vice President for Diversity and Inclusion and Associate Dean of Faculty Kimberly Barrett. The lecture will be an interactive session which will address strategies for how to deal with microaggressions and stereotypes in ways that are empowering and self-affirming.