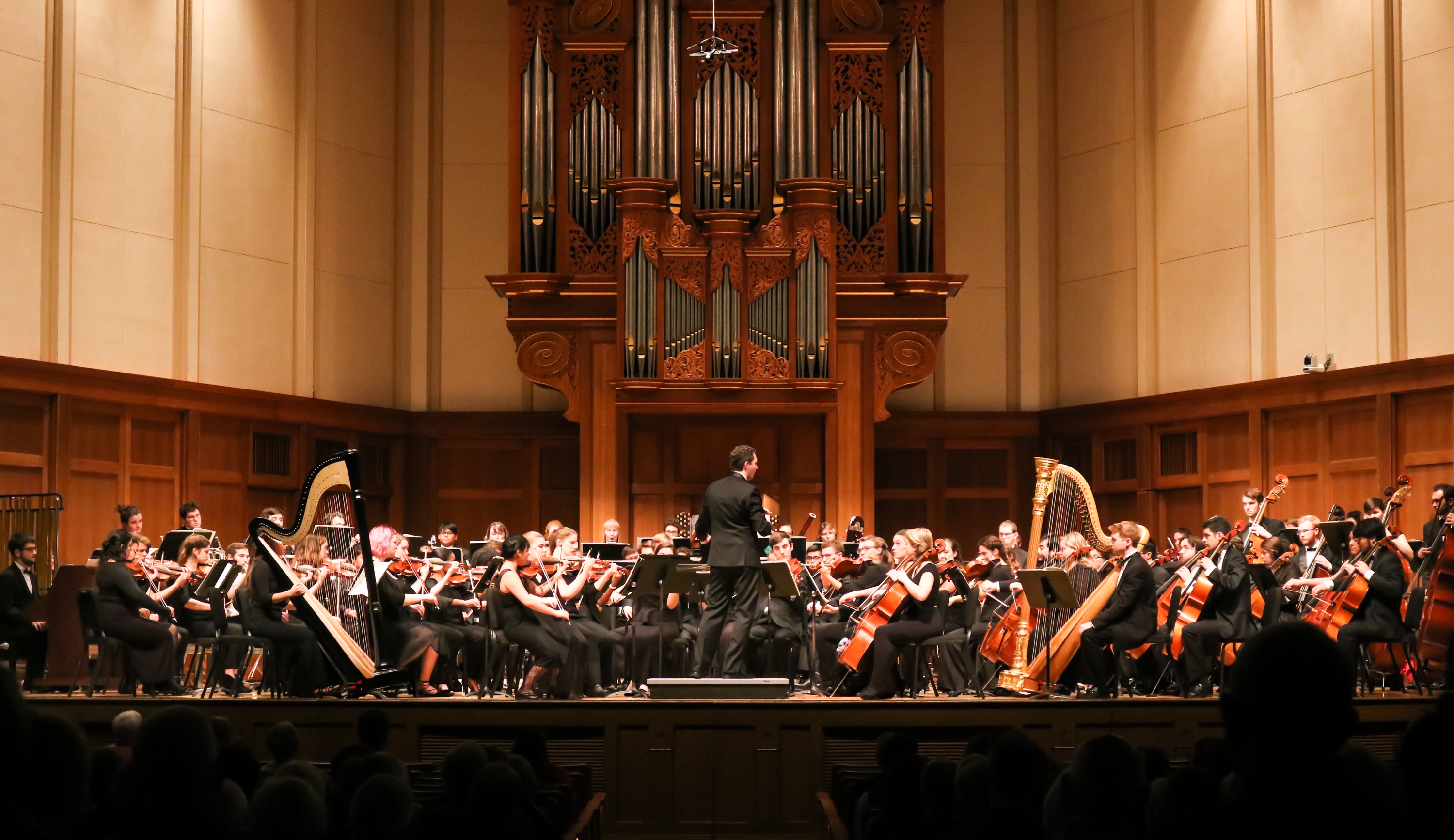 On Sunday, Nov. 5, Lawrence Symphony Orchestra (LSO) and Cantala performed “The Planets: Suite for Large Orchestra, op. 32” by Gustav Holst in Lawrence Memorial Chapel. This widely-popular suite was a delight to attend, and it was my favorite LSO concert to date. Conducted by Assistant Professor of Music Mark Dupere, LSO showed extreme precision and channeled intensity toward each of the seven “Planets” movements.

The suite began with a grandiose movement titled “Mars, the Bringer of War.” The sheer vehemence and ferocity of the attacks by the brass were impactful; deafening yet beautiful fortes kept listeners on the edge of their seats. Though some of the succeeding movements, such as “Venus, the Bringer of War,” were much quieter and calmer, they still possessed a raw energy that exuded from the members of LSO.

From my seat in the balcony, I could feel the passion for performing radiating from the LSO musicians on stage. Though this passion is undoubtedly present in every LSO performance, it felt as if it had multiplied in this performance. The majority of the students performed with an unbridled intensity in their eyes and body movements. Crescendos and diminuendos were played with precision and care, making each dynamic change wholly impressive and poignant. This fierce intensity was followed by softer, gentler moments. I watched many musicians smile or glance over at their fellow musicians as their favorite phrases of the song were played particularly well. This type of interaction is what makes a concert really special for me.

Several high points of the afternoon were the solos by concertmaster and senior violinist Katie Weers. She played each note with a tenderness and vigor that resonated throughout the chapel. These solos were extremely moving, and they helped make an already beautiful concert even more special.

The first six movements were performed by Lawrence Symphony Orchestra alone. In the seventh and last movement, “Neptune, the Mystic,” there was the brief addition of Cantala. Conducted by Associate Professor of Music Phillip A. Swan, this incorporation of vocalists added an interesting layer to an already complex performance. Singing from the back of the balcony, the voices of Cantala slowly seeped into the chapel. Because the voices provided such a quiet and soft sound, the listener had to pay attention and strain to discern what they were hearing. The voices gradually became fainter and fainter before disappearing entirely as the orchestra took the reins again and ended the suite.

I had wanted to see a performance of Holst’s “The Planets” for a fairly long time, and Lawrence Symphony Orchestra executed it spectacularly. LSO’s next performance is on Friday, Jan. 26 at 8 p.m., performing Rachmaninoff’s “Symphonic Dances.” If you did not make it to “The Planets,” I highly recommend attending this upcoming performance.

Assistant Professor of Music Mark Dupere conducts LSO as they perform Holst’s “The Planets.” Photo by Nidi Garcia On Sunday, Nov. 5, Lawrence Symphony Orchestra (LSO) and Cantala performed “The Planets: Suite for Large Orchestra, op. 32” by Gustav Holst in Lawrence Memorial Chapel. This widely-popular suite was a delight to attend, and it was…