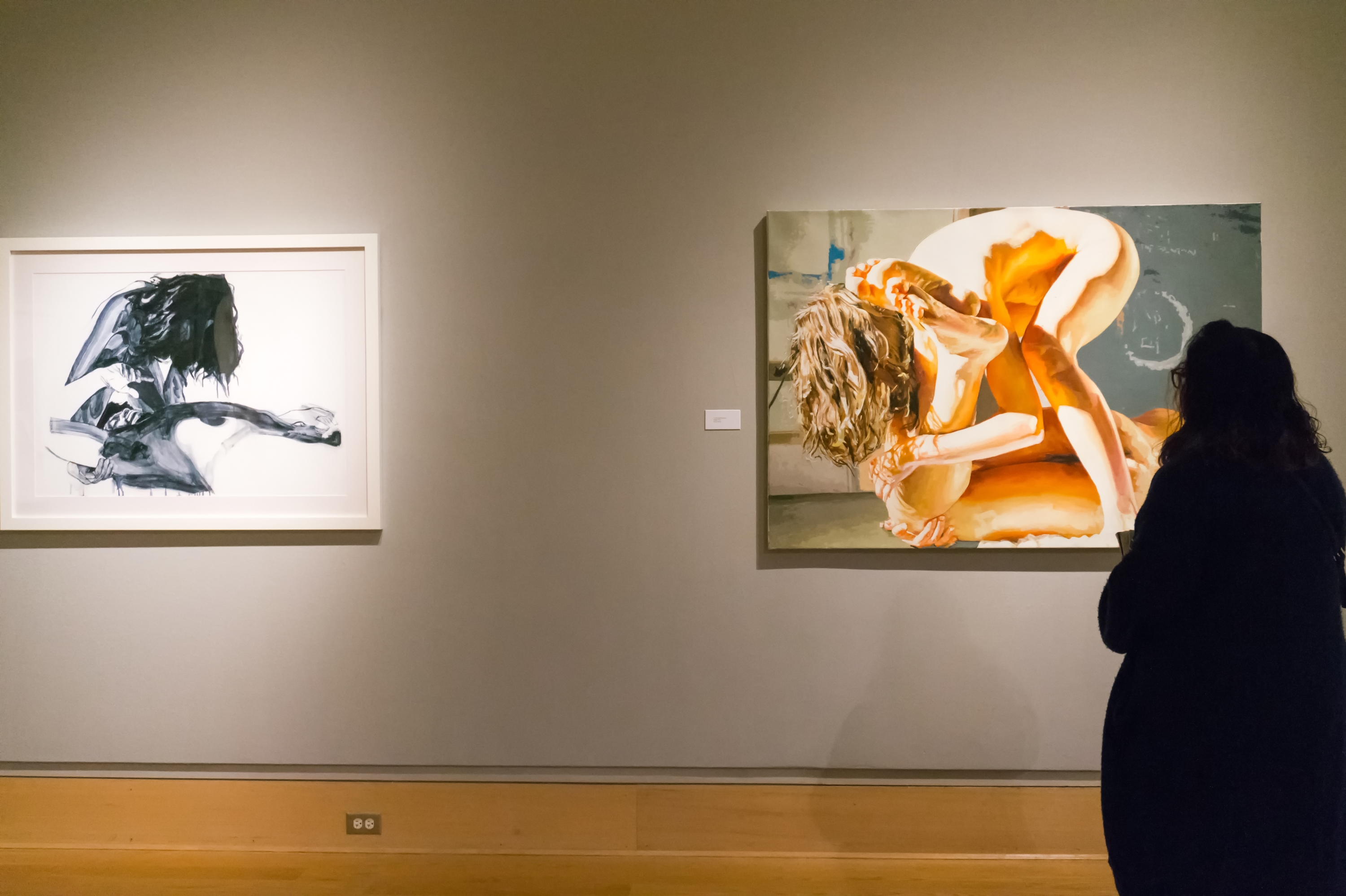 On Thursday, Nov. 2, the monthly tour of Wriston Art Center Galleries took place. The tour is open to everyone in order to open different art collections to the community and foster relationships with Lawrence in a quick and casual environment. Some of the exhibitions are drawn from Lawrence’s permanent art collection. The tour is often led by different people, and this one was led by Assistant Professor of Art History, Curator of the Wriston Art Center Galleries and Museum Studies Interdiscplinary Area Program Director Beth Zinsli ‘02.

The first exhibit we entered was in the smallest of the three galleries. The name of the exhibit was “Mirth & Melancholy: The Circus in Modern Art,” and it explored how circuses are expressed in twentieth-century art. It was curated by recent graduate, Kali Steinberg ‘17. Many of the paintings portrayed a dark image of sinister clowns. Each one was chosen in order to show the rapid industrialization occurring in the West in the late nineteenth century, when theaters, cafes, cabarets and circuses were becoming more common places of leisure for people to spend their time. One of the most notable painters featured in the exhibit was Marc Chagall.

The first exhibit room [Leech Gallery] leads into the second [Hoffmaster Gallery], which is slightly larger than the first and smaller than the third. In the second gallery, a photo collection by Jeff Pearey and Meredith W. Watts from “For Good” Photography, Inc., titled “Our Trans Family,” was featured. The pictures were of transgender people and their families with parts of their stories below the pictures. The purpose of this exhibit was to give visibility to trans people, their loved ones and their support network. Part of the intention of the pictures was also to draw attention to the disproportionately high rate of suicide in the LGBTQ+ community, especially among transgender people.

The tour then entered into its final stage in the third and largest gallery [Kohler Gallery], with a painting collection by Patrick Earl Hammie. The name of the collection is “Aureole.” This is a play on words because of the circular motifs in the paintings as well as the intimate nature of the paintings. All were large-scale nudes, depicting a man and woman in various positions. In many, the woman is trying to lift and move the man. During the tour we were told that the instructions for the male models was to act as a dead weight. This is part of the interesting power dynamic going on in the painting between the man and the woman. The titles of each painting were vague and enigmatic, but at the same time very referential.

These three exhibits are in Wriston for the remainder of the term. This Winter Term, there will be a new exhibit with three different collections, one in each gallery. The galleries mainly contain art, but there are also poetry readings and performances of music and dance that take place there as well.

A Lawrence student admires the work of Patrick Earl Hammie in Kohler Gallery. Photo by Taylor Blackson On Thursday, Nov. 2, the monthly tour of Wriston Art Center Galleries took place. The tour is open to everyone in order to open different art collections to the community and foster relationships with Lawrence in a quick…