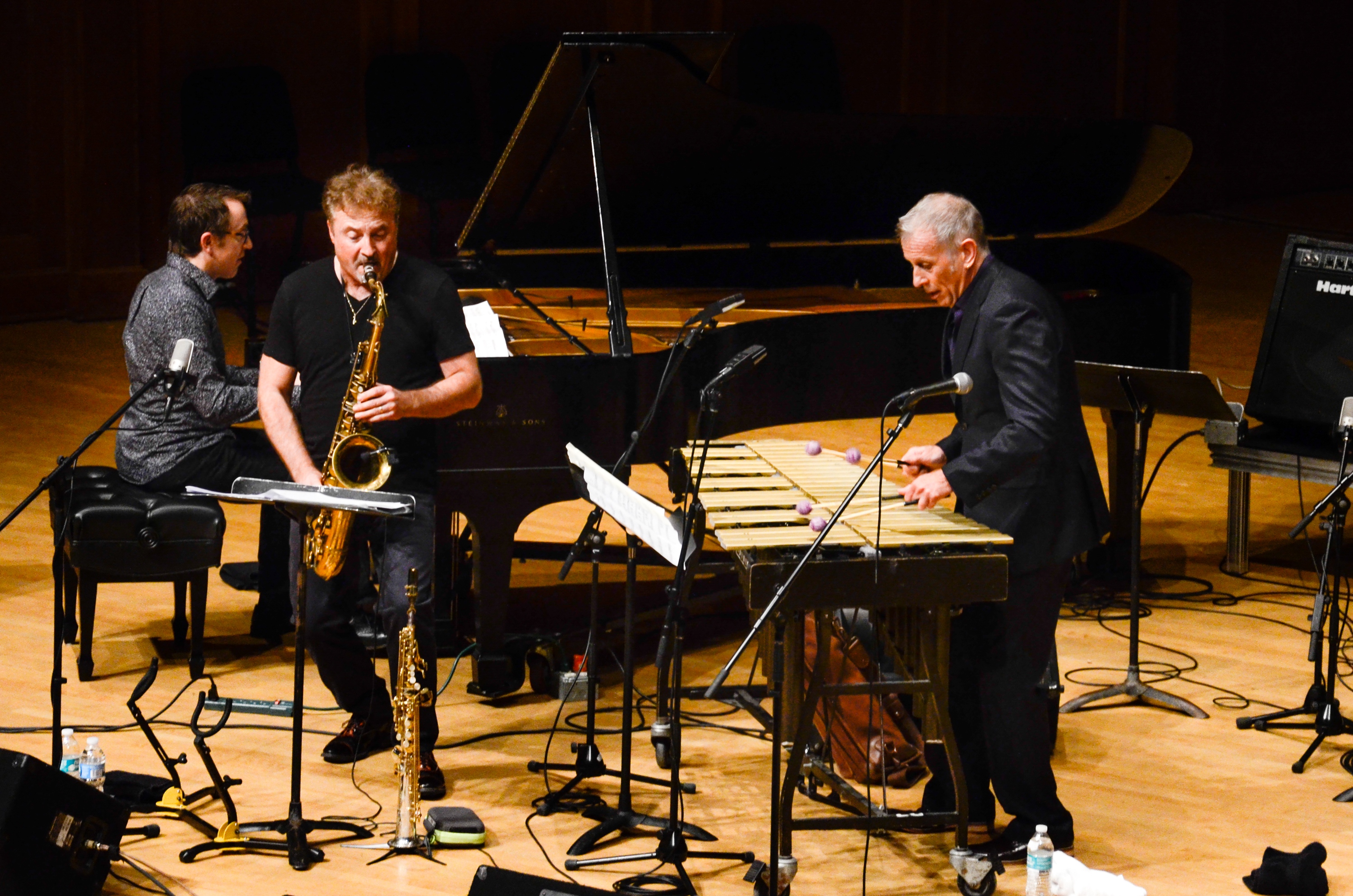 This Friday night at 7:30 p.m, the Lawrence Memorial Chapel was packed with community members, high school students traveling to Lawrence to perform for the weekend and all manner of Lawrence students and faculty. The performer on Friday night was a vocalist named Lizz Wright, of whom I had never before heard. I sat in my seat with the expectation that I would hear some vocal standards, perhaps some Billie Holiday or Ella. Instead, what I (and the packed chapel) got was a bluesy-gospel-soul-American-folk sound like none I had heard. Wright’s low alto voice was incredibly well-suited for gospel, making for a great start to the concert. What really struck me about her performance was her band: three fine musicians from Austin, Texas. I recognized two of them from their performances with one of my favorite bands, Snarky Puppy. Chris McQueen, one of Snarky Puppy’s three guitarists, has one of the most unique electric guitar styles that I can think of. I was in awe when he walked onstage, for I recognized him instantly. My favorite song performed by Wright and her band was a soul rendition of “Old Man” by Neil Young. They turned the Young classic into a slow, brooding soul epic. Friday night taught me to support your heroes, as one of mine was playing guitar, and to expect to have your expectations shattered.

Saturday night is always the biggest concert of the LU Jazz Celebration Weekend. This year, it featured a virtuosic trio, Storms and Nocturnes, comprised of three musicians: Joe Locke (vibes), Geoffrey Keezer (piano) and Tim Garland (saxophones). To start off their concert, the trio played with the Lawrence University Jazz Ensemble (LUJE). Two standouts emerged from their set with LUJE. The first was a piece written by Geoffrey Keezer, entitled “Na Kohola (The Whales).” Keezer introduced the piece by telling a captivating story about how he was in Alaska on a fishing boat, and the boat was surrounded by about fifty humpback whales. The piece was very beautiful and mellow, featuring Garland on saxophone and freshman Gaston Kaisin on trumpet. I found myself deeply moved and captivated by the story that the piece told through toned-down sections with muted trumpets to a deep groove with the LUJE rhythm section. The other piece played with LUJE that caught my attention was the arrangement of “The Pink Panther Theme.” It started with a piano cadenza played by Keezer, and then LUJE entered, showing off the talents of the students with the exceptional speed at which the arrangement was played. Each section took a turn standing up and playing a complicated soli (collective solo), with ferocious intensity. Sophomore Ricardo Jimenez both played a fantastic lead trumpet and sang the melody of “The Pink Panther,” then transitioned into a vocal solo that had the whole crowd roaring at the end.

After the blistering arrangement of “The Pink Panther,” LUJE left the stage, and the trio took over. It’s very hard for me to describe this experience. The song that resonated with me most was Joe Locke’s composition, “Sword of Whispers.” Locke walked up to the mic and told a story about one of his favorite Lionel Hampton recordings, “Everybody’s Somebody’s Fool.” He described it as one of the most moving and beautiful recordings he had ever heard, and said that the singer particularly mesmerized him; he thought it was a woman, when it was actually “Little Jimmy Scott from Cleveland.” Years later, Locke got a call from Scott asking if he wanted to record, and of course, he immediately said yes. When they went into the studio, “Everybody” was the first song that Jimmy Scott mentioned that he wanted them to record. When Scott passed away, Locke attended his funeral. There was a review of one of the last performances that Scott made where a critic described him as “a sword of whispers.”

The piece itself was one of the most beautiful pieces of music that I had ever heard. The vibraphone was ever present throughout, starting with a beautiful, floating solo. The sax came in with a tender melody that just soared. This concert was memorable because the three incredible musicians looked at each other with awe and often had huge grins on their faces while playing, which made the audience hang on to every note, every solo, every piece that was played. The LU Jazz Celebration Weekend performances served as an unforgettable reminder of and testament to the beauty of music.

Storms and Nocturnes perform in Memorial Chapel. Photo by Marieke de Koker This Friday night at 7:30 p.m, the Lawrence Memorial Chapel was packed with community members, high school students traveling to Lawrence to perform for the weekend and all manner of Lawrence students and faculty. The performer on Friday night was a vocalist named…