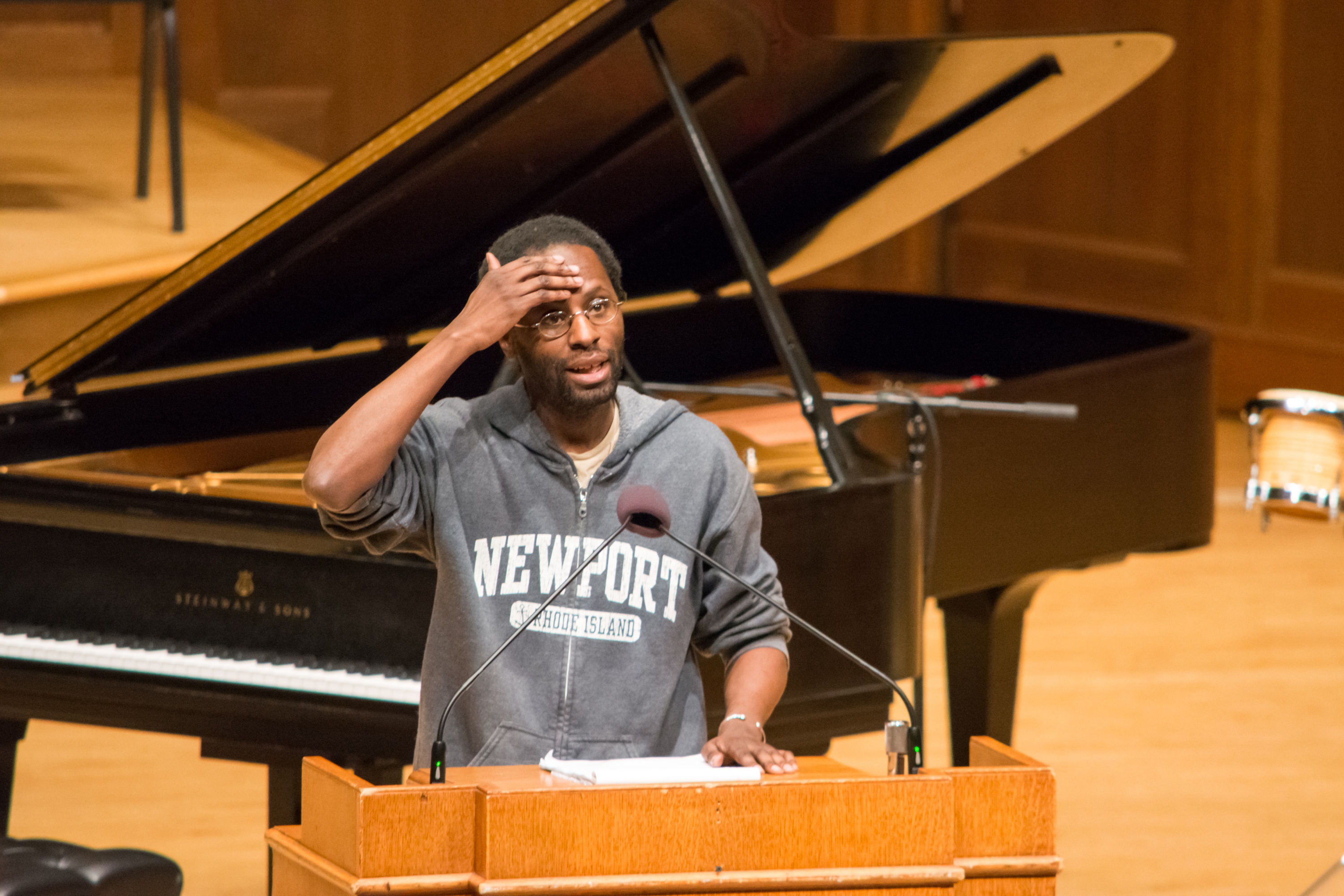 The Martin Luther King, Jr. Day of Service consisted of seven volunteer opportunities both on and off campus throughout the day.

One of these opportunities was learning about international police harassment and writing letters with Amnesty International at 2 p.m. in the Kraemer Conference Room in Warch Campus Center.

Another of the many off campus volunteering opportunities was sorting donations at Bethesda Thrift Shop from 1 p.m. to 5 p.m. Riverview Gardens also had many projects for volunteers to work on such as harvesting and weeding.

The 27th Annual Martin Luther King, Jr. Celebration started off with a welcome by Co-Chairs Rev. Leah Hart-Landsberg and Pa Lee Moua. President Mark Burstein also spoke briefly to thank the MLK Celebration Planning Team and those involved in making the celebration happen. Karen Nelson, the current Diversity and Inclusion Coordinator for the City of Appleton, recognized that this is the 20th year that Appleton has had a Diversity and Inclusion Coordinator.

There were two awards given out, one to an outstanding leader in the community and the other to an educator. Yee Lee Vue was the recipient of the 24th Jane LaChapelle McCarty MLK Community Leader Award.

The fourth Dr. Martin Luther King, Jr. Educator Award was given to Mayra Pasayes. Each year the celebration hosts an essay contest, this year the three winners were Portia Hah, Kate Jannette and La Lee Yang. “With this young generation of leaders we will overcome today. Not someday, today,” said Dr. Bola Delano-Oriaran who presented the essay contest winners.

Aly Wane gave the keynote address “Those Who Have Been Left Out.” Wane’s address focused on how King’s legacy can influence immigration reform, specifically how King’s concept of the evil triplets of racism, militarism and economic injustice relate to immigration. When Wane first became involved with the issue of immigration he decided he “needed to look at the structural issues, which is where Martin Luther King’s legacy comes in.”

Wane started by saying that people “can’t talk about the immigration issue in this country without talking about racism,” and that citizenship has always been a white male issue. Wane then brought up the long history of racially biased citizenship laws from the Chinese Exclusion Acts to Arizona law SB 1070.

Wane’s final topic was Economic Injustice, mentioning how King was critical of economic system the US was built because it pitted the poor workers who were US citizens against poor migrant workers. Also how the race to find cheap labor causes more immigration.

“The only way things are going to get better is if we become global citizens,” said Wane when closing his address. Wane stressed the idea that there are always things people can do to try to make things better in the world. Wane said that while life is currently difficult for many, people should still try to help others since “healing is connected to the well being of others.”