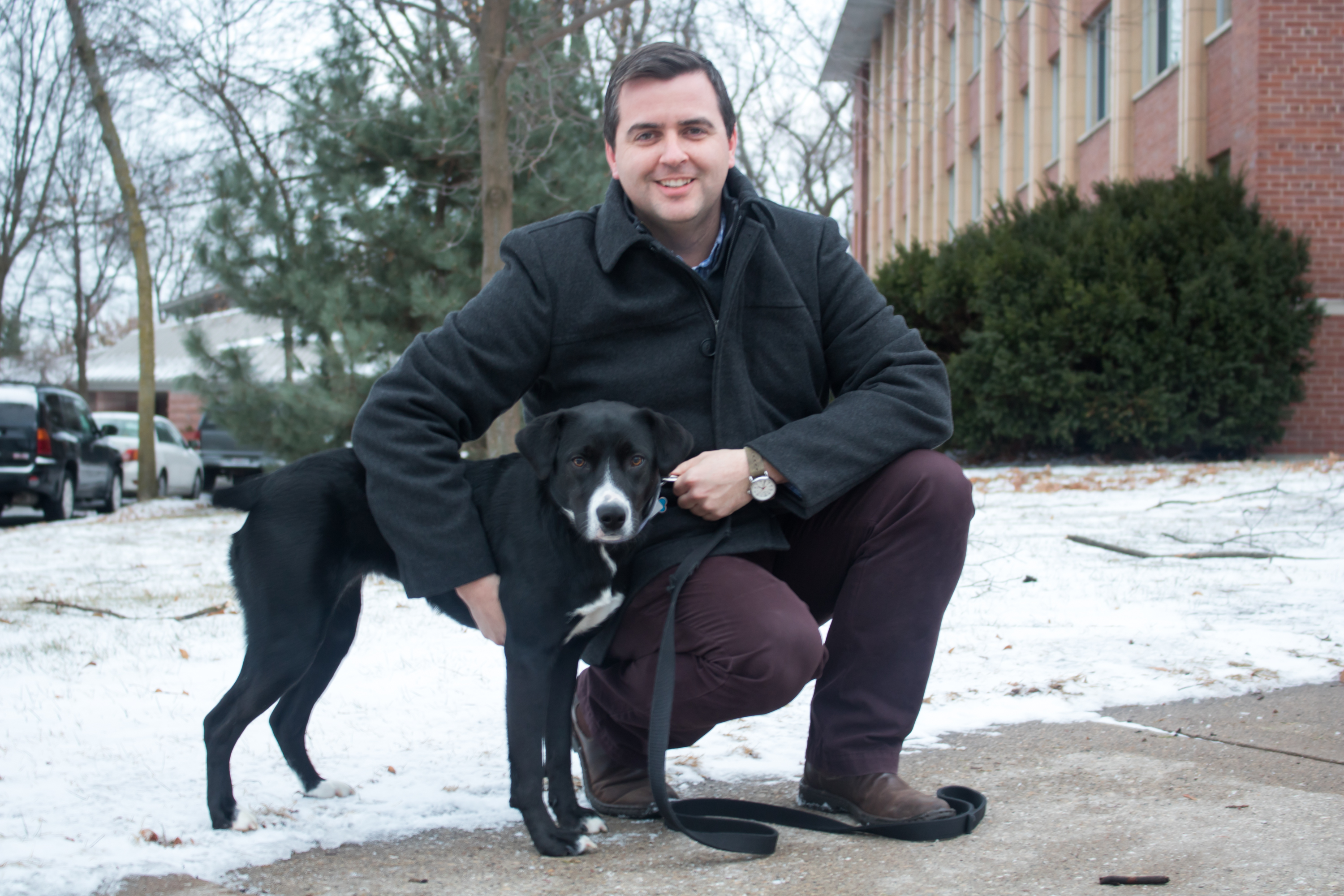 Dean of Students Curt Lauderdale with his dog Tilly in the snow.
Photo by Larissa Davis.

This week’s hidden figure can usually be found anywhere on campus. I personally met him as a freshman on my first day of school when he helped me find my 9 a.m. class. Dean of Students Curt Lauderdale is always available to assist students on campus. When he is not in his office in Raymond House, Lauderdale works closely with Vice President for Student Life Chris Card and Associate Dean of Transitions, Support and Persistence Paris Wicker. Lauderdale doubles as an on-call system and handles non-academic accommodations such as select housing and meal plans.

Lauderdale graduated from Lawrence in 2001 with a government major and history minor. Originally, he was in pursuit of a Bachelor of Music in voice. He wanted to be a soloist, but it was not his calling, so he decided to change to a Bachelor of Arts. Now he limits himself to singing in a choir or in his car. He moved to the East Coast for graduate school and got a Master of Arts degree in student organization with a focus on student affairs at George Washington University.

Lauderdale worked in the Georgetown University Residence Life office as an area coordinator. He managed multiple complexes in addition to 900 beds and programming. He came back to Lawrence in the summer of 2008. Lauderdale spent a total of three years as a residence hall director: two years in Hiett and one year in Plantz. He has been in his current position as the Dean of Students for three years.

When asked what he likes about his job, Lauderdale responded, “There is no set schedule, which creates different tasks every day.”

Lauderdale describes his job as high contact and always changing. He is there for housing selection, helping students find classes and communicating with faculty, staff and alumni. “It is fresh and engaging to see different areas of campus, meeting students and their parents every day,” remarked Lauderdale.

Lauderdale would also like to travel more. He went to Chicago for a meeting with colleagues from the Great Lakes Colleges Program and the Washington area to visit friends. Much of his time is spent doing Lawrence things. Lauderdale is passionate about education because it is important for students to learn and grow into curious, well-rounded adults who give back to the community.

Lauderdale also volunteers with A Better Chance. It is a chapter in Appleton that will have its fiftieth anniversary in 2018 as a national program for helping students finish high school to have a better chance at a fulfilling academic experience. The program encourages students to move away from home and attend graduate school or find an occupation.

According to Lauderdale, the ‘Lawrence Difference’ is allowing students to work with faculty and staff to learn about their interests. Lauderdale believes it is his responsibility as a faculty member to shape an individual’s experience into one that is fulfilling. He is interested in helping students propel those interests forward. Students here have access to resources that other schools do not have and should take advantage of them.

He believes Lawrentians have a genuine curiosity instead of checking boxes of requirements to move on to the next thing. Lawrence offers many service and employment opportunities. Lauderdale enjoys working with interesting individuals who are engaged in what they do.

Nothing compares to Lauderdale’s spirit and enthusiasm for Lawrence. He is someone to admire because he makes Lawrence a better place and is always on the move to hear students’ voices across campus. His humor and dedication makes him a hidden figure of note.

Dean of Students Curt Lauderdale with his dog Tilly in the snow. Photo by Larissa Davis. This column is devoted to highlighting staff members that play a huge role in the everyday experiences of the Lawrence community. The goal is to focus on the “Hidden Figures” of Lawrence University and their interests both within, and…