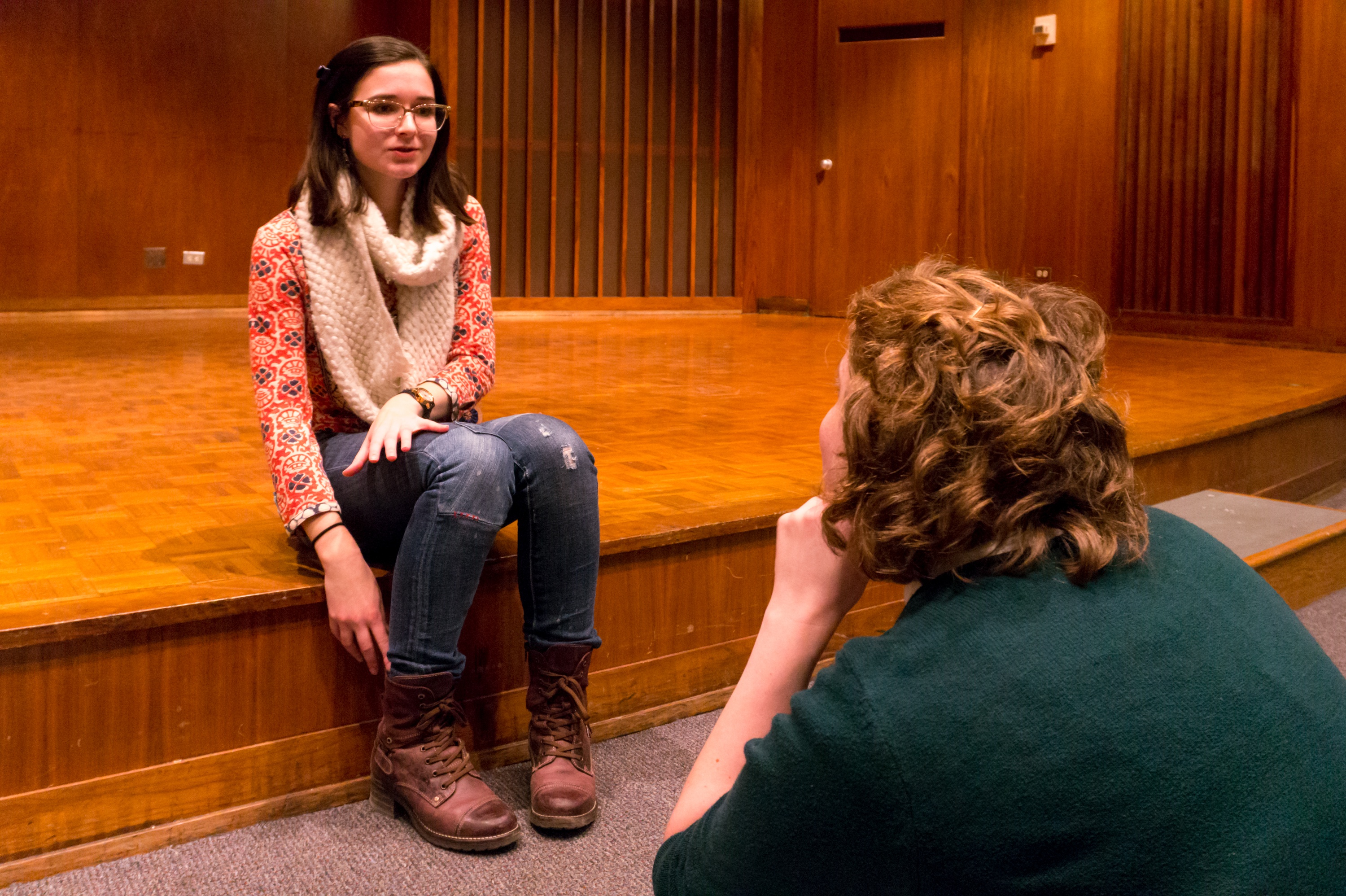 Senior Vocal Performance major Clio Briggs talks with The Lawrentian about her senior recital and other experiences as a vocalist.
Photo by Larissa Davis.

For some, finding a calling is a matter of time. But for others, like senior vocal performance major Clio Briggs, finding a calling comes in the blink of an eye. Briggs has always known she wanted to be a singer and since she was younger she has been honing her work in private lessons, performing in musical theater and sharing her love of music with those around her.

Briggs stated, “My parents tell me when I was two years old I dressed up as a ‘Singing Bee,’ and I sang myself to sleep before I could go trick-or-treating. Ever since then, I’ve known I’ve wanted to be a singer.”

Briggs quickly cited singing as a major source of confidence in her life, suggesting that performance was truly what empowered her to open up at a young age and to take ownership of her confidence. Briggs spoke to this empowerment as she stated, “Music can be used to empower and to take away power. If you’re performing music that makes you feel empowered as a person for the right reasons, that’s very important. And if you’re a part of a professional ensemble and able to do the same thing, then that’s amazing because you can do so much with that. It’s so important to show other people what the potential music can be for everyone. It’s empowering to feel like you can make a difference with music.”

The first step in allowing music to empower others is by creating music that can first be understood. This process of communication is a balance of both technical understanding of words and emotional embodiment of those words. Briggs explained, “The technical analysis is super important and there are stages through understanding what the words mean and also what the words mean to you. There’s also the process of learning what you can do with each sound of the word.

Right now, Briggs is in the stressful process of balancing school work, opera, ensembles, graduate school auditions and finalizing her work in her senior recital. Last year, Briggs’ performance in her junior recital was, as she stated, “One of the best moments of my life.”

Briggs performed repertoire with pieces written by composers Purcell, Schumann, Nadia Boulanger and Eva De Luca. Briggs was eager to specifically point out the work of Nadia Boulanger. The French twentieth-century century composer, while having a wide breadth of compositions, is rarely recognized for her work as a composer and is much more remembered as a teacher.

As Briggs has set out to put together her senior recital, she has noted her growth as a musician from her junior recital until now. Briggs strongly expressed that she has learned more about what fulfills her as a performer.

Briggs suggested she finds this fulfilment most “in performing music by people you don’t hear often perform.” Briggs elaborated on this as she stated, “I’m trying to find more female composers to perform works by. I have three or four female composers that I have lined up to do sets of and I’m really excited by that. I have a French melody set by Augusta Holmes and a German set by Fanny Mendelssohn and a piece by Isabelle Abouker.”

This has not been all an easy task for Briggs, as she has found that while there is a growing trend in seeking out music from a more inclusive range of composers, there is still a long way to go in making this music accessible.

Briggs explained that while there is more accessible music by female composers online now than there was ten years ago, there is still a deep level of inconsistency in finding this music.

“There’s still some music you just can’t get a hold of,” she explained. “I was looking for a piece of music this year and there was one single copy of it in the United States, so I had to get that from the University of Michigan. It was just one single score. All this music has never been published, so it is a process.”

As Briggs continues to pursue a range of music from an inclusive community of artists and composers for her senior recital, on April 28, she suggested that the pursuit of music is something everyone can and should celebrate in the right environment.

“I feel like everyone loves to sing,” she explained. “Of course it doesn’t have to be in opera. We can’t pinpoint in history when people started singing. It’s key to our communication. I think singing can give anyone joy if there are no negative stakes.”

As the year churns on, Briggs is singing her way joyfully and eagerly towards the next chapter of her career. Briggs stated, “I don’t really care where I work as long as I am happy and making some kind of livable salary and feel like I’m staying true to myself. I want to make my own musical world possible where I can make music that I think is right and good and helping the world. I don’t want to be in operas just to be in operas.”

Briggs looks to make meaningful music to be understood, to be empowering and to fill people with the joy she feels while singing.

Senior Vocal Performance major Clio Briggs talks with The Lawrentian about her senior recital and other experiences as a vocalist. Photo by Larissa Davis. What does it mean to be engaged, to be empathetic, and to strive for understanding at Lawrence University? What does fulfillment at Lawrence University look like, and more importantly, what does…