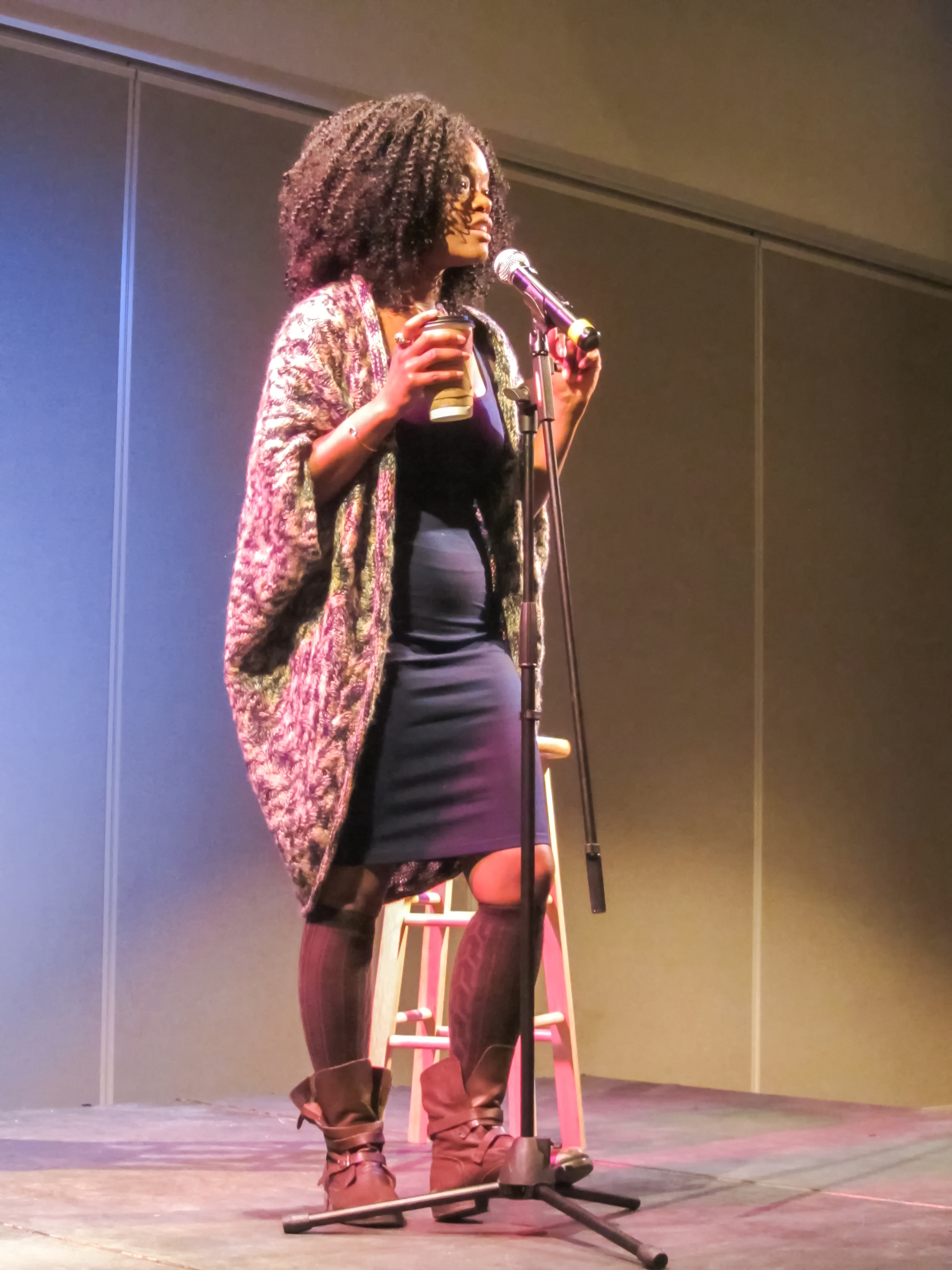 On Feb. 15, touring performance artist and slam poet Ebony Stewart performed for an intimate crowd in the Mead Witter Room in Warch Campus Center. The reading, sponsored by the Events Planning & Organizing Committee (EPOC) and Slam Poetry Club, began with Stewart telling the crowd that she expected them to interact and respond to her poetry. This statement garnered laughter from the crowd and made everyone feel comfortable with one another. After some commentary from the crowd, Stewart launched into her set.

Throughout her time on stage, Stewart highlighted many aspects of her life through her poetry, including the history of her name, growing up without a father, experiences as a grade school sex education teacher and different flirting/pick up lines she has heard. Stewart’s passion was evident while performing; her animated hand gestures and the raw emotion in her voice made the audience feel as if they were also enduring her hardships. While her poetry gave all in attendance a penetrating look at her life and experiences as an African American woman, Stewart’s personality really shone through in between her poems.

After delivering her first poem (an honest look at gender, innocence, family and OCD), Stewart talked to the crowd. The key part of this was that she talked to the crowd, not at them. Stewart’s warmth and humor filled the room as she discussed everything from the new movie “Black Panther” to various students’ majors, which she asked them to freely shout out. This back and forth between performer and attendees was incredibly refreshing; most of the audience members were students interested in some sort of performing art, and here was an artist directly engaging with them. After each poem, Stewart continually immersed herself in the lives of the Lawrentians in attendance. She strategically asked questions that led into the topics of her next poems, allowing the audience time to recall their own similar experiences and empathize with Stewart’s ordeals.

Stewart’s poetry gave a tantalizing look at life as an African American woman and, more broadly, life in general. While not everyone could relate to growing up with an absent father, all audience members could easily understand the humor and awkwardness of the different pick up lines she recited. After ending her set and thanking everyone, Stewart opened up the stage for anyone to perform their own pieces. Numerous Lawrentians recited their own works, some empowering while others heartbreaking. One student even took to the piano and played an original song he wrote himself. Throughout all these pieces, Stewart acted as each student’s number one fan. She introduced them and led the thunderous applause afterward, showing that she too was once an aspiring artist.