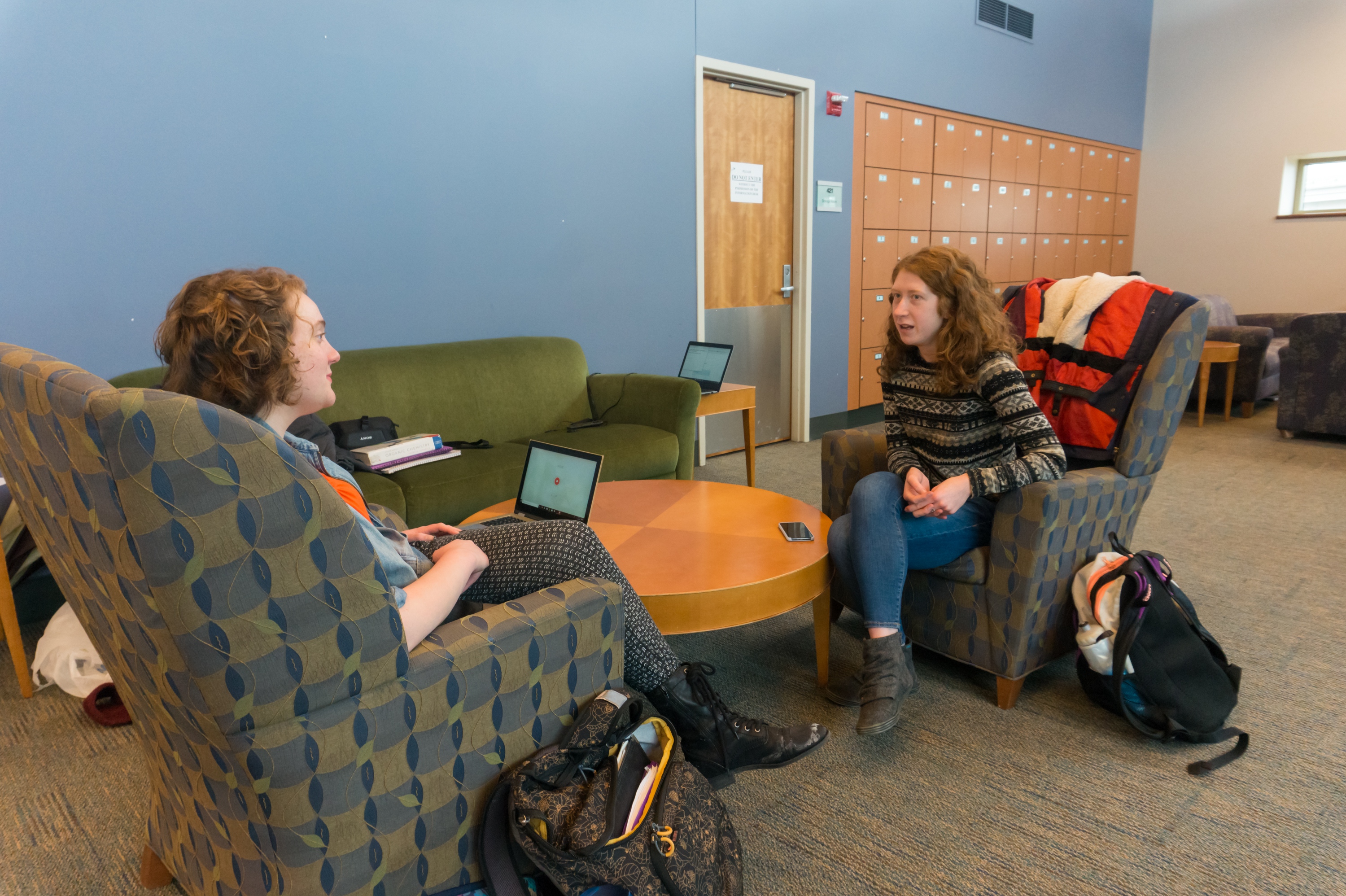 Math and clarinet performance double major and fifth-year Kate Kilgus has filled her Lawrence experience with classes, projects and sports that satisfy her craving for hard work that leads to fulfilling achievement. “I definitely feel old,” Kilgus stated while laughing as she explained her life at Lawrence as a fifth-year student, “but I still feel connected to campus community, and I value that.” For Kilgus, it is that sense of community that pushes her to continue to strive for achievement.

As her final year at Lawrence churns along, Kilgus looks back to what originally drew her to the campus in the first place, crediting the multiple opportunities for students to pursue her multiple areas of study. Kilgus stated, “A big reason why I chose Lawrence was the dual degree program. I knew that I wanted to continue with music at a higher level, but I never saw myself only doing music. Though now, that’s maybe what I’m looking towards doing in the future. When I was applying for schools, that’s what I envisioned.”

If there’s one pursuit Kilgus is continually envisioning, it is the pursuit of accomplishment, which Kilgus embarks in both mathematics and music. Kilgus stated, “People either tell me that music and math use the same part of the brain, or they tell me they’re totally different. I think they are similar. With a problem set or with a piece of music you start at the beginning not knowing how to solve it or play it at all and then, over a long period of time, you chip away and you make small improvements or discoveries, and at the end, you come into this satisfying product or solution.”

Kilgus even noted some literal connections between her studies in both mathematics and clarinet performance. She stated, “My sophomore year there were overlaps between my math class and my music theory class. When we were learning about set theory in music theory, we’d have these diagrams for integers, and I’d turn to look at my math notebook and see the same things.”

Last year, Kilgus’ Senior Experience Project in mathematics culminated in her working through books of proofs revolving around linear algebra to solve and present to her fellow students and professors. Kilgus not only values that process of working to solve these problems on her own, but relishes in the community she has discovered through her problem solving.

Kilgus explained this as she stated, “Over my time at Lawrence I feel like the math department has become more invested in creating a sense of community. For one, there’s now the Association of Women in Math. Also, I think there’s been an effort from everyone to create a community in math. I’ve never been one to shy away from the collaborative aspect of learning.”

When Kilgus is not working to crack the code of a math problem, she might be found working at her internship with the Fox Valley Symphony. Not only has Kilgus found musical joy in this position, but she has also discovered all different kinds of opportunities music creates for a community. Kilgus said, “One thing that is really special to me about the Fox Valley Symphony is their emphasis on making the arts and classical music accessible to a wide community of people instead of catering to a stereotypical group of people. They have so much outreach that they can use to their advantage of course, but that still makes a big impact.”

“I think music can only create a stronger sense of community,” Kilgus explained, in support of the big and positive impacts music creates. “In any kind of community or city, music can bring people together and can help people feel a sense of connection and pride. I think if Appleton didn’t have this arts and music scene, a source of pride would go away.”

Much like Kilgus has seen the ways music can improve a community, she is also privy to the ways music has improved her own life. Kilgus stated, “I think what I’ve grown to love about clarinet is that I can control this process and create something and discover something after I put in a lot of work. I can find a sense of ownership in what I’m producing. When I first came to Lawrence it was more about learning to play correctly, but now I’m getting to a point where it’s about making musical decisions and having my own voice on the instrument.”

Kilgus’ true love of clarinet started at a young age, during fifth grade. She has grown to love artists like classical clarinetist Sabine Meyer and current Principal Clarinet of the New York Philharmonic Anthony McGill, and is always looking for new music that will excite her and that she can share with others.

Kilgus stated, “I am drawn to different pieces for different reasons. Sometimes it’s immediately a fun piece to listen to or it’s simply catchy. But I think it’s also fun and rewarding when there’s a piece that you aren’t necessarily excited about at first but as you stay with it you grow to love it. The more you play it the more you discover and then you get excited about it and then it becomes your job to convince your audience to be excited about it too, just as you’ve come to appreciate it.”

Overall, Kilgus has pursued a life at Lawrence that fosters her love for the results and achievements of hard work and passion. Whether it be in the practice room, in an equation or on the track field, Kilgus views the things she loves as a process that culminate in some fulfilling result. She could not help but to connect all her interests back to the love of hard work paying off. Kilgus stated, “It’s all about a long term effort and it’s a performance where, if you put in the work, you’ll see rewards.”

Mathematics and clarinet performance double-major and fifth-year Kate Kilgus talks about her work. Photo by Larissa Davis. This column intends to find out what it means to be empathetic, to strive for understanding and to document fulfillment in action by having conversations with students working on Senior Experience Projects at Lawrence on how they are…