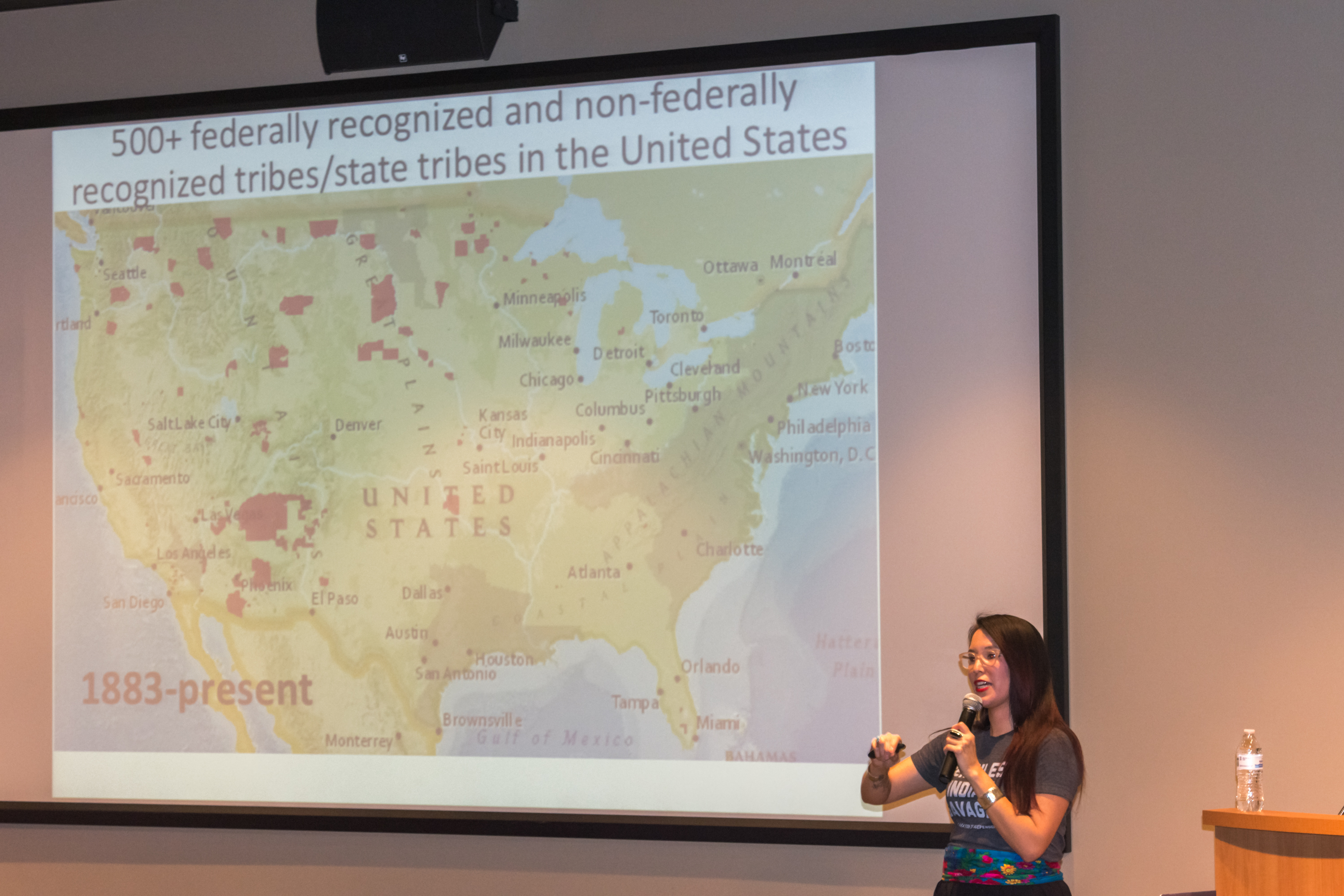 As a designated time for people of color on campus to “shine,” the People of Color Empowerment Week occurred from Sunday through Saturday of eighth week. The event, organized by a variety of diversity organizations, including Black Student Union (BSU), All is One! Empowering Young Women of Color (AIO) and Colores: Empowering LGBTQ People of Color, featured a different prominent speaker for each day, and ended in the annual Cultural Expressions performance.

The week began with a dinner on Sunday in the Diversity Center organized by AIO president and senior Mauranda Owens. The dinner was casual and open to everyone, with hot food and soft drinks. Owens explained, “It’s important to start things off right, that we can all be relaxed and not worry about logistics. This way, we can go into the week with good vibes—we can go in feeling great and end up feeling even better.” As a senior, this was Owens’ first year doing a large portion of the week’s organization, but she said she received a lot of support from Diversity Center leaders and other groups on campus.

Each diversity organization was given a day of the week to bring in their own speaker. These included speakers from a wide variety of backgrounds. For example, Lawrence University Native Americans (LUNA) invited Dr. Sasānēhsaeh Pyawasay of the Menominee Nation of Wisconsin to give a talk titled “Decolonization and Community as Sources of Empowerment” on Wednesday. According to the event organizers, Pyawasay’s work is “centered around modern-day colonialism and its impact on individuals and communities.”

Another event brought a familiar face back to Lawrence in alumnus Jaime Gonzalez ‘16. Gonzalez graduated from Lawrence in 2016 and currently works at the Cassandra Voss Center at St. Norbert College. He, along with Alianza, led a workshop on Thursday titled “La Lucha: Remembering Latinx Resilience, Living Tomorrow’s Dream” which was meant to “familiarize participants with Latinx ancestral knowledge” and work to create a bright future for the Latinx community of today.

Other events included Colores’ workshop on Friday with Racial Justice Youth Organizer Ali Muldrow, who works at the Gay Straight Alliance for Safe Schools, and Kai Davis on Tuesday, a popular spoken-word poet whose work on feminism and African American issues is often praised for being both resonant and powerful. An additional event featuring fellow poet Sabrina Madison was unfortunately canceled due to the ice storm that froze campus on Monday.

The week culminated with Cultural Expressions on Saturday in the Warch Campus Center Esch Hurvis Room. Cultural Expressions is a yearly artistic performance that participants spend weeks rehearsing for, revising poetry and rewriting songs. Everything that appears on stage is written, directed and performed by the students themselves. Many people of color feel that Cultural Expressions is an essential component to their Lawrence experience, and one of the most powerful opportunities to express themselves all year. Performers included junior Shauna Simmons, senior Bernard Lilly, junior Briana Faulkes as well as many others. Campus leaders like President Mark Burstein and Vice President for Student Life Chris Card were also in attendance.

Simmons spoke to The Lawrentian about her personal experience with Cultural Expressions. Her poem, “America You Have Forsaken Me” delved into a common, yet continually rich theme about racial hierarchies in the U.S., and the subtle ways that language itself can bore into the foundations of non-white communities, creating rifts, discord and self-hatred. Simmons’ poem, as well as the works of many others, dwelled on the struggle that these obstacles demand and called out what she identifies as a lethal class system in the United States that is built on race, with roots going back to the institution of American slavery.

However, Simmons stated that one of her highlights for this year’s Cultural Expressions was the sheer number of freshman participants. “When I was a freshman, I was too scared to perform,” said Simmons. “It was amazing how many freshmen this year, felt they had a space and were comfortable enough to stand up on stage.” When asked about what she wished she knew as a freshman, Simmons replied, “You have to take this opportunity when it’s presented to you. You don’t have to [be] perfect to put yourself out there.”

Dr. Sasānēhsaeh Pyawasay delivered a talk on decolonization on Wednesday. Photo by Emma Gilshannon As a designated time for people of color on campus to “shine,” the People of Color Empowerment Week occurred from Sunday through Saturday of eighth week. The event, organized by a variety of diversity organizations, including Black Student Union (BSU), All…