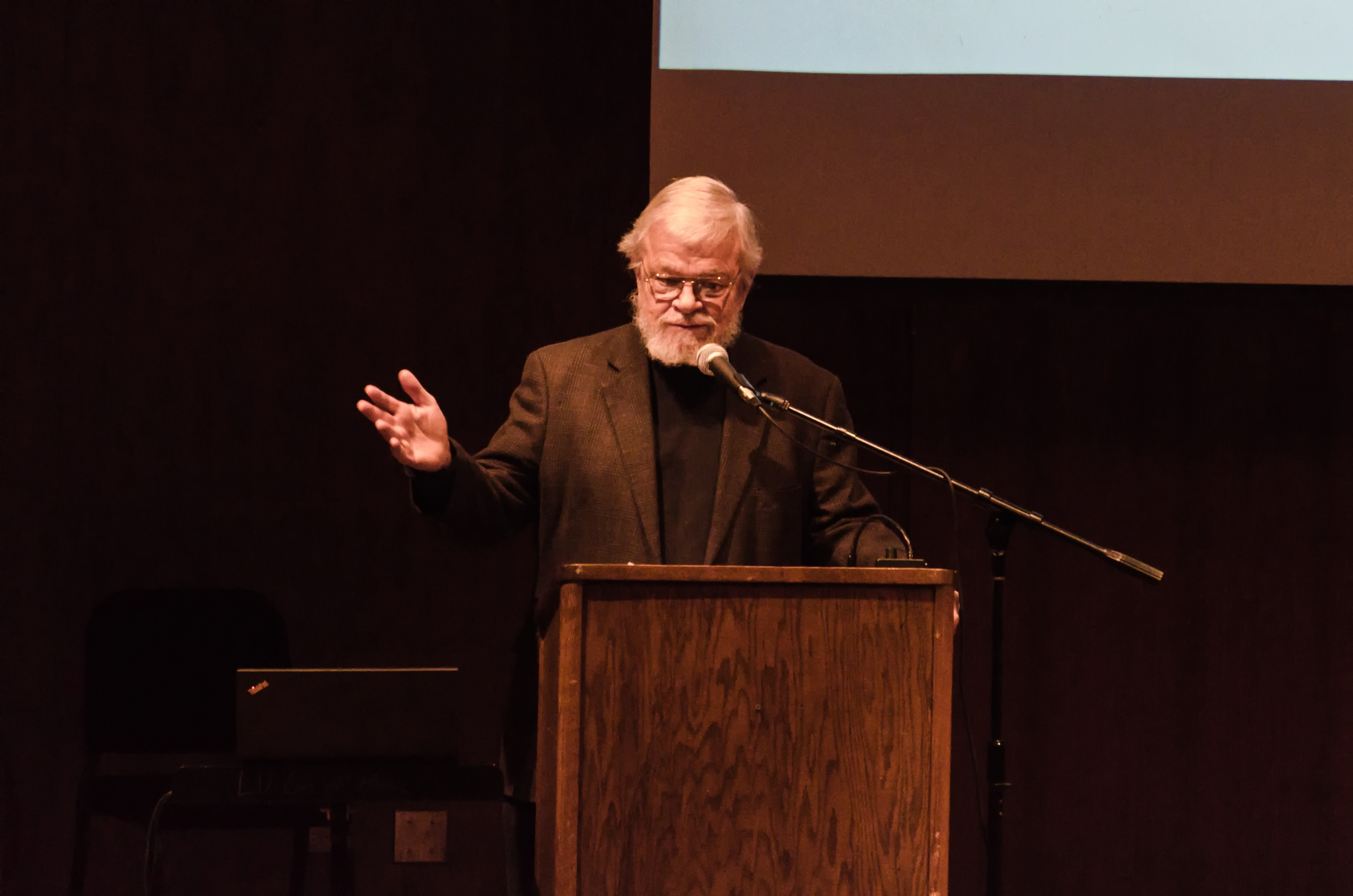 Professor of Law Emeritus at the University of Wisconsin-Madison Bill Whitford is one of the named plaintiffs in Gill vs. Whitford.
Photo by Marieke de Koker

On Wednesday, Feb. 21, the named plaintiff of Gill vs. Whitford, Professor of Law Emeritus at the University of Wisconsin-Madison Bill Whitford addressed both the Lawrence and greater Appleton community about the historic case that is currently being deliberated by the United States Supreme Court.

Whitford used the evening to describe the dangers of gerrymandering and how the case unfolded. In his lecture, Whitford defined gerrymandering as establishing electoral districts to benefit a particular party or group.

This case in particular, as Whitford explained, is so significant because it is the first apportionment case that was ruled as unconstitutional by a state trial court. In the case presented to the Supreme Court, Whitford and the other plaintiffs, argue that the 2011 redistricting of Wisconsin by Republican legislators should be classified as extreme partisan gerrymandering, and therefore gave a significant unfair advantage to Republicans in the election.

The case argues that the redistricting in 2011 caused the 2012 election to be biased: Republicans accounted for 60.6 percent of State Assembly seats, even though they only received 48.6 percent of the vote. This prompted Democrats to claim their votes were “wasted.”

In his talk, Whitford explained how the plaintiffs and the lawyers worked together to tackle this case. In the summer of 2013, Democratic activists, including Whitford, started meeting in Watts Tea Shop in Milwaukee, and discussed the initial idea to bring this situation to the Court. A year later, in 2014, the original legal team was put together, and they filed a complaint to district court in July 2015. In September of the same year, a special three-judge court was appointed.

Almost a year later, in May 2016, the four-day district court trial occurred in Madison, and in November, the trial court ruled on the case: Whitford and his team had won. The state of Wisconsin swiftly appealed to the United States Supreme Court, and oral arguments were set on Oct. 3, 2017.

This is significant, because to Whitford, this signifies that the Court is ready to make a decision on what “extreme gerrymandering” is, and by choosing to hear cases from both parties where both parties may be at fault, they are showing the American people that their decision is unbiased and not politically motivated.