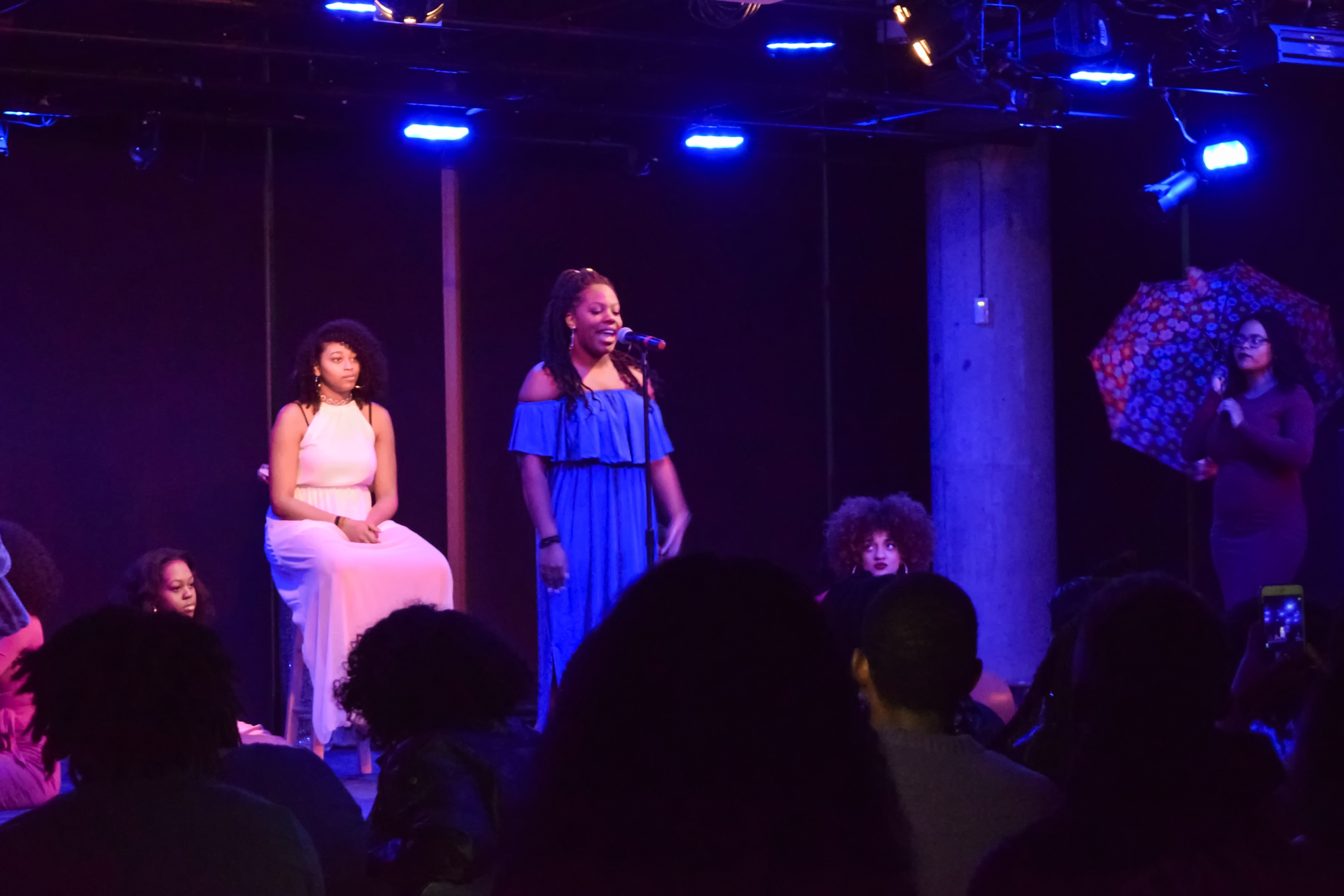 The event was a series of performances by African American students on campus. The show consisted of poetry readings, song performances, dance and rap music. Among the performed selections were several original works by BSU members. The focus of each performance was empowerment, beauty and self-love. There was a strong emphasis on the struggles of African Americans and minorities in America today, as well as an acknowledgement of how far equality has come and how far it has yet to go before the modern world is truly equal.

The event opened with the Black National Anthem, sung by senior Mauranda Owens, and was followed by an empowering poetry reading called “Goddesses of Color,” presented by several of the female performers. These first pieces set the tone for the rest of the performance, encouraging self-expression and self-love.

Despite the semi-formal setting of the event, it was made more relaxed as audience participation was encouraged during the pieces. Many performers, as well as audience members, got up to dance during the songs and shouted out encouragements and affirmations of agreement during poetry readings.

The event brought in several Appleton community members as well as Lawrence students, giving opportunity for the BSU’s positive messages to extend beyond campus.

The BSU is an organization on campus that promotes cultural diversity and expression. They address political, economic and social issues that affect ethnic minorities and focus on social activism. The group welcomes any student, regardless of religion, sex, or race. BSU meets weekly on Thursday nights at 7 p.m. in Sankofa House.