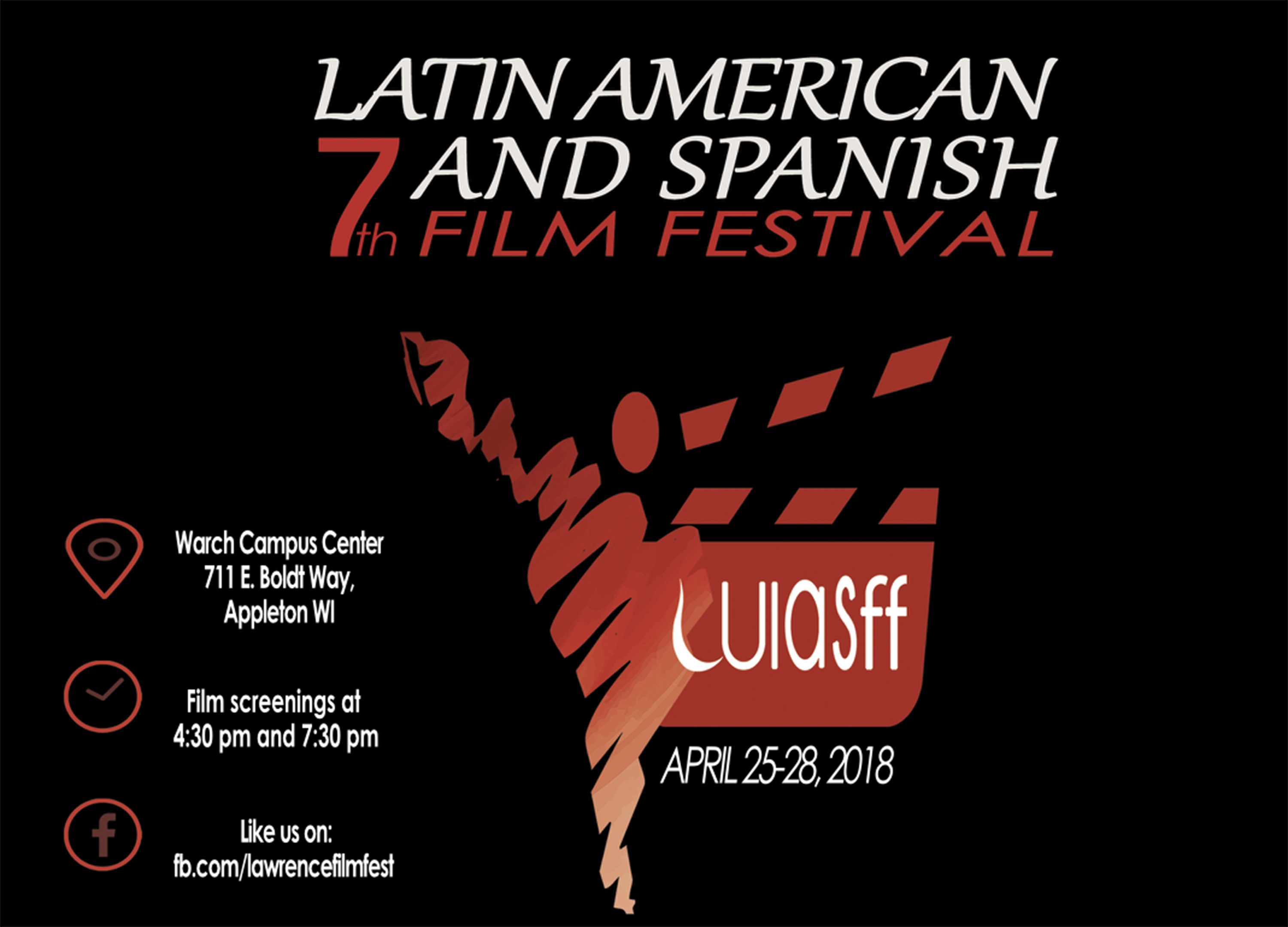 This week, from Wednesday, April 25 to Saturday, April 28, is Lawrence University’s seventh annual Latin American and Spanish Film Festival (LULASFF). Between Wednesday and Saturday, film screenings will be shown in Warch Cinema at 4:30 p.m. and 7:30 p.m. each day. In anticipation of this exciting event, The Lawrentian has interviewed two of the people behind this festival: Instructor of Spanish Cecilia Herrera (CH) and Associate Professor of Spanish Rosa Tapia (RT).

How did the film festival begin at Lawrence, and what was the inspiration behind it?

CH: Javier Guerrero, who is now at Princeton University, organized the first version of the festival in 2012 as a thematic event (gender, music, etc.). When Rosa and I took on the organization in 2013, we decided to concentrate on bringing a selection of the most critically-acclaimed Spanish and Latin American movies from the previous year, because they are what our audience craves. There are almost no foreign film screenings in our region, in theaters or elsewhere, so people come from all around to take advantage of this unique opportunity.

What is the process of picking movies and guest speakers like?

RT: Cecilia has been the force behind the film festival for the past four years. She is the main organizer, curator and coordinator, and she works very hard to get terrific films and guests every year. I have a relatively small supporting role. Cecilia consults with me during the film selection process; I help with grant writing, venue reservations, online publicity, social media and minor things like that. Cecilia does all the heavy lifting: she locates and talks to film directors, producers and distributors around the world, negotiates film screening fees, selects guests and coordinates their visit…which is a lot. Without Cecilia’s fierce passion for the festival and her mad organizational skills, we would have stopped doing this event years ago.

Is there a part of the fest that you are particularly looking forward to?

CH: I look forward to seeing the interaction between community members, faculty, staff and students while they enjoy wonderful films and experience different forms of cultural diversity. I am also looking forward to the Q&A’s. This year we have a film director and a producer coming to Lawrence to discuss their films.

What do you hope that Lawrence students take away from this film festival?

RT: I hope they realize that this is a unique event among colleges like Lawrence in the Midwest. No one else among our peers does something like LULASFF. This is their opportunity to “travel” and learn without leaving campus, to enrich their perspective and to have a glimpse of other lives through film.

On a final note, Herrera and Tapia impart on students that, “The event is free! We have filmmakers and producers presenting their own award-winning films, and the atmosphere is incredible. Come and join us!”