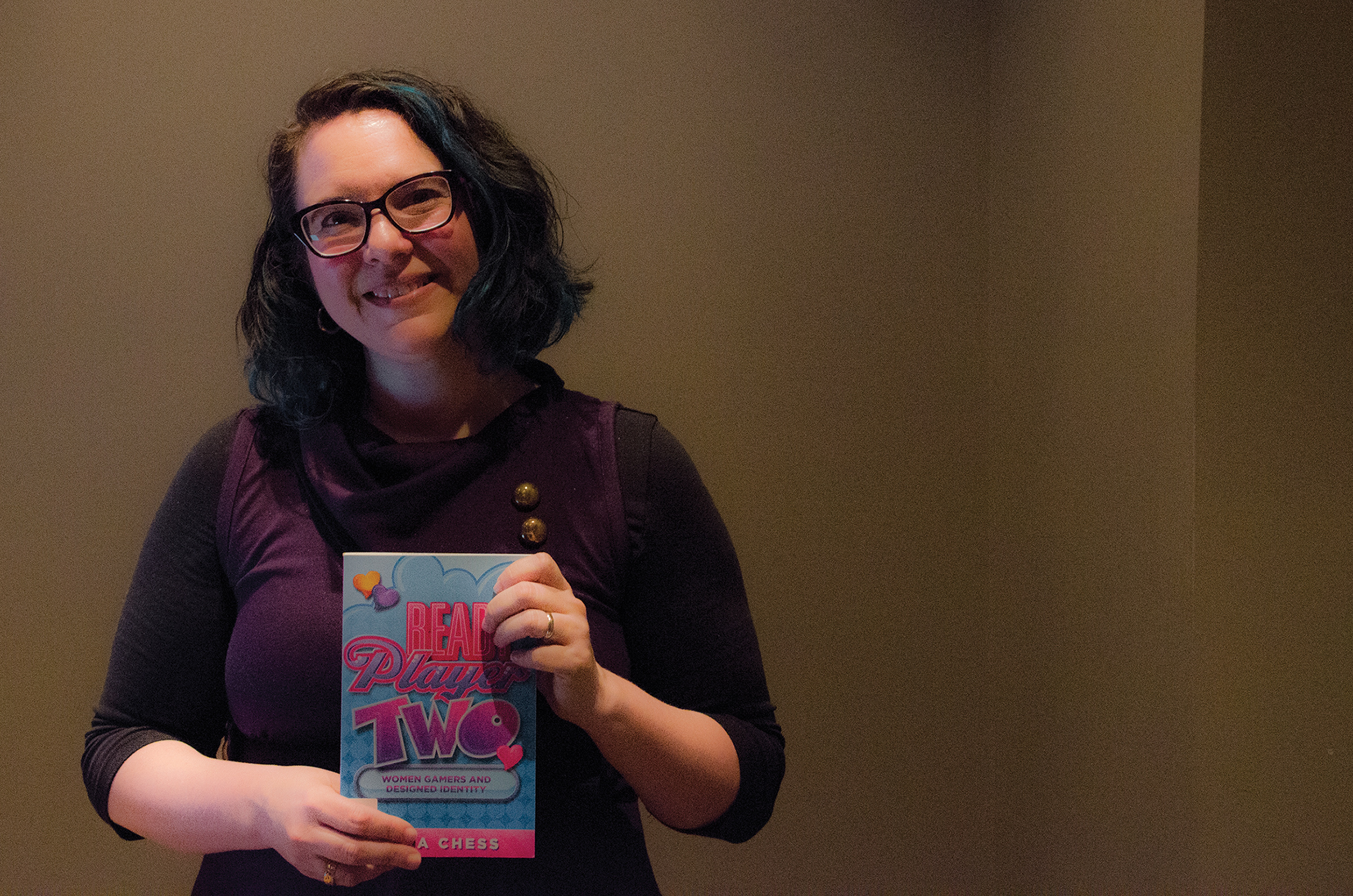 This year’s keynote address was delivered by Assistant Professor of Entertainment and Media Studies at the University of Georgia Shira Chess.
Photo by David Baldwin.

To explore diversity in the gaming community, Lawrence University Gaming Club and the Gender Studies program sponsored the fifth annual Women and Identities in Gaming Symposium. The symposium was held in the Warch Campus Center Cinema from 12:30 p.m. to 4 p.m.

Assistant Professor of Entertainment and Media Studies at the University of Georgia Shira Chess was the keynote speaker of the event. Her lecture was focused on her book, “Ready Player Two: Women Gamers and Designed Identity.”

Chess started off her talk by bringing up the question of who plays video games and who is considered a gamer. “In reality,” said Chess, “it isn’t who actually plays video games, but what the impression of the typical gamer is” that matters to the gaming industry. The main point of Chess’s lecture was how the gaming industry makes games for certain people and the different ways that this is done.

According to Chess, designed identity affects games aimed at women in four main ways. Chess defined these four ways as playing with time, playing with emotions, playing with money and playing with body. The idea that designed identity plays with time in games designed for women was Chess’s first point. In most of the games designed for women, Chess pointed out, it is assumed that women do not have much time to play games. Many of these games are made so that they can be paused at any moment and have time limits built in. This has created a genre that Chess called time management games.

Emotions factor into designing games for women as well, and Chess pointed out that the emotions present in these games would not be found in other types of games. One example of how games for women differ was how hearts are used as symbols. In many games, hearts symbolize how much energy, or life, the player has left. In games designed for women, like the time management game “Diner Dash,” hearts represent how satisfied the person you are serving in the game is. Chess stated that this use of hearts represents the idea that women want to be responsible for the emotions of others, rather than themselves.

How money is involved in games designed for women was Chess’s third point. Chess started this section by showing a commercial for a gaming store, which centered around a woman purchasing games for other people. Chess said that this has long been a factor in video games, because women have often been expected to buy these games, but expected not to use them.

Another way that designed identity plays with money in games designed for women is how some of these games make a significant amount of money. One example that Chess gave was “Kim Kardashian: Hollywood” which has been one of the highest grossing mobile games. Free games like this, Chess said, allow diversity a spot in gaming without it being considered a legitimate form of gaming.

The final point Chess made was how designed identity factors into the bodies used in games. How the body of the character you are playing appears, how many female characters in video games are sexualized and how, in many games designed for women, the character being played as is often not human or not present on the screen at all.

After Chess’ talk, alumnus Alec Dumas ‘19 delivered a lecture titled “Hold Onto Anything: Representation and Reconstituting the Self in Night in the Woods” at 2:00 p.m.

The symposium was concluded at 3 p.m. by a panel discussion that included Chess and students from the Lawrence University Gaming Club.