Geology, art and music meet in May Day performance 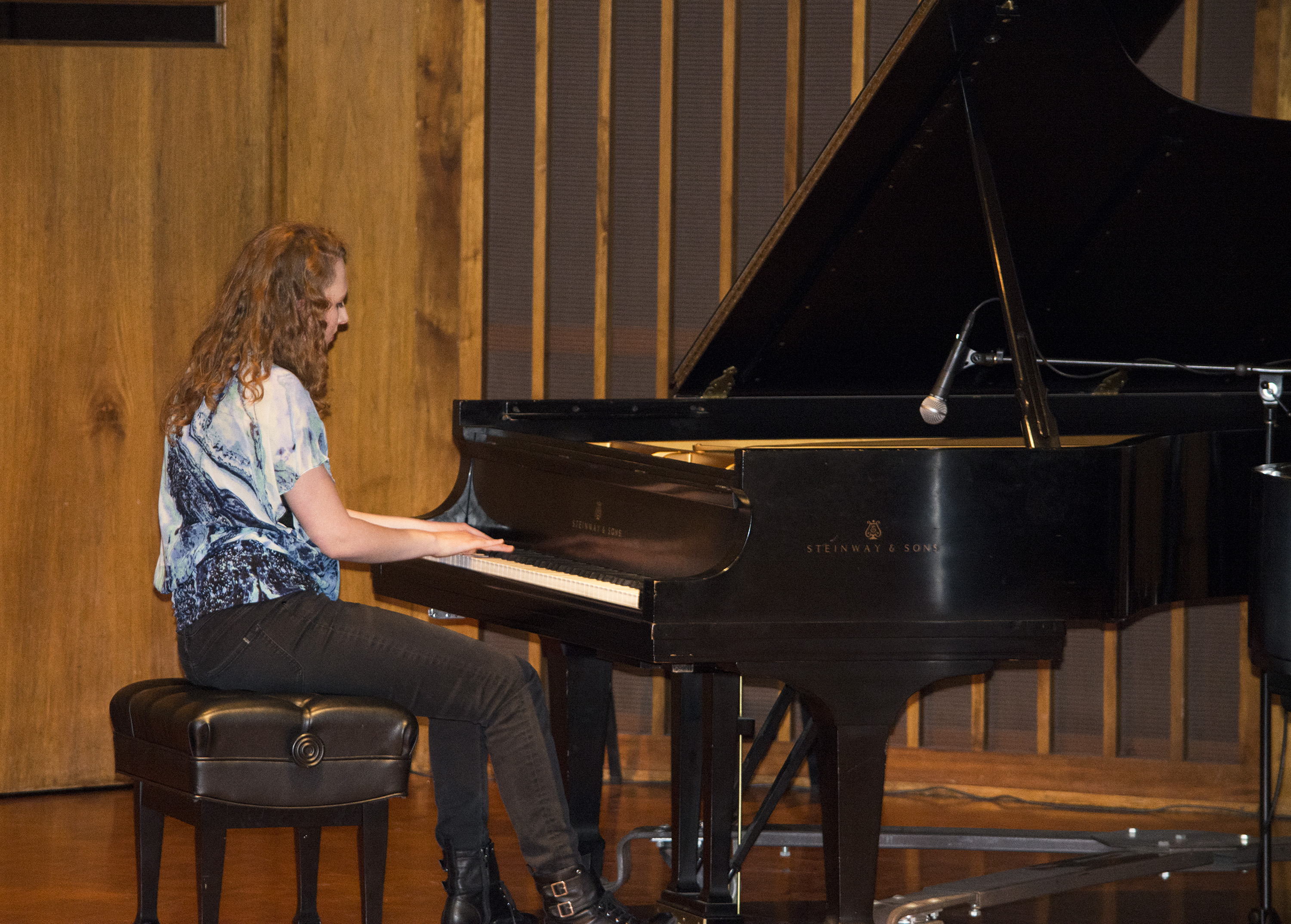 The presentations by geology students were interspersed with piano performances.
Photo by Emma Gilshannon.

Geology, art and music worked in tandem at an event on Tuesday, May 1 hosted by representatives of all three disciplines titled, “Water and Time: Contemplating environmental change through music, art and geology.”

The presentation of the students’ work was arranged in sections by topics presented by geology students. The topics included primeval time, oceans, rain, rivers, glaciers, groundwater and lakes. Each topic section was accompanied by a brief overview of the subject and its implications as well as how it played a role in the creation and current landscape of Wisconsin and, more specifically, Björklunden.

After each water-related topic was presented, piano students played pieces that represented the geological feature and feelings it evokes. Before playing, each musician explained why they chose the piece they did, what to listen for and how the piece made them feel or what it reminded them of.

While each of the musicians played, photos of nature-based artwork created at Bjorklunden were projected onto a screen behind the piano. Some of the sculptures were made of snow or water and others were created from stones and rocks. Some of the art was made to be destroyed by nature in hours or days while other pieces were designed to last longer. However, each piece was placed outside and made of materials found in nature where time and the weather would surely destroy the work before too long.

Time and its ever-changing nature were the central ideas of the event, as well as the importance of collaboration between disciplines to understand the world around us. Kautsky wrote in the program notes, “The visual artists made sculptures on the beach that vanished in the next gust of wind, the geologists explained a landscape that evolved over billions of years, and we, the musicians, mulled the paradox of our music, which strives to evoke eternity and is yet so utterly ephemeral in its performance.”