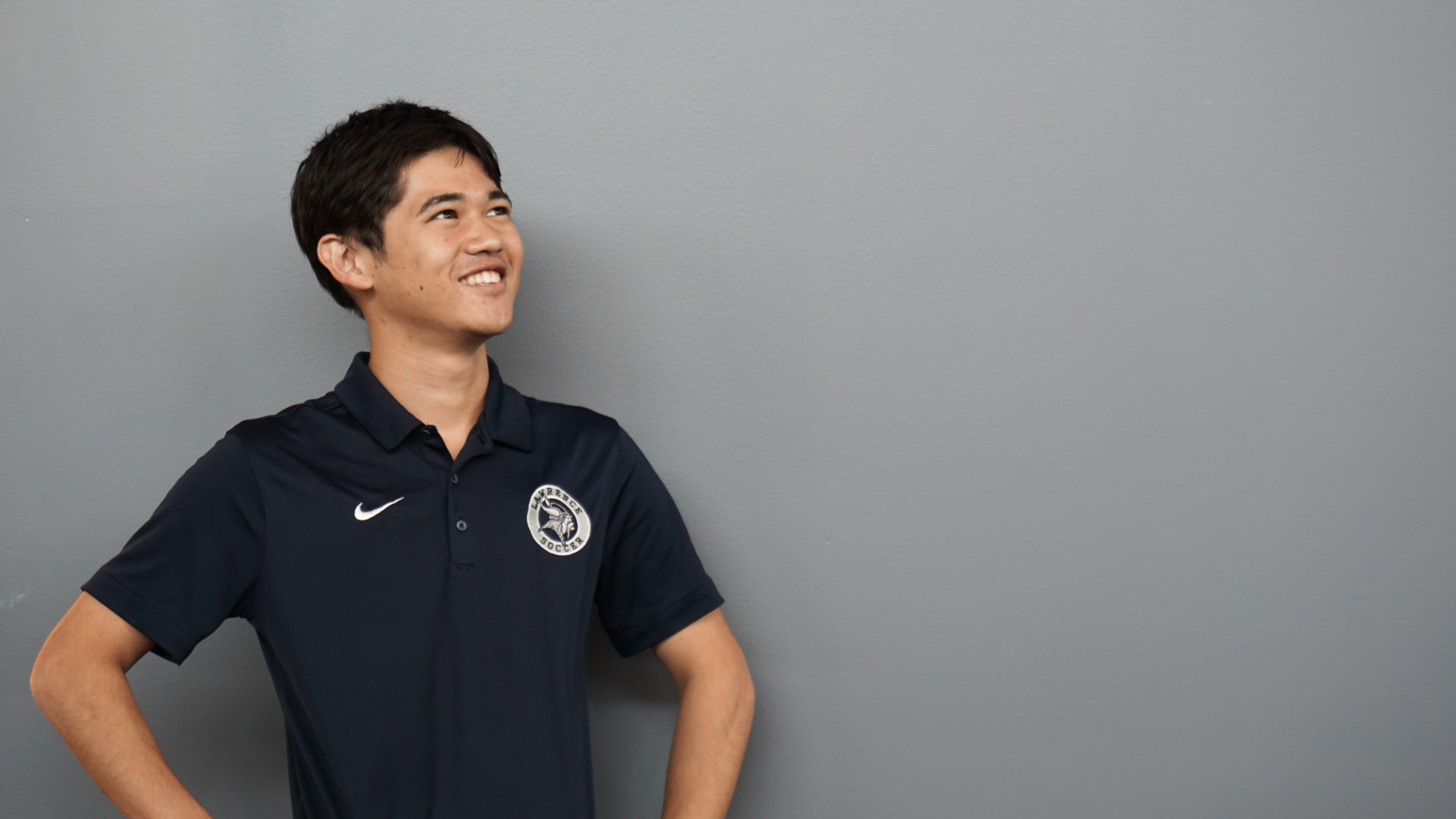 Suguru Yoshitake, a freshman on the men’s soccer team, keeps the theme rolling as he becomes the third straight first-year athlete to collect Athlete of the Week honors. Yoshitake had a breakthrough performance for the Vikings in the past week in games against Grinnell College and Illinois College. He notched his first collegiate goal against Illinois College late in the match to bring the match to within a point, and then tallied up a goal and assist in the Vikings 3-7 loss to Grinnell. Yoshitake is an exchange from Waseda University in Tokyo, Japan

Wyatt Lee: What do you plan to study here at Lawrence? Are you involved, or are you planning on getting involved in any on-campus clubs or organizations?

Suguru Yoshitake: I’m an exchange student from Waseda University in Tokyo, Japan, so I will stay here just one year. During this academic year, I hope to not only speak and be able to listen to English better, but also to be able to engage with a lot of students from a variety of cultures and identities that will enrich my life. Moreover, I am not planning to join any other clubs and organizations so far, but I like to play tennis and to snowboard.

WL: Did you play any other sports growing up?

SY: Tennis. I belong to the tennis club in Waseda that is similar to an intramural team at Lawrence. When I was a freshman in Japan— now I’m a junior in Japan, but a freshman at Lawrence— I started to play it, so I’m not very good yet.

WL: To this point, what’s been your best moment as an athlete?

SY: It’s the moment that we won the game against Lakeland. The match was a very hard game, but we got the winning goal in the last five minutes. It was not a conference game, so I really want that first victory in conference as soon as possible.

WL: You scored your first collegiate goal this week. Can you describe how it happened? How did it feel to get your first one under your belt?

SY: There fifteen minutes remaining in the match, and we were losing 0-2. At that time, I was thinking about getting our first goal as soon as possible to be even the game. Looking back my first goal, when I received the ball, I had a lot of space to shoot, so I tried shooting, and it lead to my first goal of this season.

WL: What sort of things are you working on in your game moving forward?

SY: My position is central midfield here at Lawrence, but I have not played there in my life; I have played in left back, both left and right midfield, and striker. Therefore, it is hard to play there, but I manage to provide good passes to my teammates as much as possible and keep running throughout the whole game.

WL: How has the team shifted attitudes or mindsets and what sorts of things are emphasized by captains and coaches as your team gets deeper into conference play?

SY: Coach always emphasizes to organize and to communicate each other in the game.

WL: What’s something fans at Lawrence should know about you?

SY: I often played table tennis with my friend at Warch; also, I’m looking for someone who can play table tennis together.

WL: What’s something that students at Lawrence who might not know much about your team, or soccer in general, should know?

SY: We have a lot of home games at Banta Bowl in October, so if you have time, please come to Banta Bowl to watch our matches.

Photo by Quinn Giglio. Suguru Yoshitake, a freshman on the men’s soccer team, keeps the theme rolling as he becomes the third straight first-year athlete to collect Athlete of the Week honors. Yoshitake had a breakthrough performance for the Vikings in the past week in games against Grinnell College and Illinois College. He notched his…