Vikings shut out in loss to Monmouth 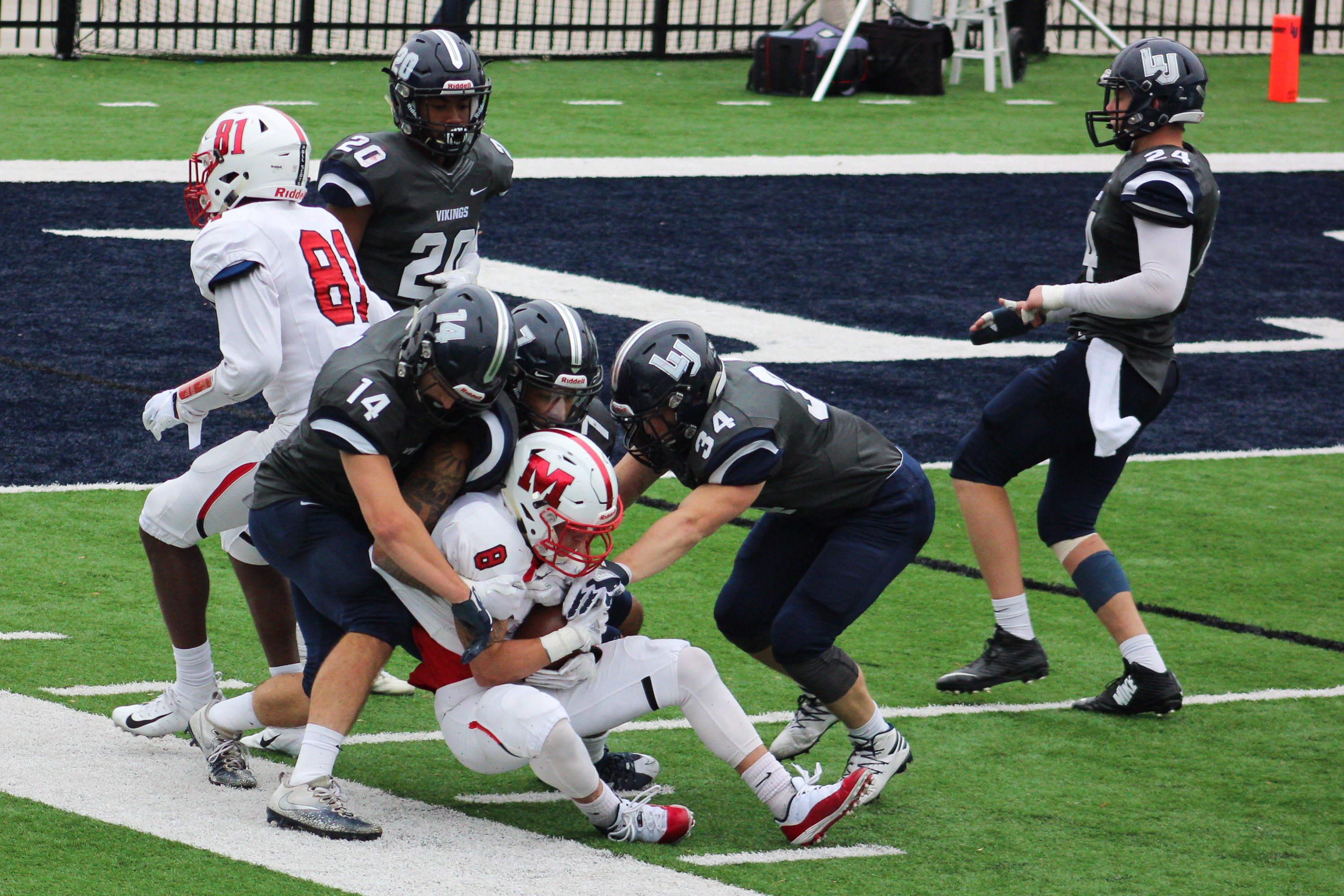 Lawrence University faced a tough opponent of Monmouth College on Saturday, September 29 at home. However, the Vikings had been preparing since last Sunday for the challenge. The team used a combination of meetings, practice, film study, lifting and running to prepare for each of its opponents on Saturday.

However, Saturday did not go Lawrence’s way as Monmouth put on a dominating performance, racking up 461 yards of total offense and scoring 49 points. They also shut out the Vikings and held them to 103 yards of total offense. Monmouth got off to a strong start, scoring 14 points in the first quarter. They then poured it on the second quarter as they racked up an additional 21 points. The Fighting Scots added another 14 points in the third quarter, but Lawrence was able to end the scoring there, as no points were added in the fourth quarter.

While the result was not what the team wanted, senior Dante Reese made a huge comeback after tearing his ACL against Monmouth last year, as he had seven tackles in the game. Sophomore linebacker Wyatt Lee was also a bright spot for Lawrence as he had an impressive 22 tackle effort in the loss. Lee’s performance earned him the honor of Midwest Conference Defensive Player of the Week. Lee also leads all of Division III in tackles this season. Lee describes himself as a football junkie and says, “My favorite thing about Lawrence football specifically is my teammates. I’m committed to them.”

With the loss, Lawrence falls to 1-3 in the season. However, the team’s goals are not out of reach. The Vikings have yet to play a conference division game, so their ultimate goal of competing for a Midwest Conference title is still on the table. The team feels as though they are on the cusp of being a really good football team. Going forward, they are going to try to take the season one week at a time and win each week.

This upcoming weekend is a big one for the Vikings as they begin their conference matchups, hosting the University of Chicago at 1 p.m. on Saturday, October 6, at the Banta Bowl. This weekend is also Blue and White weekend, putting a special focus on athletics as the Lawrence Hall of Fame Class of 2018 is to be inducted this weekend. There will also be lots of friends, family and alumni on campus creating an electric atmosphere for the game.

The football game, which will have a tailgate with a bounce-house before, is going to be a fun atmosphere. The team hopes to use this energy to power their ambition to make some noise in the Midwest Conference. This is a game you are going to want to see, so be sure to get in on all of the enthusiasm and Lawrence pride.