A Match Made in Sustainability 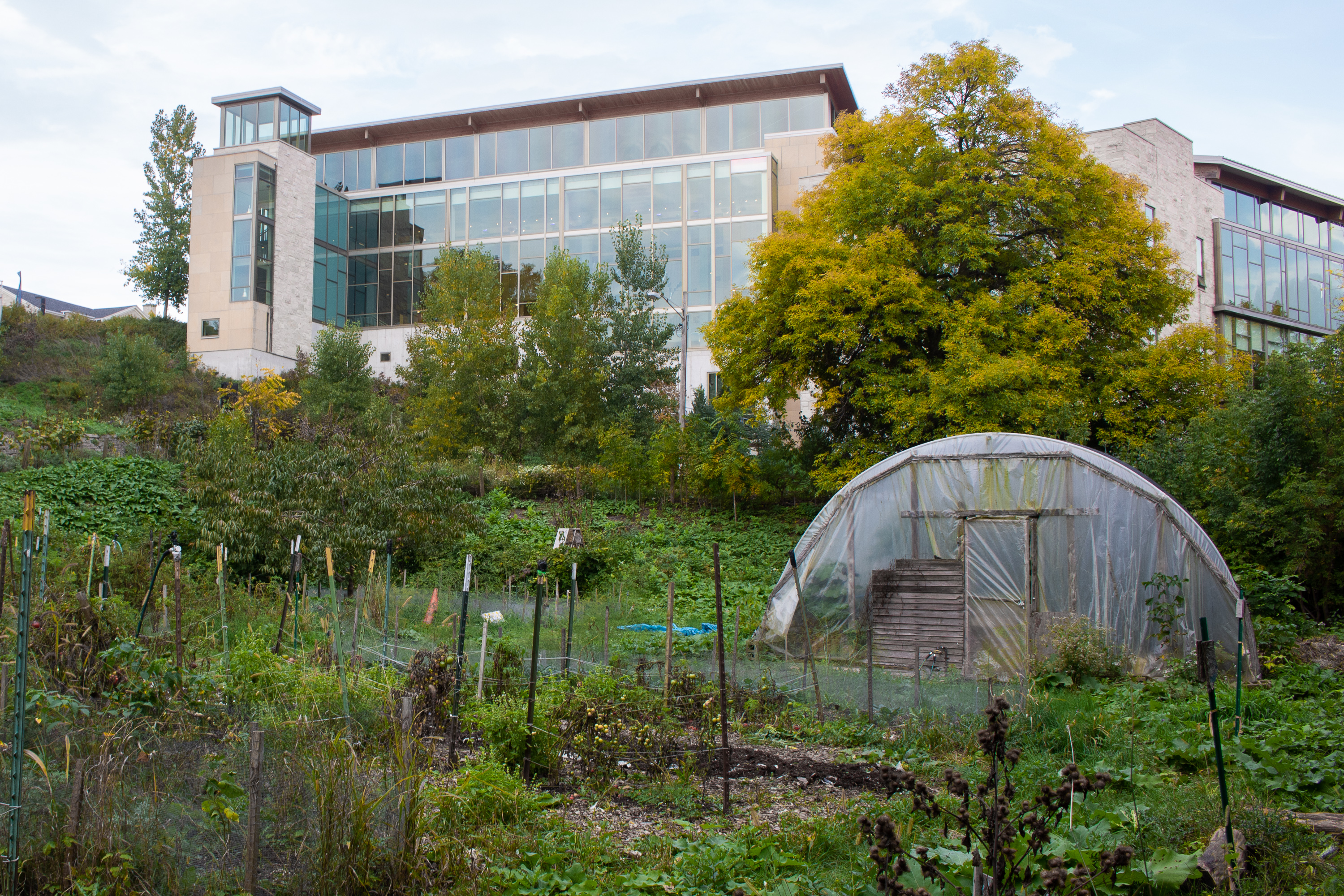 Lawrence encourages collaboration in all forms. Whether it be between clubs, students or fields of study, the types of collaborations found on campus are endless. Perhaps one of the longest standing and most successful collaborations here at Lawrence is between Bon Appétit and the Sustainable Lawrence University Garden (SLUG). Bon Appétit has been collaborating with SLUG since first being chosen as the food service provider at Lawrence in 2009. Since 2009, Michael Downey, the executive chef of Bon Appétit at Lawrence, says that “the collaboration now versus years back is essentially the same, as far as BA [Bon Appétit] purchasing the vast majority of produce from the garden.” Because Bon Appétit sources so much produce from SLUG, it is likely that each time you eat at Andrew Commons, you are eating something that was grown less than 100 yards away, not an insignificant feat considering the prevalence and ease of buying and shipping food from across the country. Bon Appétit’s website cites how “several studies have shown that supermarket produce travels an average of 1,500 miles from farm to plate.” Locally sourced food is beneficial to both local environment and local economy and is but one of many commitments to sustainability Bon Appétit follows.

When asked about what sets Bon Appétit and SLUG apart from other college’s dining services, Downey cited a similar fact, stating, “I think what sets us apart here is that we commit to buying 100 percent of the products from SLUG, and that is very, very common for Bon Appétit, but very uncommon at colleges/universities that have a different food service provider.” However, the relationship between Bon Appétit and SLUG expands far beyond just Bon Appétit buying produce from SLUG. SLUG also does weekly composting trips, receiving large amounts of compost from Andrew Commons to be used in their community compost pile. Downey mentioned how “BA see’s the value in the relationship, as well as the ability to partner with students to be part of the educational aspect of what a student-run garden means and does. This ties directly in to several of our sustainability initiatives as well as sourcing locally grown products.”

When asked what students have to look forward to in the future regarding the collaboration between SLUG and Bon Appétit, Downey hinted at a wider range of produce available for students, saying, “I know that I plan to hopefully expand some of the items that are grown there, in order to help offer some lesser-known vegetables that can be part of the educational aspect of what the garden can bring.”

Sustainability within Bon Appétit itself does not seem to be going anywhere. When asked about how Bon Appétit will remain committed to sustainability with the revamping of the dining experience next year, Downey replied, “Sustainability is always at the forefront of what we do.  We as a company pride ourselves on those initiatives along with being an industry leader in being the first to sign on to these.” Being an industry leader involves a lot of forward thinking as well as input from consumers, which Downey encouraged as well, urging students to fill out feedback/comment cards in case they have any questions or concerns about initiatives at Bon Appétit.

Whether through buying produce, collecting compost or educating the student body, it does not seem that SLUG and Bon Appétit’s collaboration will be ending anytime soon. As two separate organizations, they are important steps Lawrence takes in order to increase sustainability on campus. However, in collaboration they are able to do so much more, proving that their whole is greater than the sum of their parts.

If you have an idea to make Lawrence more sustainable and would like the opportunity to receive funding by the Sustainability Steering Committee, go to the “Sustainable Lawrence” page on the Lawrence website and click “Apply to the Student Sustainability Fund.”