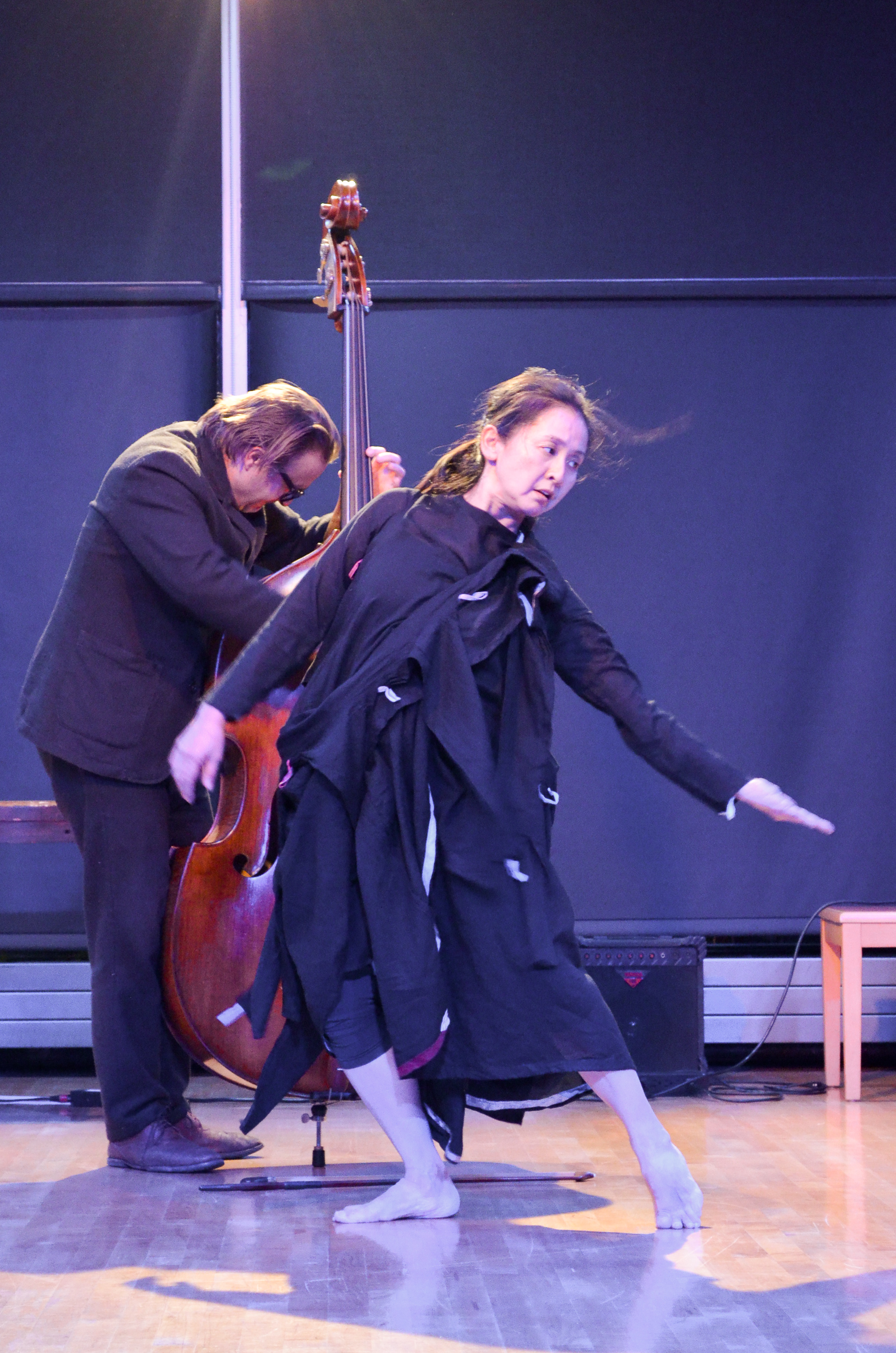 “Most of these people are high profile artists that only perform in New York and that people wouldn’t have ever had an opportunity to hear live otherwise. The fact that we got to bring these performers to Lawrence to perform for the students was just incredible and is not something that could be possible at every school,” said Lewis.

I attended three of the events of the weekend: a soloist named Ashley Paul, a husband-and-wife duo by the name Ayako Kato and Jason Roebke, and the final open movement and music jam lead by Sam Genualdi ’17 and Instructor of Dance Margaret Paek. Paul’s was the first performance of the weekend, following a masterclass by Dan Tepfer. Throughout her pieces, Paul weaved her vocals with saxophone, guitar and drums, sometimes playing more than one at once. It led the audience to think about the ways a musician can duet with oneself.

In the Kato and Roebke performance, Roebke played an upright bass while Kato danced, fully using the space of the Esch Hurvis room to swim through the air. Roebke took moments of bowing his instrument, as well as plucking, taking moments to lay it on the ground and simply watch Kato’s movements. She breathed and sighed, lifted and crawled as he answered her movements with his instrument.

To my untrained ear, it is not always comfortable to listen to improvisational music or be a part of a performance. But comfort is not the point. In each presentation, I was able to ask myself big questions about music, performance, artistry and collaboration. Each artist requires the audience members to ask themselves, “Now, why did they do that? Where does that choice come from? How did they know they wanted that sound?”

“There’s something so special about creating something from start to finish, not knowing what it’s going to be until you are in the moment,” said Lewis. “It creates a special listening experience unique to the listeners at that moment and will never sound the same way again. I love the fact that you can create art anywhere anytime and that it all unravels before your eyes.”

To close out the weekend, Genualdi helped lead an open jam at The Draw, though “lead” may be the wrong term in this medium. Every person in the room, from the students, the other performers of the weekend, professors, parents who visited and staff at the Draw, were able to participate and contribute to an hour of sound making and collaboration. It built a sense of community and gave each member the sense that they have contributions to make that are worthwhile.