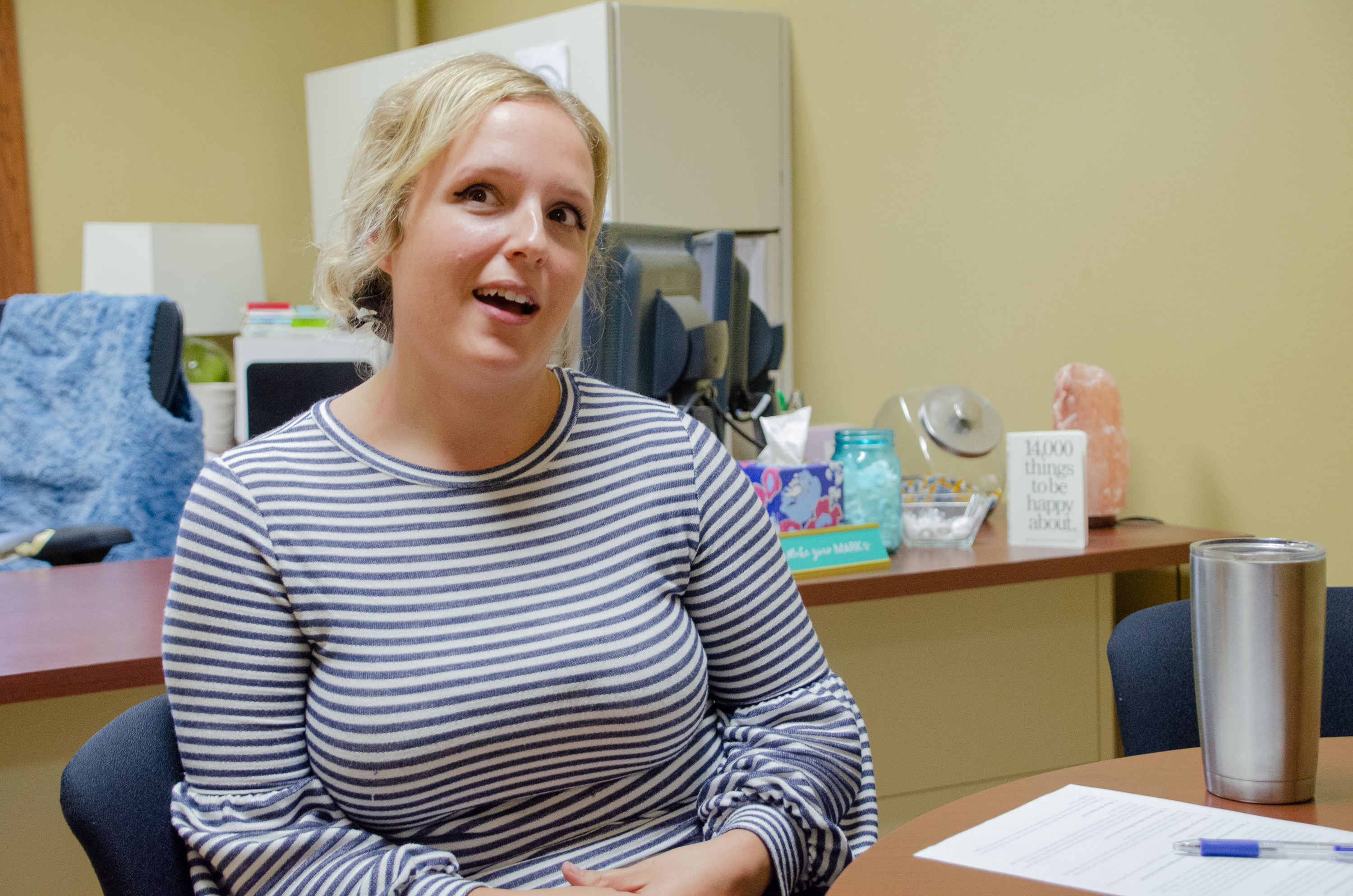 Lindsay Kehl in her office.

I have worked on campus for four years, and I realize that I could not have had the job opportunities I have had without the help of Human Resources. I also would not have the same every day interactions with the faculty and staff that make this column possible. The office of Human Resources is located in Brokaw Hall, and is often overlooked. This week’s hidden figure has worked at Lawrence since the fall of 2016 in the Human Resource Department, and as of this past summer, has become the Director of Human Resources. Her name is Lindsay Khel.

Khel’s responsibility as the Director of Human Resources is to provide support and resources to student employees, faculty and staff across campus. Some of the services she provides includes recruitment, benefitted administration and help with employee relationships and engagement. She is a firm believer in the big picture, strategy and vision mindset. One of the unique aspects of her job is being able to interact and collaborate with many departments across campus, and that has been both fun and rewarding.

“The best part of my job is individual day-to-day interactions with colleagues where I get to know and connect with them,” Khel added.

In Khel’s work experiences prior to Lawrence, a small part of her job involved being on a college campus. She dabbled in different positions such as career services, student recruitment, programming and providing student workshops and interviews.

“Those days at the office were always my favorite days. They were my best days because I felt I was making a great impact on people. When an opportunity came up at Lawrence, I thought this was a great opportunity to work for a place where the mission and purpose of what we do is so much bigger than me, and for me that is fulfilling and rewarding work,” Khel elaborated.

Prior to Lawrence, Khel attended the University of Wisconsin-Eau Claire and received Bachelor’s Degrees in organizational communication and sociology. After she graduated, Khel spent about nine years with the Target Corporation and worked in a variety of human resources and operational leadership positions. After Target, she spent a couple years recruiting, training and boarding for a small privately owned company in Milwaukee. In 2016, her husband found a job in Fox Valley, so her family moved from Milwaukee to Appleton. That is when she started working at Lawrence.

According to Khel, the “Lawrence Difference” is the kind of community we are in, and the collaboration and interaction between students, faculty and staff. Her work experience is also different, because at Lawrence, lifelong learning and working towards our highest potential is something that is celebrated and valued.

The most important thing to Khel is her family. She has a supportive husband, two daughters and two golden doodles, Livy and Emmy. She enjoys the Farmer’s Market, going to High Cliff State Park, and spending time with family in all seasons, despite the cold weather.

Khel’s favorite things in her office are her colorful motivational posters and Keurig coffee machine for those slow days. She feels that the decorations in her office make it warmer and more inviting.

One thing students may not know about Khel is that she has had some unique part-time job experiences. She worked at a nuclear power plant mowing grass. Even though she had to wear hard hats and steel toed boots, she said it was a fun and rewarding experience.

Khel said working at Lawrence is her first official role in higher education. In five years Khel sees herself still at Lawrence. She feels she can learn and grow professionally from her position and can continue making an impact on the community.

When asked who her inspiration is, Khel immediately replied that her dad was her primary inspiration. He pushed her hard and had high expectations, teaching her to have resilience and a strong work ethic.

“Besides being the driving force, he was also really supportive and was my supporter and biggest fan,” added Khel.

Enthusiastic, driven and determined are three words that best describe Khel. Stop by her office to have a conversation or check out all the cool motivational posters.