Athlete of the Week: Josh Koepplinger 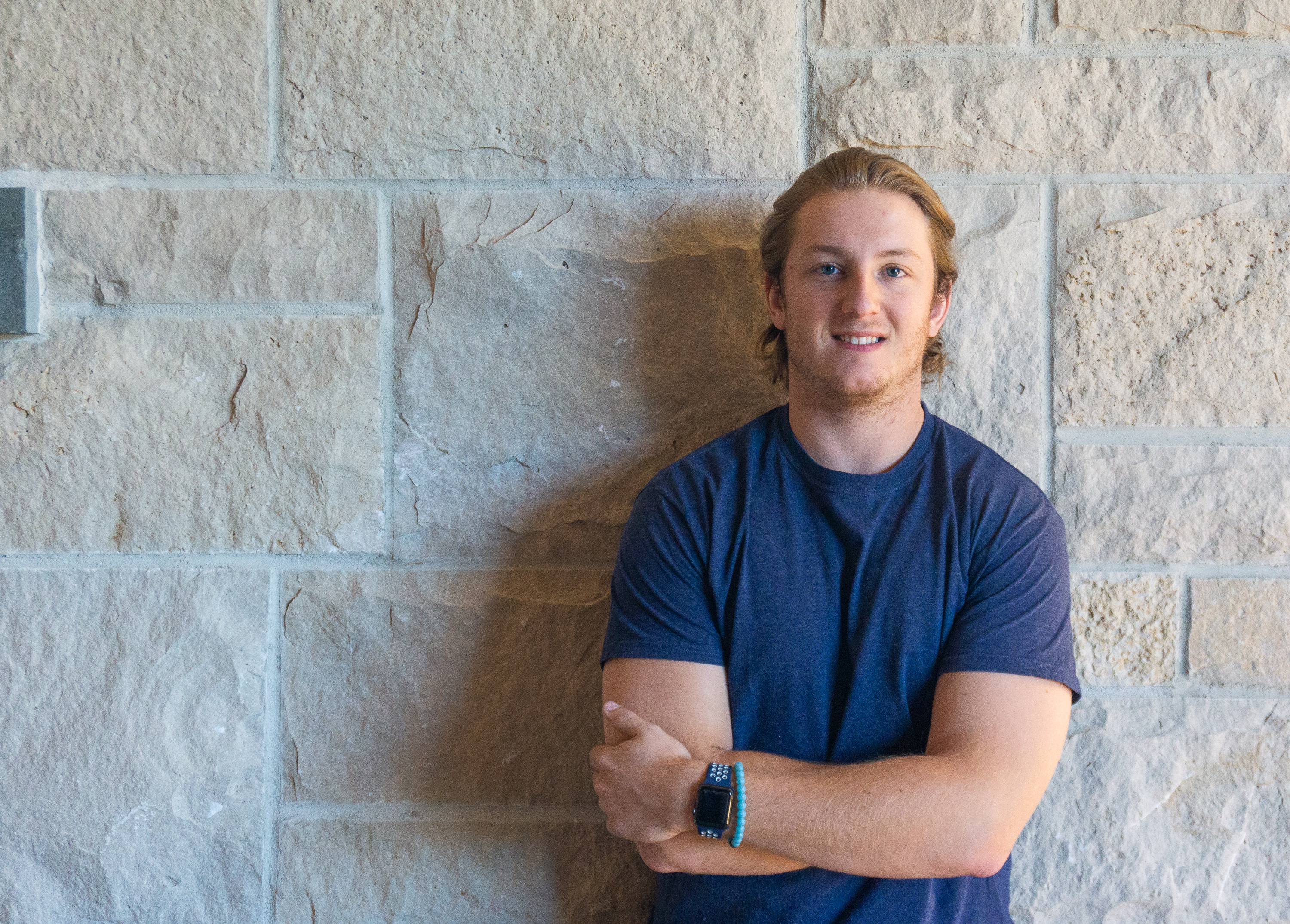 Senior Josh Koepplinger is a captain on the Lawrence hockey team from Saginaw, Michigan. Koepplinger leads an exciting group with high expectations after coming back to action after making it to the NHCA quarterfinal playoff series last season. He gets the nod as the Athlete of the Week in both being voted a team captain while also coming in clutch for the Vikings in a 2-1 exhibition match victory over the Soo Thunderbirds on Saturday, Oct. 20. The senior was able to pick up the winning goal in the Vikings first outing on the ice late in overtime. Koepplinger is a biology major, member of the Golf Club, a Delta Tau Delta fraternity member and in years past played baseball at Lawrence and was the SAAC representative on behalf of the hockey team. After graduating this upcoming June, he hopes to find opportunities to continue to play hockey and apply to pharmacy school.

Josh Koepplinger: The recruiting process for NCAA hockey does work differently than any other sport. The vast majority of players take anywhere from a year to three years after high school to play junior hockey. I played two years of junior hockey; the first in my home state of Michigan and the second in Estero, Florida, for the Florida Jr. Blades. The transition was difficult at first, going from not having to write papers or do homework for two full years and then jumping right into Freshman Studies and a full schedule was pretty demanding.

WL: You got voted a captain on the team to start the season. What does that mean to you? What is expected of you as a captain and how do you plan to approach that?

JK:  Being named captain comes with lots of responsibility, especially in our program. I think the most important thing is to not change who I am as a person or hockey player and to set a good example for the younger guys on the team. I am more of a “lead by example” person, but if something needs to be said I can fill that role as well.

WL: Can you talk a little bit about the culture of the hockey team?

JK: I think the culture of Lawrence hockey is in a great place right now. Coming into Lawrence three years ago, the stigma associated with the team was a negative one, but I think the senior class and the class before us played a big role in changing that stigma. This year’s team plans to continue to build toward being a contender in our conference. We have a good nucleus—bio major—of returning players coming back and a talented crop of newcomers who want to make an impact

WL: The team is coming back off of a successful season last year and started off with a gritty win. What are the goals for the hockey team this season?

WL: You had the clutch overtime goal for the win this season. Can you talk a little bit about that moment and the play that made it happen?

JK: It was a relief, to be honest. It was at the start of overtime, we had possession in their end and we got the puck up high to a first-year defenseman who released it right away, it hit a body in front and bounced right to me on the side of the net. It didn’t take a lot of skill, I just had to put it in a wide-open net. Right when I got it on my stick I just felt relieved. We were disappointed in our effort as a team, but we battled and stuck with it. I think we needed a little adversity before we played for real.

WL: Getting so close to graduation, what have been your favorite Lawrence memories so far?

JK: I know it might be a cop-out, but a lot of my memories have come on the ice with my teammates. When you put in all that time together as a group, the memories and friendships you make last a lifetime. Hopefully we can make some more good memories this year. Our group is ready to take another step in the right direction.