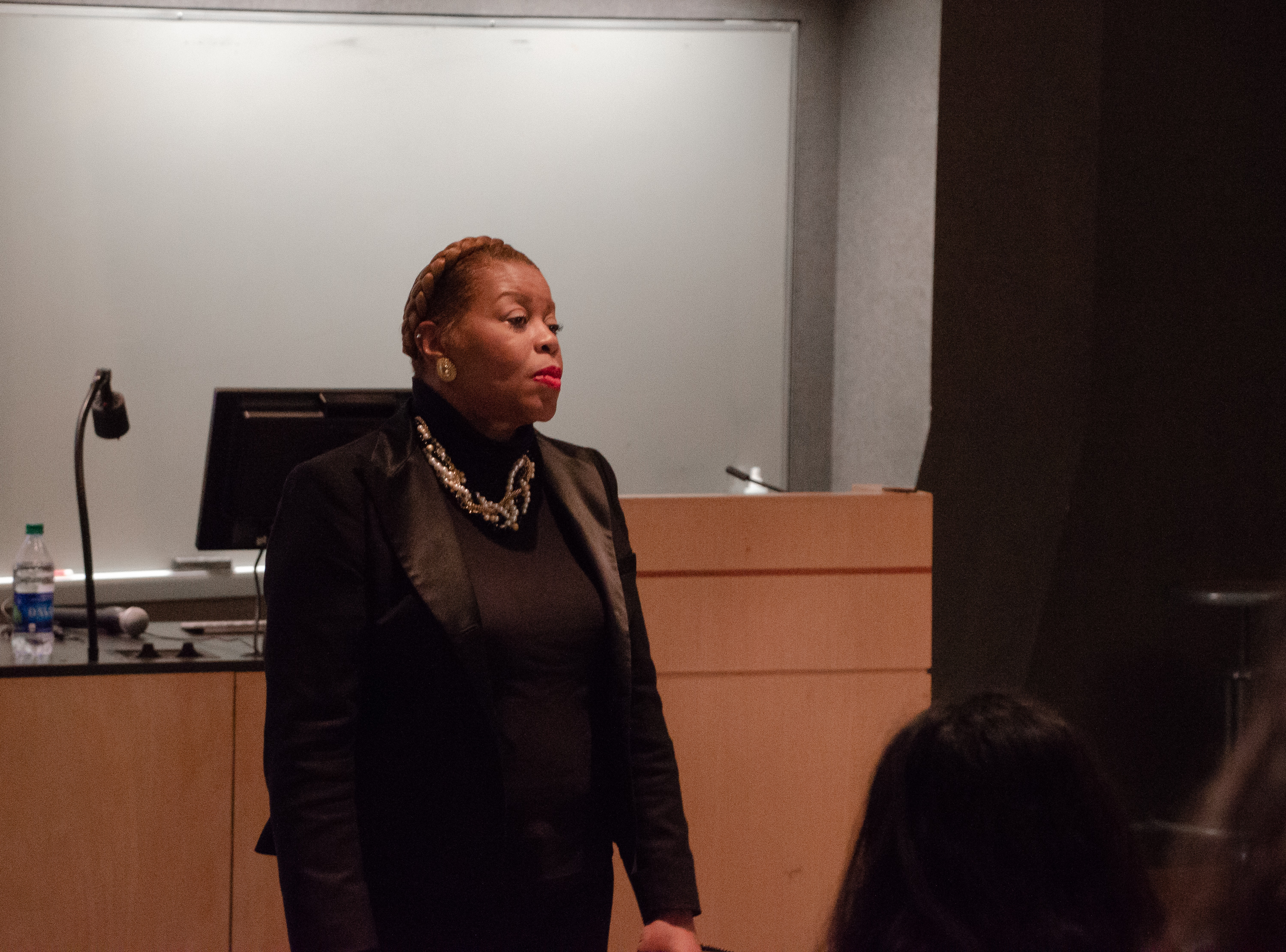 The talk was led by Vice President for Diversity and Inclusion Kimberly Barrett.

To familiarize international students with diversity issues in the U.S., Vice President for Diversity and Inclusion and Associate Dean of the Faculty Kimberly Barrett gave a talk emphasizing social justice, inclusion and equity in the Wriston Auditorium last Tuesday, Oct. 16.

Barrett began by indicating the complexity of the U.S. by showing a video, in which people of different races identified themselves as the descendants of those white men who signed the Declaration of Independence.

This change symbolizes how U.S. society is constructed and its ongoing social struggles. Because of this complexity, Barrett stated, “We are in a time of evolution in this country, and part of that evolution is in terms of diversity.”

Inclusion is the way of dealing with diversity to achieve equity. “Diversity is the ‘what,’ inclusion is the ‘how’ and the ‘why’ is equity.” Barrett said.

On this campus, diversity refers to all kinds of difference, such as gender, race, culture, sexual orientation, etc. She defined inclusion as the way of interacting and engaging with this diversity, and a way of supporting the success of everybody.

Addressing inclusion is important because “we want to ensure equitable outcomes for everyone, so everyone has what they need to succeed,” continued Barrett.

In order to comprehend diversity, Barrett introduced some other relative key terms: race, privilege and oppression. Race is a social construction, and it is a cultural idea not a biological one. This term was popularized in the 1700s as a way of categorizing people to justify the economic and social order.

Privilege is an unearned advantage that is given to someone because of their membership in certain groups. Oppression is when a person is deprived of human rights, and they feel powerless to change it.

Lawrence is working on a number of ways to systematically reinforce inclusion and equity.

There has been more faculty and staff from diverse backgrounds, for instance. Following policies like Title IX, LU has created a procedure for dealing with discrimination. Ethnic studies and Gender studies were added to curriculum. Moreover, The Office of International Student Services, the Office of Spiritual and Religious Life and the Office of Diversity and Inclusion all put in effort to support the diverse community of LU.

According to Barrett, LU is also trying to increase the collaboration and partnership with tribal nations in the state, particularly in the community.

Barrett then referenced a quote of Hermann Hesse at the end of her speech: “The purpose of diversity is not to become each other, it’s really to learn to see other people and honor them for who they are.”

Having representational diversity of people from all over the world enriches the educational environment, which helps students develop the skills they need to be successful and to adapt to the global economy. Furthermore, the efforts made by LU are also important to inform the idea of diversity.

“Lawrence brings the world to Appleton,” Barrett said. It is a two-way learning process between LU students and the local community. According to the cultural climate survey, students do not feel safe in the community, particularly at night. “One way to change that is to have more interactions with the community, and help our students to find interesting ways to engage with the community.”

Having international students to talk about their cultures and ethnic backgrounds is an approach to tighten the connectivity.