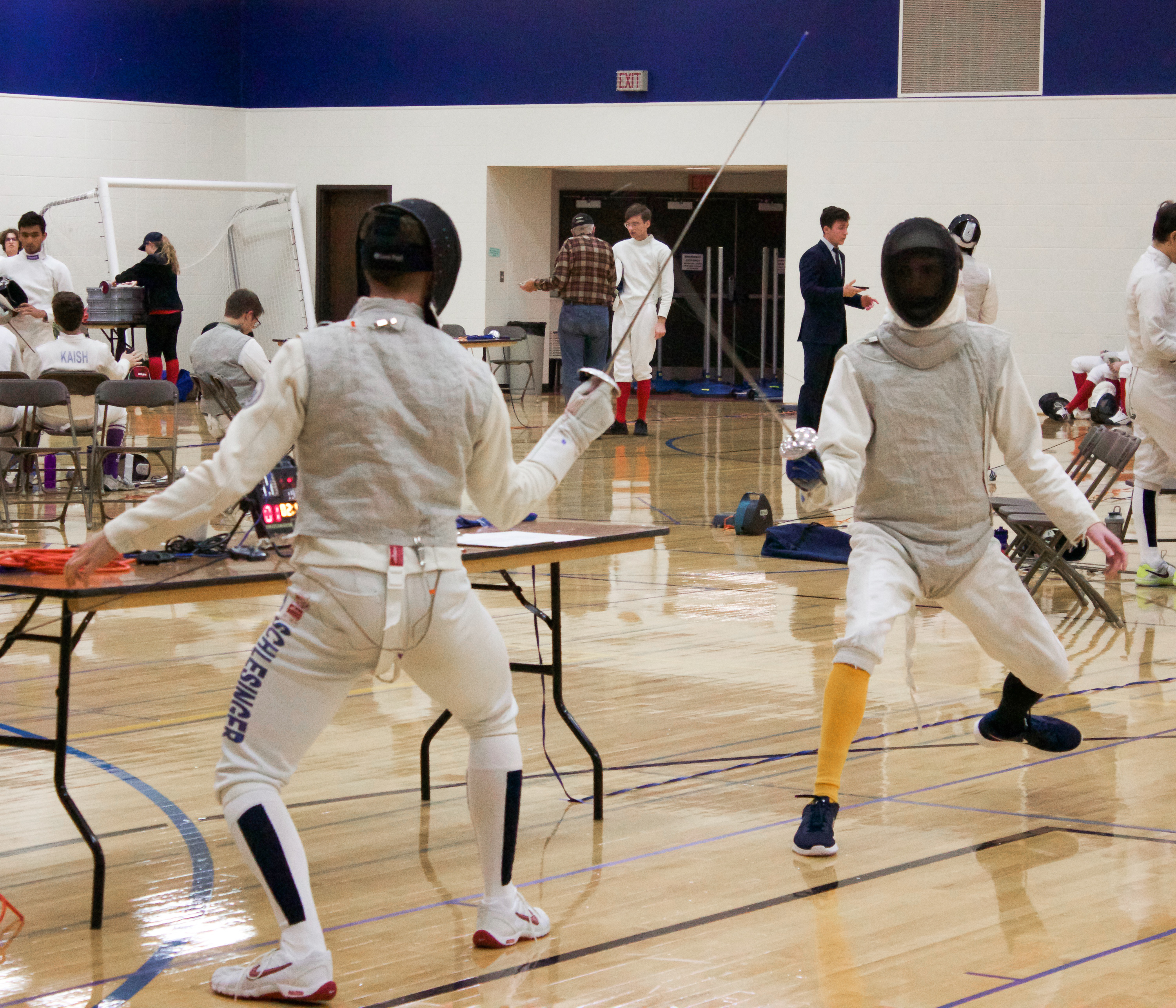 The Vikings squared off with, and beat, many big name college programs.

On the men’s side of the competition, Lawrence won two of their duals while dropping two other duals. The Vikings beat Wisconsin 16-11 behind an undefeated performance from the foil team of senior Nathan Schlesinger, Calkwood and sophomore Alex Loundry and an épée team of sophomore Vinzenz Mayer, sophomore Cameron Maas and first year Noah Bradley that went 7-2. Lawrence also beat the University of Iowa 17-1. The Vikings lost two close duals to the University of Minnesota and Northwestern University, 13-14 and 11-13, respectively.

This was a very strong performance for the team as Calkwood remarked, “Our results this year were spectacular. Lawrence fencers filled most of the top spots in every event and many of our squads went undefeated against other schools.” Calkwook added, “It would be amazing to see the event get even bigger. This year the turnout was great, but it really has the potential to draw many more schools and a lot more fencers.”

For the fencers on the team at Lawrence, the competitions are really their time to shine. Calkwood explains, “I enjoy fencing at Lawrence because of how competitive it is. We not only work with and compete with our teammates every day at practice, but we are also able to compete against fencers from Division I schools, like Ohio State, in our conference.”

This weekend closed out the competitions for the team for Fall term, and they will be back in action again in January.