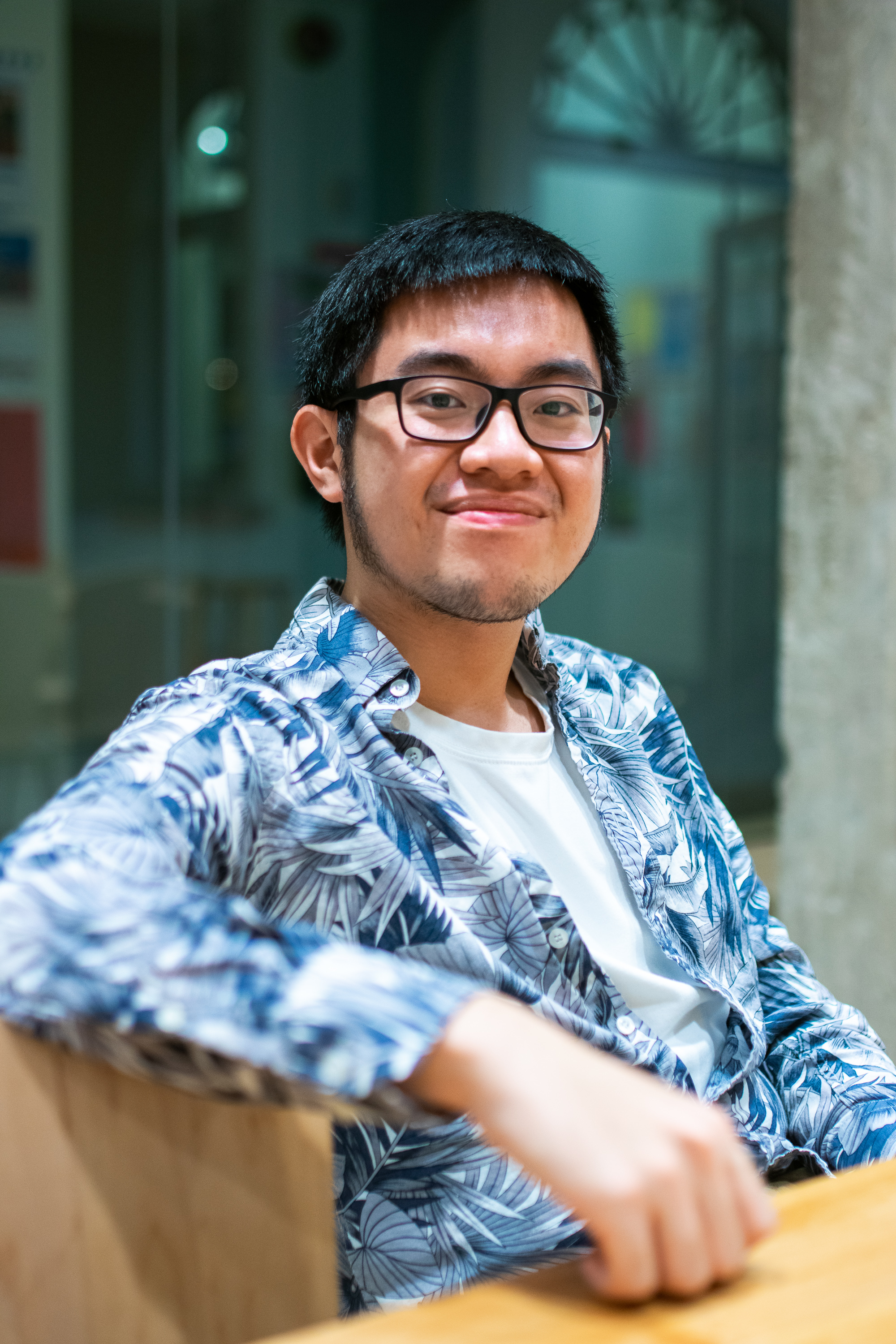 I have wildly cared about clothing my whole life. From spending hours of my childhood afternoons putting together outfits to ceaselessly chopping up skirts and dresses to make my own creations, I spent a lot of my childhood thinking about clothing. My identity has largely, and unknowingly, been represented through what I choose to wear. Through this column, I hope to showcase my fellow Lawrentians’ understanding of clothing, dissecting the nuts and bolts of what personal style is, and seeking out stories about how identity informs style and how the reverse also functions. Style is about so much more than just clothes. It is one of the most visual ways we pronounce our own identities.

Junior Computer Science and Music Theory major Kiet Nguyen has a love for loafers and quality-tied ties. When he’s not in class Nguyen can be found busily bustling around campus, running stage management for student recitals or singing in the Appletones, and doing it all while quite possibly wearing a pair of suspenders. Nguyen’s found that by exploring a more suspender-rich formal style of dressing, he feels more confident in himself.

“I would describe my style as business casual,” Nguyen stated. “Even though I don’t do business. I like that style because it makes me feel more put-together, like I’m actually doing something and not just throwing on whatever I see in my drawers.”

Nguyen actually hasn’t been donning this more formal wardrobe for too long. In fact, he just started dressing this way at the beginning of the school year. Nguyen stated he wanted to make this change because “I wanted to up my game. I used to not put a lot of thought into what I was wearing everyday, so this has been sort of an upgrade.”

As Nguyen has accumulated more formal pieces to add to his closet, he’s also found some new favorite clothes. Nguyen particularly mentioned his indigo blue suit. Nguyen stated, “I think my suit makes me look the best — I love it. It makes me look sophisticated, and I can put on a lot of different accessories that make me stand out in the crowd. I have a lot of pocket squares and lapel pins. I also have a lot of ties and a lot of bowties, though the bowties are mostly fake because I can’t really tie a real bowtie.”

Nguyen has a knack for accessories and likes to find ways to incorporate them into his everyday outfits. In terms of accessory preferences, he likes ties the most. Nguyen stated, “I prefer ties over bowties because bowties make me look more like a student than, say, a businessman, but it’s also maybe because most of the bowties are fake. I should learn to tie bow ties better. I also love suspenders and have a lot of different pairs in different colors.”

When he’s not studying at Lawrence, Nguyen calls Vietnam his home. Nguyen noted several differences between how style is approached here and in Vietnam. He stated, “In Vietnam the style tends to be a little more catered towards young people, and the young in Vietnam are sort of in an edgy stage, so the clothes usually have a bit more of a rebellious look to them. That makes it kind of hard to find stuff that suits me, but that doesn’t mean that there’s nothing. I dress the same way here as I do when I’m at home.”

No matter where he is, when Nguyen goes shopping a few things always catch his eye. Nguyen stated, “The first thing I always look for when I’m shopping is the color. My favorite color is blue; I feel like it fits me and looks good on me too. So when I don’t know what to look for, first I’ll look for something blue, which means my closet is predominately blue right now. That’s how you dress nice when you don’t know what to wear, you just have things in your closet that naturally match and you can just pull that matching element out of your closet and then you’ll look nice. So while I’m looking for clothes that will give me that classier look, I’m also looking for blue so it plays a big role in my wardrobe.”

Nguyen hasn’t always loved the color blue, in fact when he was younger Nguyen stated he was always drawn to the color red. Nguyen boasts that while he really didn’t have much of an interest in style, red was always a constant. He stated, “When I was younger my color was red, and now it’s blue. I think that represents a sort of shift of my outlook on life. My go-to color changed from red to blue, from something crazy and passionate to something a little more calm.”

Despite the consistent color coordination within his wardrobe, everyday dressing for Nguyen is something that’s always subject to change. Nguyen explained this variance as he stated, “I think day-to-day, how I dress depends on my mood. So when I’m feeling more feisty I will put on a T-shirt with a button-up that I’ll leave open on top and add a pair of pants. I also have a lot more color contrast in those sort of outfits than outfits I wear when I’m feeling more calm. I think this T-shirt button-up outfit makes me look youthful. So when I don’t feel like looking that way, I’ll go for something nicer. That’s usually a button-up shirt, pair of pants, loafers and then maybe a tie. I also have an overcoat that looks kind of like a suit jacket so I’ll just put my lapel pins on it and then wear it with an outfit that it matches.”

Nguyen is growing more and more interested in finding ways to look classically put-together, but that doesn’t mean he doesn’t take any interest in fashion that’s on trend. Nguyen stated, “Even though I try to dress classy, I don’t want to look too formal, so I still keep up with some of the trends. Nothing super edgy or rebellious, but I still look at what’s popular and sort of work that out with whatever I have in my closet. So I make some sort of balance between trendiness and this more professional look.”