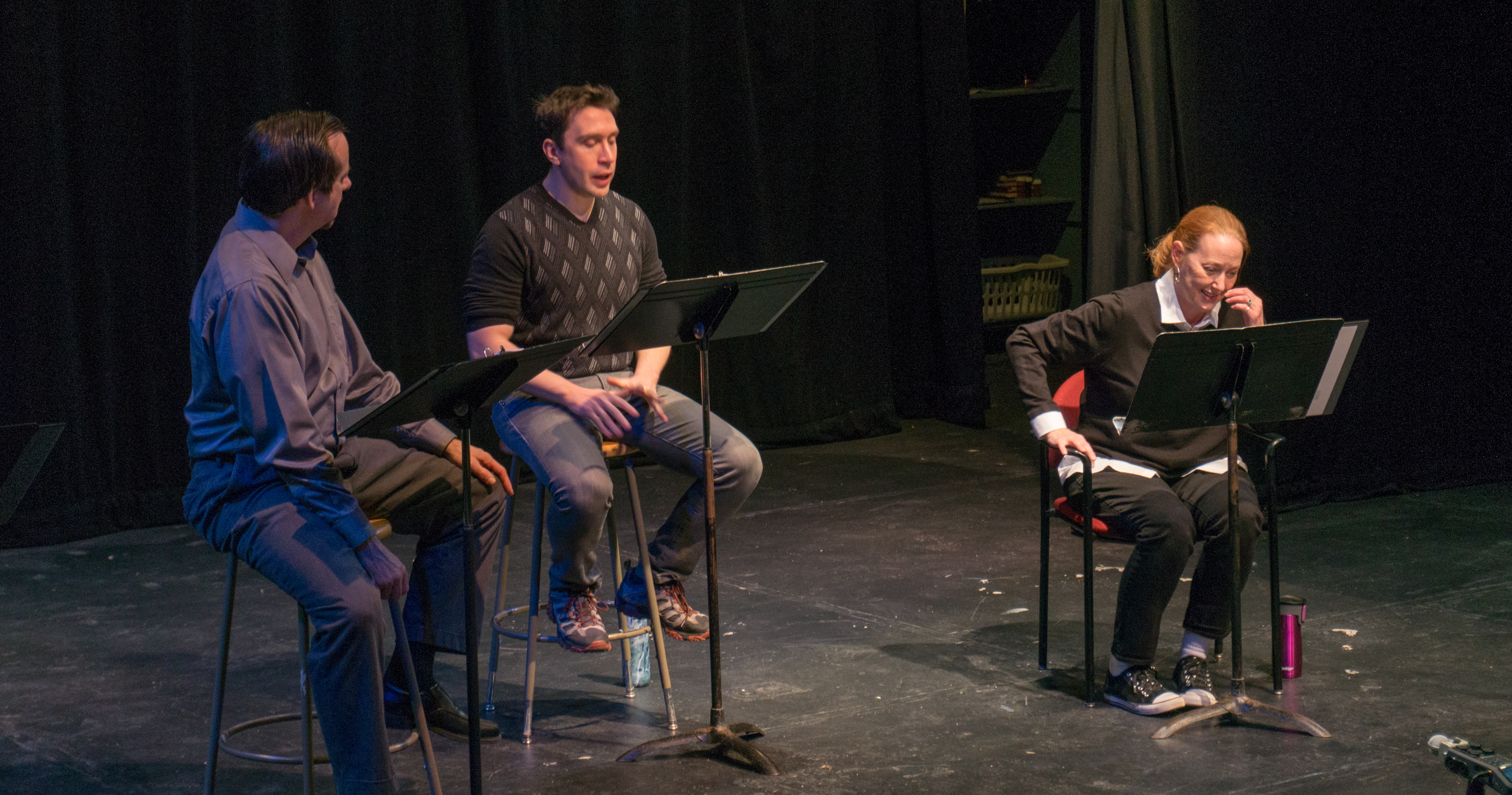 One aspect of Lawrence that I have always admired is how often our faculty members share their talents with us. As students, we sometimes forget that their job isn’t just teaching; they have projects and ideas they pour just as much energy into as their students.

On Jan. 18, I attended a public reading of a one-act drama, “Boys Grown Tall” written by J. Thomas and Julie E. Hurvis Professor of Theatre and Drama and Professor of Theatre Arts Timothy X. Troy. The setting was Saratoga Springs, N.Y. in the year 1983. “Boys Grown Tall” was a special story, Troy revealed to us at the end, because the play is based on events that happened to David Burrows’ family.

“David came to me and said, ‘I’ve got this story that should become a one-act,’” laughed Troy. But as he listened, he grew more and more intrigued by the storytelling opportunity this could represent. “Boys Grown Tall” is fundamentally a family story. Harriet is an 81-year-old woman who has a lot of personality, and as the story goes on, the audience realizes that she is not the most reliable narrator and that her memory is a bit confused. She has three sons, only two of whom are featured in the play: 36-year-old Dave, played by Aram Monisoff and 51-year-old Edward, played by Scott Crane and James, who we never see.

The play opens with Harriet sitting and crocheting, singing the theme song from “Chariots of Fire.” Dave walks in after a little while, and they sit together. Memory is perhaps the most important theme in the play; the actions of the play consist mostly of Dave and Harriet sitting and revisiting old family memories and looking at photos. We learn gradually she is living with Dave and his wife, she raised her children during the Great Depression, and her husband died a little while ago.

The play cycles through several different stories that Harriet tells, and her memory causes her to jump around in time. Key events were the woman in the woods (either Ed or Dave kissed a woman in the woods, which may or may not have been Dave’s wife) and the bunny man (a series of assaults that scared their childhood neighborhood.) Ed’s character was an interesting one. He and Dave have tension in their relationship that is brought on by their age gap of fourteen years. Harriet’s memory causes her to believe Dave is her grandson, further adding to that tension. Ed (sometimes referred to as Ted) becomes a type of parent figure after their father dies and James leaves, and Dave feels as though he is told what to do.

As they are exploring the past together, the mother and her two sons, Dave and Ed have side conversations about whether or not it is time for her to go into a nursing home. Harriet never answers their question about the home, instead jumping ahead to another memory, while Ed and Dave argue about what to do. Dave wants her to make the choice, while Ed wants to go ahead with it. As the play ends, the brothers agree that she should be placed in the home. The simple gesture of Dave saying, “Come on, Mom,” and leading her to go to lunch was a beautiful way to end the play.

This play stirred many emotions in me, and it made me think about what will happen as my own parents grow older. Age is a constant part of life, as is memory. I can honestly say that I sincerely anticipate the future of this play.