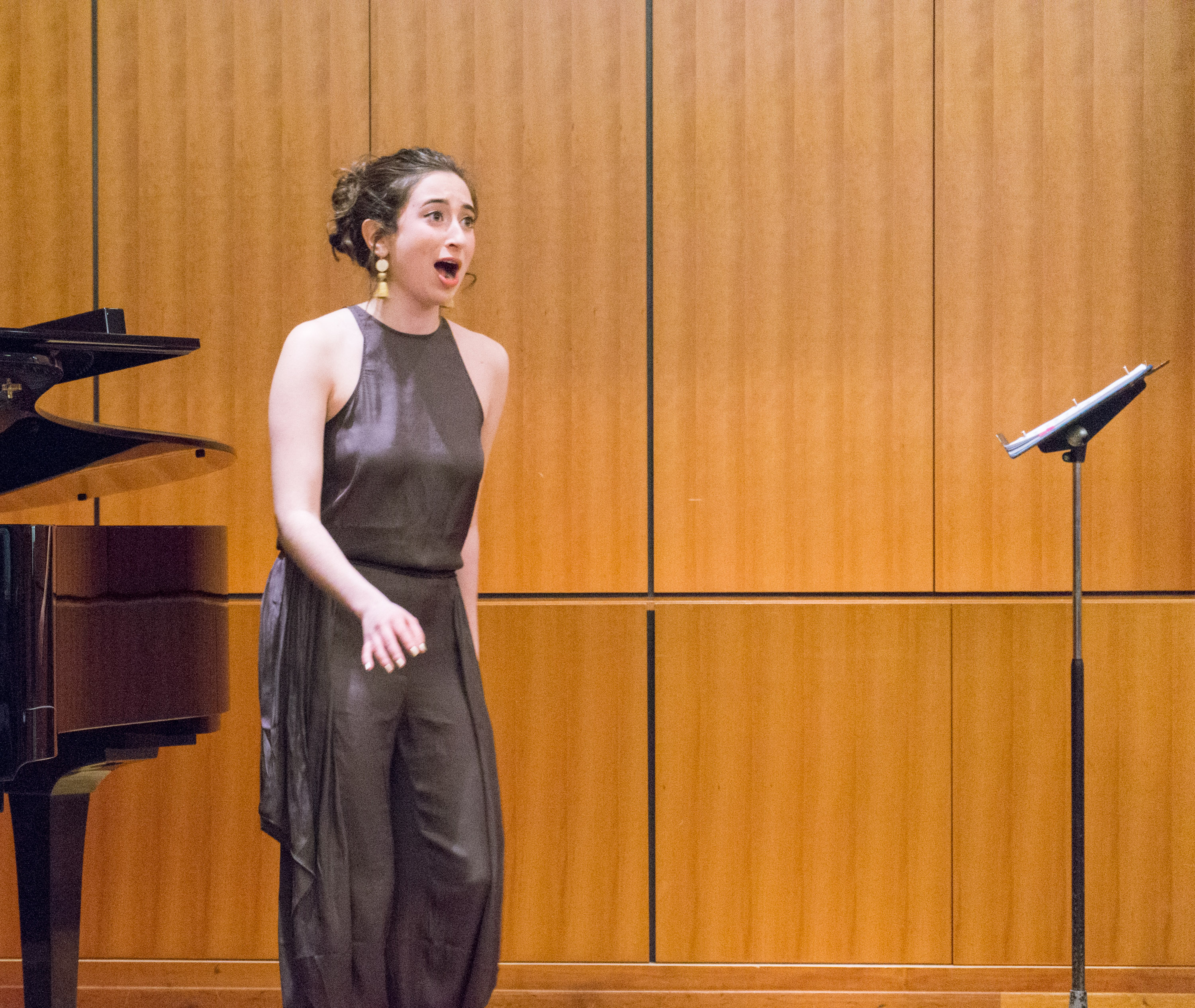 On Saturday, Jan. 19, junior Emily Austin and senior Clover Austin-Muehleck gave a lovely, non-required vocal recital. They both sang throughout the evening, with Austin opening and closing the show. Each sang a variety of tunes in different styles and languages and I continue to be amazed at how talented many of the people at this school are. The recital began with a few words from the two performers, introducing us to the people accompanying them: sophomore Frances Lewelling on piano and fifth-year Maralee Minock on English horn as well as Michael Rivers, a piano professor, who accompanied Austin-Muehleck on a few of her pieces. Both performers stressed a low-key vibe that they wanted to exude as part of the recital. The chill atmosphere was definitely achieved even if Austin-Muehleck and Austin had the audience glued to their seats with their expressive and commanding performances.

Austin started off with excerpts from “Lieder und Gesange aus ‘Wilhelm Meister,’ Op 98a” by Robert Schumann, which she sung beautifully in German. Inspired by the writings of Goethe, the lyrics are nice ruminations on love and longing. Austin-Muehleck followed with excerpts from “Le Nozze di Figaro” by Mozart, sung in Italian. These are more playful ruminations on romantic love, sung with great energy and winning expressiveness from Austin-Muehleck.

Then they transitioned to Spanish with Austin singing “Tonadillas al estilo antiguo” by Enrique Granados and his “Sorrowful Lover” trilogy. These are quick little tormented and passionate accounts of being in love, keeping with the romantic theme of the evening. Austin-Muehleck returned with a performance of “Sechs Lieder op. 48” by Edvard Grieg, wherein she sang five short poems by different writers that have been put to song.

Both Austin and Austin-Muehleck are in the studio of Kenneth Bozeman, vocal instructor, so Austin thought it would be appropriate to sing some pieces that Bozeman himself wrote to show appreciation to the person who has helped her grow into the incredible vocalist she continues to become. She performed his “Three Psalms.”

We ended the night with the two performing some musical theater. First, Austin-Muehleck  performed “You Don’t Know This Man” from “Parade,” and then “The Beauty Is” from “The Light in the Piazza.” Austin followed with a performance of “The Greatest Man” by Charles Ives to close out the recital in a dedication to her father. All three pieces were light and lovely ways to end the night and the audience was left with their hearts full of love and joy, courtesy of two phenomenally gifted vocalists.