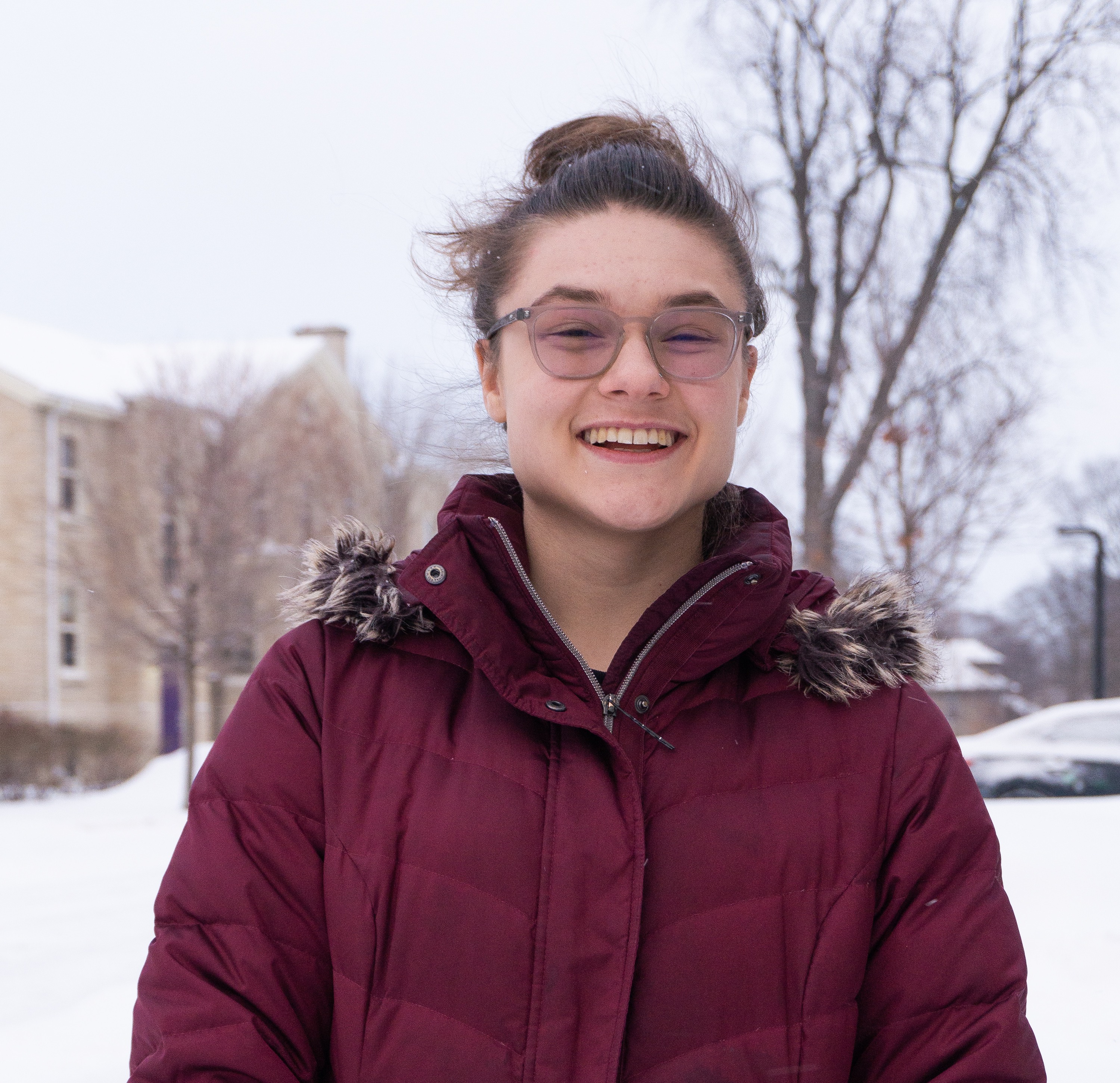 Junior Caroline Granner, or “Caro,” as she’s affectionately known by her friends, is full of enthusiasm and creative energy. An avid actress, playwright and singer-songwriter, you might recognize Granner’s name as she’s been involved in everything from acting in musical productions like “Next to Normal” to singing her original tunes as a featured artist in the Tiny Box Series. And now, her play, “Sandbar,” is featured in the upcoming Fred Gaines Playwright Series.

Born into a musical family, Granner has been singing and writing music for as long as she can remember. When she was four years old she wrote her first concept album about how much she wanted Paul, a horse from her cousin’s birthday party, to come live in her basement.

Her first foray into theatre came at age 10, when her parents sent her to a summer theatre camp putting on a production of “The Jungle Book 2.” Despite feeling painfully shy, Granner loved it, and performing became an incredibly important expressive outlet for her.

“I was so shy in my everyday life, I couldn’t even talk to waitresses, and then I would get up in front of the entire school and sing ‘All-Star,’” Granner reminisced before adding with a laugh, “I was a total meme.”

Studying theater arts at Lawrence, Granner took a playwriting class last year with J. Thomas and Julie E. Hurvis Professor of Theatre and Drama and Professor of Theatre Arts Timothy X. Troy. From this course, her play, “Sandbar,” ended up being chosen as one of the three plays to be performed this term as part of the Fred Gaines Playwright series.

“‘Sandbar’ is about liminal spaces or the in-between places of life, identity and relationships,” Granner explained. “Specifically it’s about how different people navigate busy culture and still reach each other and love each other.”

Recently, Granner has also found herself gravitating more and more toward music. In the fall, she took the American Roots music lab with Dean of the Conservatory of Music Brian Pertl and singer-songwriter Cory Chisel.

“Being in class completely reconfigured the connection I felt to being an artist,” said Granner. “It put me in touch with the gut level joy of creating again and it’s really easy to lose sight of that between academics and training. Not that all that isn’t important, but it’s easy to lose yourself in that, which I had.”

Currently, Granner is transitioning more of her focus toward singer-songwriting and is curious to see how she can meld the two worlds of music and theatre in new and innovative ways. Another upcoming project she’s involved in at this interdisciplinary intersection is “Breathe,” a water opera that will be performed next month as part of Lawrence University’s Dance Series.

Looking back on her work as a theatre artist, Granner wonders if it was music that originally drew her to theatre, as she has always viewed theatre as a fundamentally musical thing.

“I get a lot a lot of fulfilment from communicating my own story,” said Granner, “and that’s what I get from music that really draws me to performing and creating.”

You can catch Granner’s play “Sandbar” on Feb. 28 and Mar. 1 and 2 at Stansbury Theater. “Breathe” will be performed on Mar. 30 and 31 at the Wellness Center Pool.