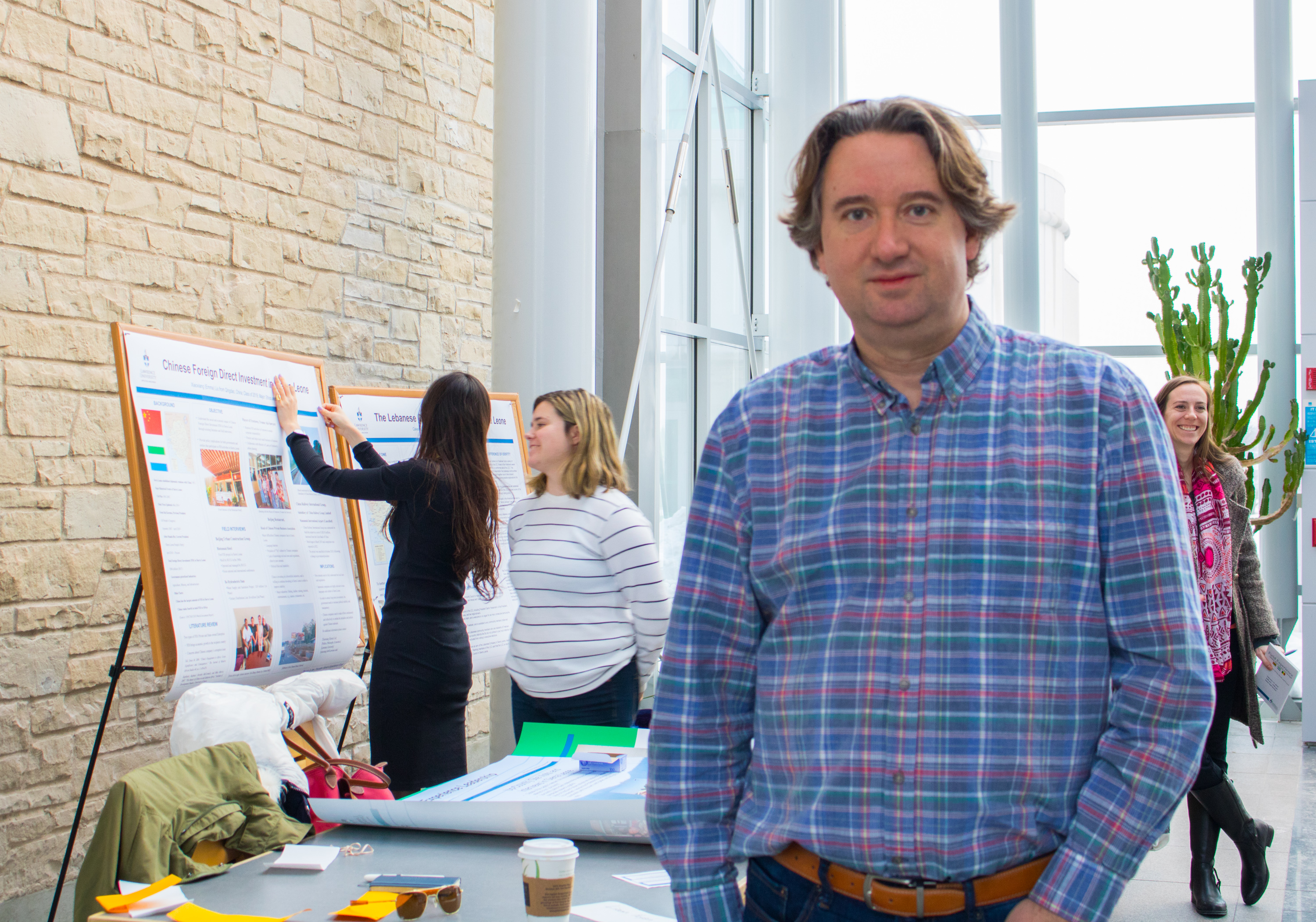 This lecture and the discussion that followed took place in the Esch Hurvis Room of the Warch Campus Center at 11:15 a.m. on Tuesday, Feb. 12. This cultural competency lecture was sponsored by the Office of Diversity and Inclusion.

Smith’s lecture revolved around Dearborn, Mich., and the trips that he has been leading there for the past eight years.

Dearborn has the largest concentration of Arabs outside of the Middle East. Each year, he brings four to five students with him to visit mosques and speak with Muslim leaders.

According to Smith, Dearborn is considered “a lightning rod for controversy and fear” because of the way the media portrays this small city just outside of Detroit.  Despite the extreme forms of Islamophobia present in Dearborn that are shown in the media, Smith and his students claim that the city is actually extremely wealthy and successfully integrated. They claim it to be a successful immigrant community.

Most of these immigrants are from Lebanon, Syria, Iraq and Yemen—countries at the heart of President Trump’s travel ban. Dearborn is home to so many immigrants because of the Ford Motor Company that provided good jobs for immigrants. Having access to well-paid jobs created a draw for people and then having other immigrants there added onto that.

After Smith explained some of Dearborn’s history and discussed the circumstances in the city currently, he introduced some of his students who had previously gone on the trip.

Senior Jonathon Rubin went on the trip to Dearborn with Smith twice and spoke on the importance of breaking down barriers and getting to know people who may different from us.

Senior Meghan Murphy spoke on the desire of the citizens of Dearborn to have their voices heard. Murphy explained that the media often takes away these people’s voices, so the citizens are especially eager to share their story.

Senior John Newhall, who has been on the Dearborn trip twice, discussed the importance of engaging in a community.

Newhall spoke of the difficulties in studying religion from the outside and how difficult it was to understand a group of people while sitting in a classroom versus actually talking to them. Newhall also said that these human interactions were a way to combat fear and humanize those whom the media are discussing.

Questions were allowed after the students finished speaking. Smith finished his lecture by informing the audience that “mosques and Muslim institutions are our best friends in the fight against extremism.”

Smith explained that extremists are not connected with Muslim communities and the communities wish to end extremism as well.

Smith also encouraged all audience members to visit other communities to interact with those we may not understand. He emphasized the value of being able to have friendly dialogue with others, even on topics that we may disagree on.

The trip to Dearborn will continue, but Smith will now be alternating with Assistant Professor of Religious Studies, Constance Kassor.