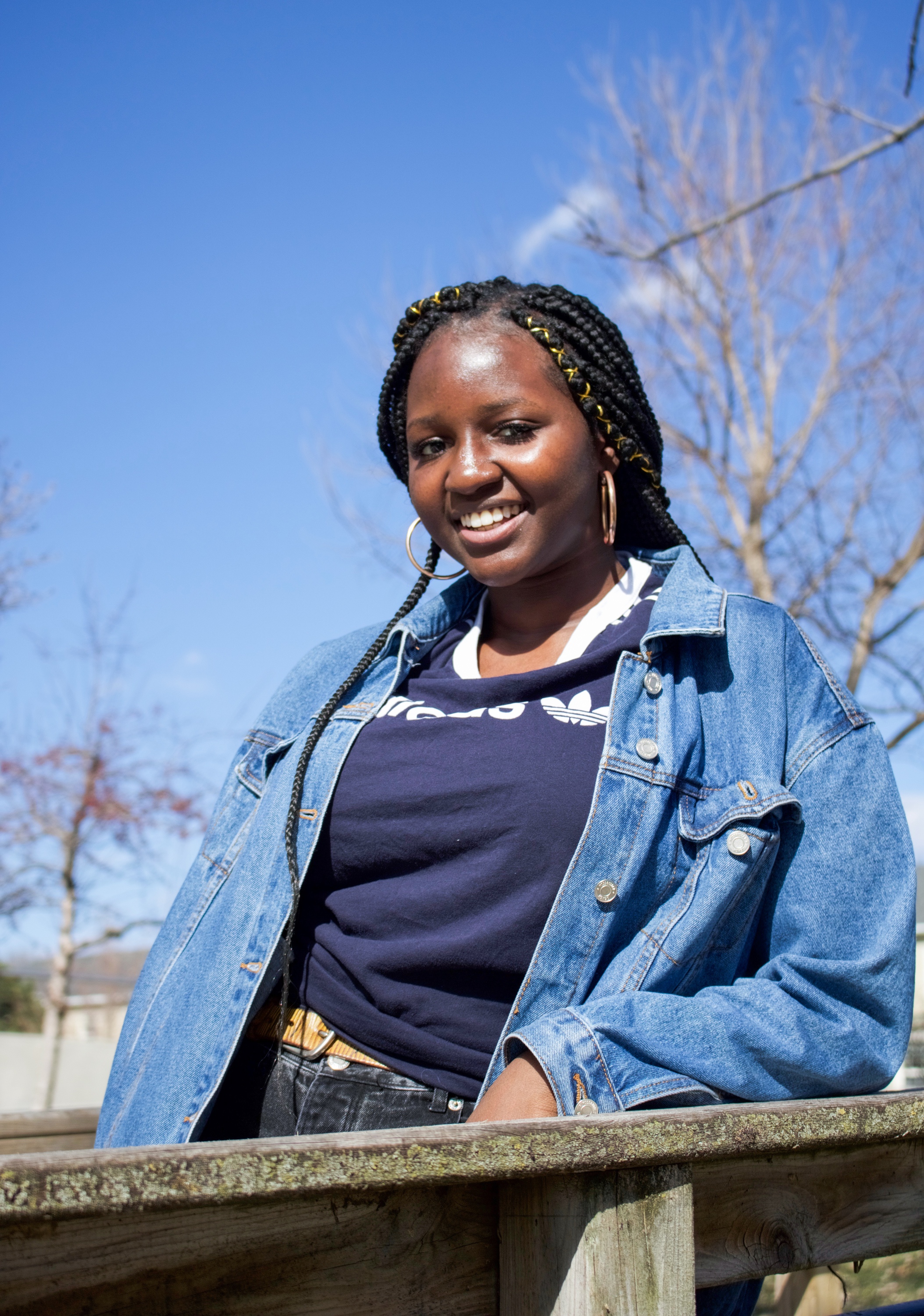 Sophomore and President of the Black Student Union Awa Badiane.

To identify as a womxn is to expect solidarity with others who identify the same way. The assumption that there is a universal womxn experience erases the nuances and variety that exists. This column seeks to address the intersections that exist in an effort to celebrate and deconstruct the reality of being a womxn.

As current President of the Black Student Union (BSU), a chair member of Community of Diversity Affairs (CODA) and a content developer at the Office of Communications, sophomore Awa Badiane has the reputation of being just a bit busy. After months of organizing and anticipating POC Empowerment Week and the annual production of Cultural Expressions, Badiane finally feels like she can rest.

The energy created by the acknowledgement and celebration facilitated by the BSU that week was considerably dampened by The Lawrentian’s choice to use Badiane’s satirical portrayal of a racist stereotype as a summation of the event. There was outrage and hurt, but to Badiane, it sadly exemplifies the life of a Black womxn at a predominately white institution.

Badiane spoke at length about the independence that is fostered in New York City, but living there does not mean total freedom. “Womxn have to map out the way they walk in public spaces,” Badiane explained. “At certain times at night, you know you can’t go to certain places. Growing up in New York, I was so aware of being a womxn. [Cat-calling] is so backwards. You’re scared of getting those calls and when you don’t get those calls, you [resort] to thinking ‘Damn, I really must be unattractive.’ It is the weirdest dichotomy ever.”

An article Badiane recently read referred to the paranoia that comes with this phenomenon as spatial injustice. Public places become associated with fear and womxn are taught to be constantly vigilant. Rather than blame the assaulters, womxn are shamed for even daring to complete the simple act of walking to their destination.

As with most things, growing up in New York City does come with a silver lining. Examples and legacies created by New Yorkers like Congresswoman Alexandria Ocasio-Cortez empower Badiane. The constant exposure to various cultures also made diversity seem like a natural facet of life. “It’s interesting because when I was growing up, I was never aware of my race,” Badiane said.

“I grew up in Harlem, so everybody looked like me. Everybody in middle school looked like me or were Latinx—so they still looked like me. I went to one of the most diverse high school in the most segregated neighborhood in all of Manhattan.” Badiane maintains that while New York City is far from perfect, it has an inherent model for diversity that other places should aspire to recreate.

For better or for worse, Badiane has become hyper-aware of her race because of interactions with peers who hadn’t been exposed to the same diversity she had been. “A lot of white people [at Lawrence] get put into a space where they have to interact with people who they perceive as different because of their race and then they get nervous,” Badiane explained. There are assumptions, based on terrible forms of representation broadcasted by the media that change the way white people interact with people of color. Badiane can physically see the fear of being “cancelled” controlling such interactions. “Just interact with me!” she said, “If I say something disrespectful, I would want people to call me out. I have a right to call out racism, but it’s up to the person to take that criticism and put in that effort to better themselves.”

The intersectionality that she retains as a Black womxn who suffers both race and sex discrimination will never be erased, but often she feels as if her race has become the most prevalent aspect about her. “Being Black in general affects you [at Lawrence],” Badiane explained. “Sometimes I feel like I have to separate the two. [It may seem like] my Blackness is the reason [for certain behavior] or my womxness, but I know it’s both.”

The dissonance Badiane felt is one of the reasons why she recently has leaned towards the social theory of womanism over feminism. The distinction between the two is that womanism focuses on the experiences of Black womxn over the historic marginalization that traditional feminist structure allows. Womanism has increased in popularity as feminism and its history have undergone reexamination through a contemporary lens.

Badiane tries her best to remain positive and passionate in the face of such adversity for the sake of her family. Laughing, Badiane recounts how at her high school graduation her sister accused her of “doing too much” once she saw the number of awards Badiane received. It was a joke, but Badiane credits her ambition for the success she has experienced so far. In the same way, Badiane constantly refers to the inspiration she received from older students, Badiane has made her presence known at Lawrence. Her voice has become an important one during campus discussions and many look to it for leadership.