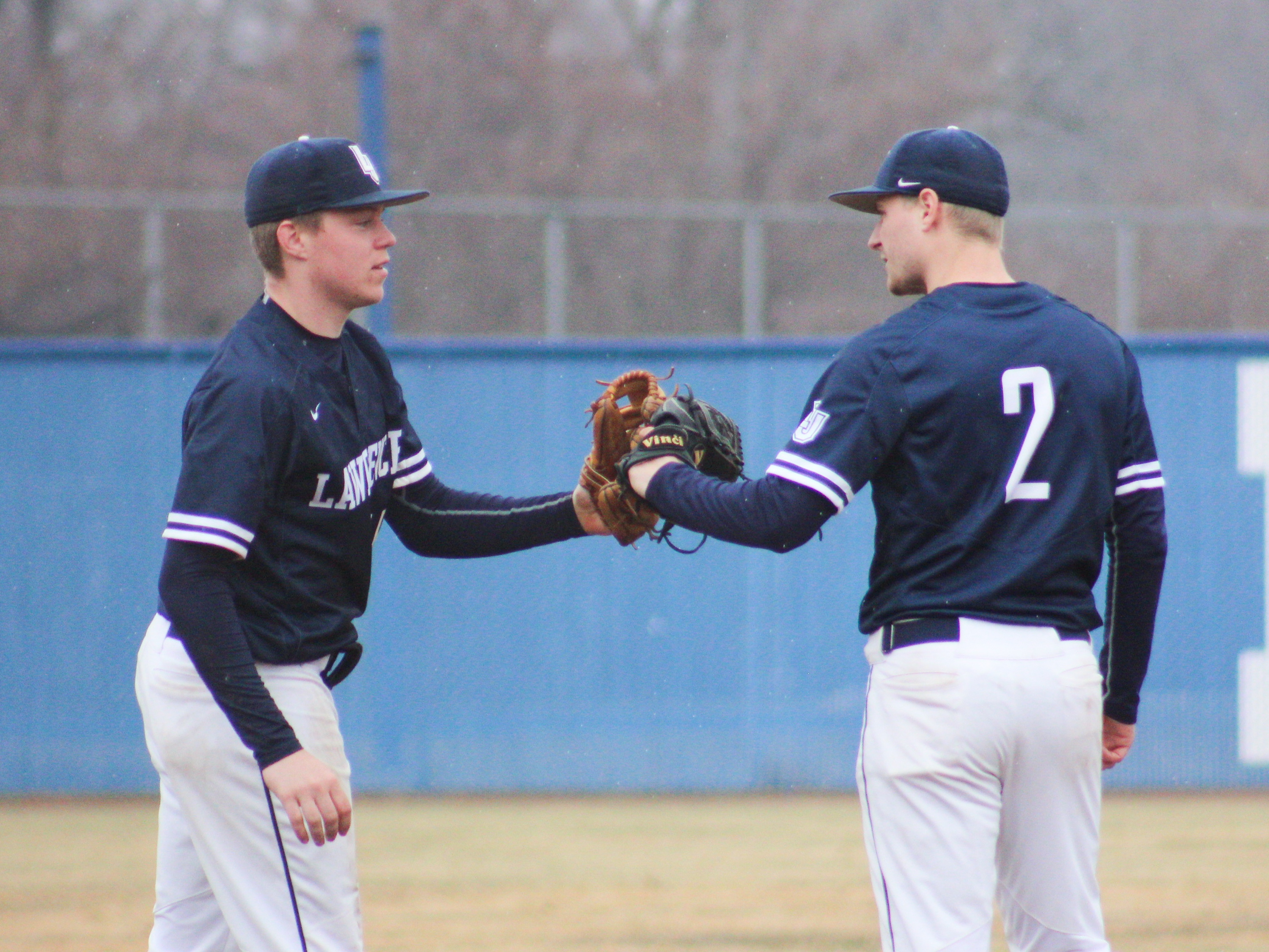 Thanks to the weather, many teams have had to move their spring season schedules all around in order to accommodate for Mother Nature. Baseball is definitely no exception. At this point in time, the Vikings were supposed to be 10 games into their conference season. However, they have only now completed their sixth conference game.

The Vikings started their conference season with a series against St. Norbert College. Even this series was affected by the weather. They almost made it through without a hitch, but due to weather, ended up finishing a game the following day at St. Norbert. The Green Knights swept that series and you have to wonder if the weather had anything to do with it.

The weekend of Apr. 13 and 14 was supposed to consist of four home conference games: two versus Monmouth and two versus Cornell. Softball had an identical schedule on the docket. However, thanks to the chilly temperatures and the three inches of snow, those games were not played. Softball ended up playing Monmouth in Lake Forest, just so they could get a conference game in. Baseball was not so fortunate and had to postpone all four games.

Fortunately, the Vikings’ baseball team was finally able to start their series against the Chicago Maroons on Tuesday, Apr. 16. The team travelled to the University of Chicago to play the first two games of the series in the middle of the week. A big rally in the first game left them just short and lead to a Chicago sweep of the double header. Chicago won the first game 10-8 and the second game 12-2 in only seven innings.

Freshman Spenser Ross continued to shine, as he has all season, going 4-for-4 in the first game with a double, driving in a couple runs for Lawrence. He was followed by senior Nolan Spencer who went 2-for-3, also with a double and scoring a couple runs. Freshman Clayton Agler also helped the team out by scoring a run while going 2-for-5. This opening game had a slow offensive start for the Vikings, picking up only in the eighth and ninth innings.

The Vikings went into the eighth inning down 10-2. They began to close the gap with a run-scoring double by freshman Jacob Charon and an RBI from Spencer. They headed to the ninth inning still down 10-4.

The ninth inning was Lawrence’s big rally inning. Agler and junior Patrick McDonnell started the inning with a pair of singles. Junior Rudy Mueller-Schrader had a well-timed walk to load the bases for the Vikings. Junior Reno Zemrak smashed an RBI single and Spencer followed with another RBI. Ross smacked a double, scoring Mueller-Schrader and Zemrak, cutting the lead to 10-8. It was only after their third pitching change of the inning that Chicago was able to get their third out with a pop-up. This was an admirable rally at the end of the game that came from the efforts of the entirety of the line-up.

Unfortunately, the rally energy did not flow over into the next game of the double header. Chicago and Lawrence both scored a run in the first inning, but Chicago was the one to capitalize after that. The Maroons scored five times in the following inning, once in the third, three more in the fifth and two in the seventh. The Vikings did, however, manage to get six hits in the game, include doubles from Agler and McDonnell. The Vikings ended up losing 12-2 in seven innings.

The Vikings are currently 0-6 in conference but have a lot of games left to play. As a team, their batting average holds at 0.285 with an on base percentage of 0.384. No one should be counting these guys out. They continue to perform in their games, coming just short of getting those wins. They continue their season with a series against Chicago on Monday, Apr. 22, at home at 12 p.m. and 3 p.m. Even with a lot of the season left to play, every game counts and these guys are looking to pick up a lot of wins in the near future. Go out and show support for your Lawrence Vikings.

Juniors Mike Brady and Tony Caputa keep spirits high as they battle Chicago. Thanks to the weather, many teams have had to move their spring season schedules all around in order to accommodate for Mother Nature. Baseball is definitely no exception. At this point in time, the Vikings were supposed to be 10 games into…